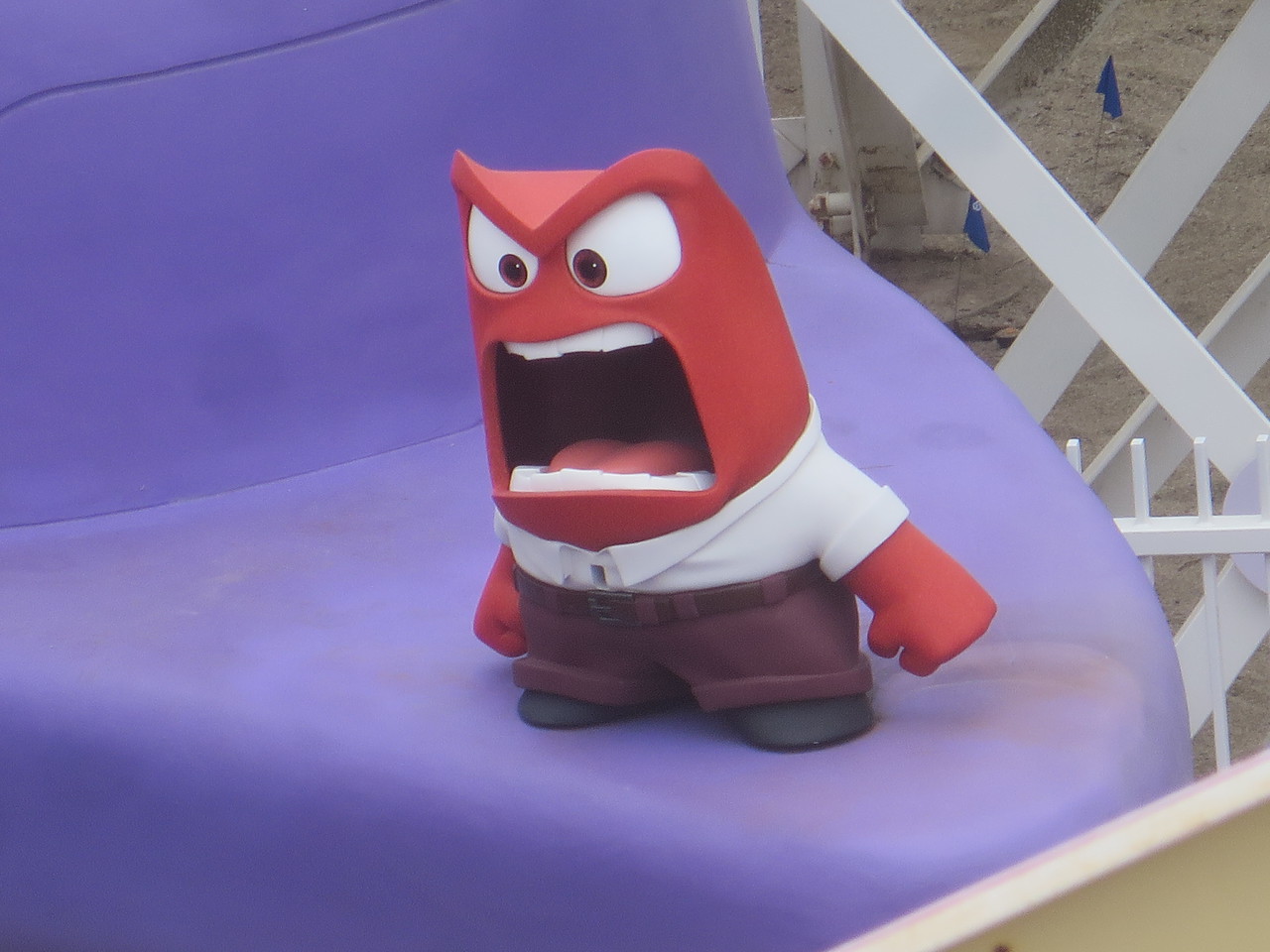 As we move into the third weekend that a certain galaxy isn’t so far, far away at the Happiest Place on Earth, we find that there’s still more to see and do with new and on-going projects.

In our pictorial this weekend, we’ll head over to Pixar Pier where Inside Out: Emotional Whirlwind is moving into finishing touches on a lot of its show elements as new thematic details appear and Bo Peep has made her debut ahead of the official opening of TOY STORY 4 in theaters. Meanwhile, the new Spider-Man attraction and Marvel-themed land continue moving at fever pitch with more metal reaching up towards the sky. We’ll also take a look at the new Tale of the Lion King show in Paradise Gardens Park which we missed during its debut last weekend.

At Disneyland, we take a few honorary spins on three special attractions which all celebrated their 60th anniversary on Friday having opened June 14, 1959 (Matterhorn Bobsleds, Submarine Voyage, and Disneyland Monorail) and we’ll scope out an odd change to a Disneyland opening day original attraction with the conversion of the Main Street Cinema into a retail location — a move which has sent many of our readers on social media into a vocal frenzy.

Plus, a new bridge has popped up over Magic Way as construction continues on the new Pixar Pals Parking Structure!

There’s more to explore with various bric-a-brac and of course a nice merch run at the end. All of this and more in our latest park pictorial! ENJOY!

The King Has Returned…

Tale of the Lion King is a fun new show that recounts the classic animated story through song and dance. ENDS September 2, 2019!

A limited edition pin commemorating the special milestone was released on Friday. 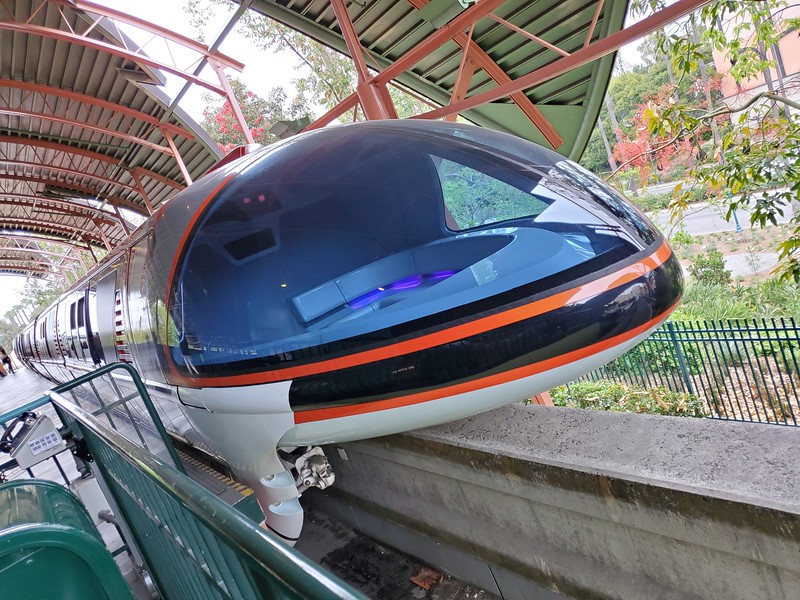 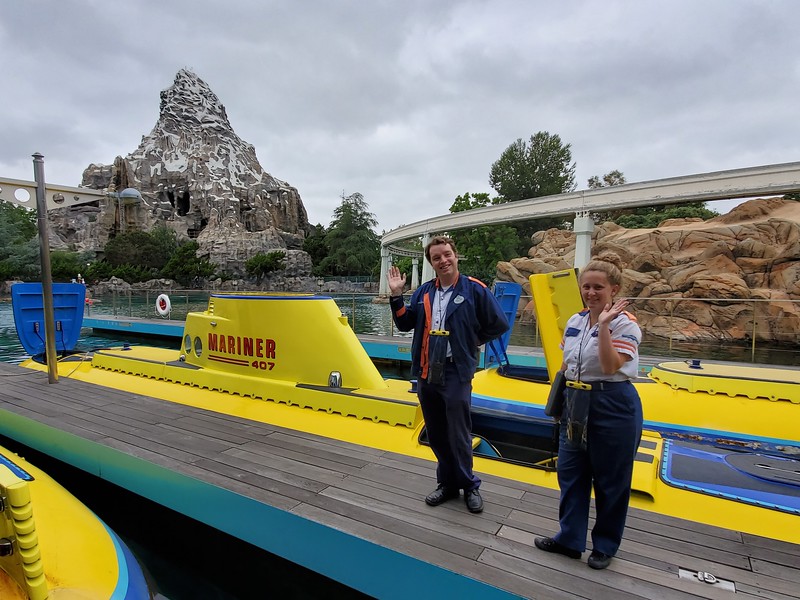 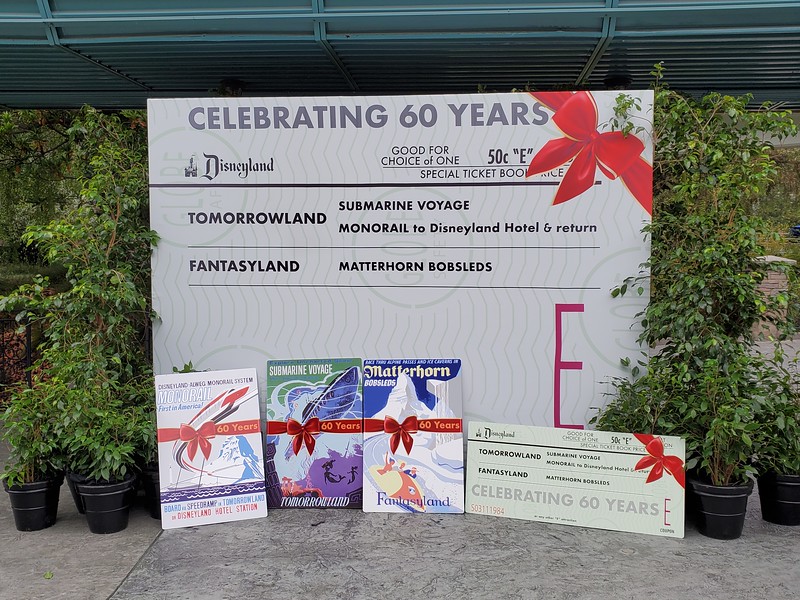 Special photo-ops were available all day to commemorate the special occasion. 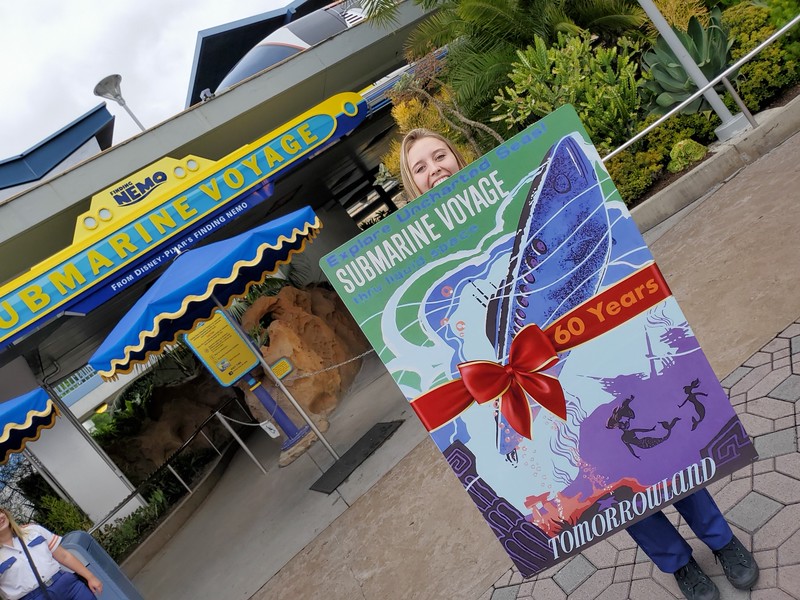 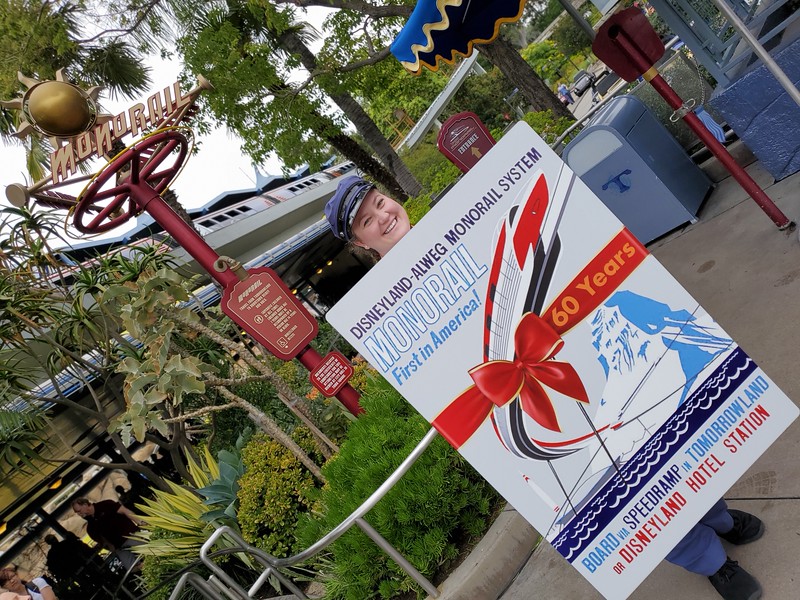 In a very unpopular — although not wholly unexpected — move, Disney turned the low-key classic Main Street Cinema into a new merchandise location. For now, the setup seems entirely temporary and even a little awkwardly arranged within the existing cinema which still continues to screen vintage Mickey Mouse cartoons.

It would seem the general consensus from very vocal fans on our social media is that during a year in which #Mickey90 is commemorating the legacy of Mickey Mouse, it rings entirely tone deaf to take the one place in the park that pays specific tribute to that very character (one who is literally the foundation upon which entire company was built — “it all started with a mouse”) and turn it into a cheap way to hawk even more of the exact same merchandise that can literally be found all around the Disneyland Resort, including other shops on Main Street (next door and directly across the street.)

It casts an ill spirit not just on the #Mickey90 campaign itself — which can arguably be defined as a strictly commercially driven endeavor — but also towards the respect to which the company pays to its own legacy and its fans. And yet, the move is not entirely unprecedented. Magic Kingdom’s similar cinema attraction was converted to retail several years ago.

With the recent Project Stardust aiming to soak up crowds and create more space and things for guests to enjoy, the timing of this also seems ill-suited. Perhaps a better use of this truthfully underutilized real estate could be devised. We always thought a sort of history of Disney, Mickey, and Disneyland setup in here would be kind of neat with each screen playing vintage footage of different important moments in Disney history. A sort of carrousel of progress in its own right.

Let us know your take on social media or in the comment section below! 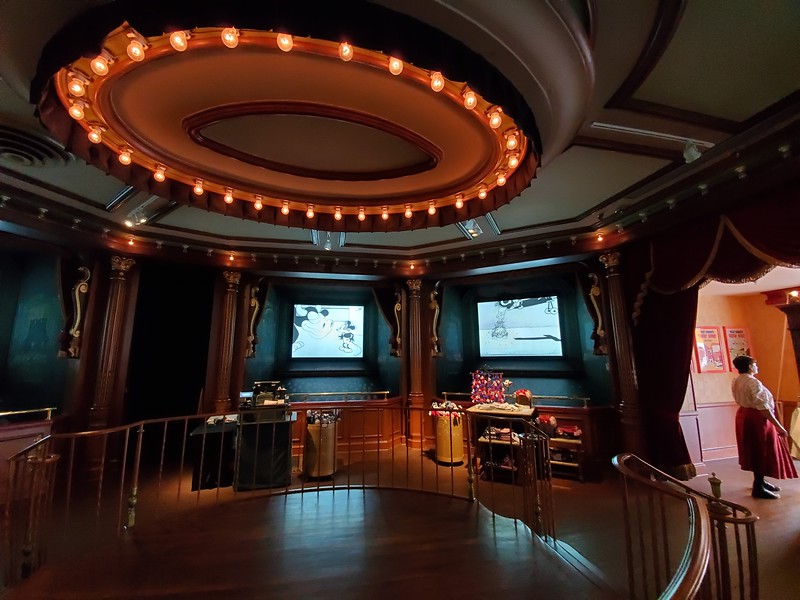 June gloom continues to lock its grey grip on the mornings at the Happiest Place on Earth.

Figaro is still gone. Been looking for that darn cat for several weeks now.

Alice was sympathetic to our plight. She too has been known to run into trouble with disappearing cats. Curiouser and curiouser!

The Adventureland sign seems to have more completed elements since we last checked.

Forky from TOY STORY 4 now greets guests as they come into Pixar Pier.

Also in anticipation of the TOY STORY 4 theatrical release next week, Bo Peep has made her debut in Pixar Pier. You can spot her, often with Woody, at various times throughout the day.

We’re happy to finally call off Zurg Watch. The toy has returned to Pixar Pier and can now be seen above the juice box at the Poultry Palace instead of on the ground as stroller target practice. This new location makes a lot more sense and turns a previously awkward photo-op into a hidden-in-plain-sight Easter Egg. Would be neat if the eyes occasionally flashed and a tinny sound recording emanated.

Things are getting colorful at the Inside Out: Emotional Whirlwind.

The dining area for Award Wieners is still under wraps.

Pixar Pals Parking Structure is looking so close to completion but still a ways to go. Will it make it for June 24th when Star Wars: Galaxy’s Edge opens to the general public?

Safety signals for official vehicles are already in operation.

Tables are in place for security screenings. The digital signage was not on today but lights on every level of the structure were!

Our guess is that a giant Pixar Ball is what’s currently under wraps here. It’s at the base of the three escalators, likely as a reminder for guests as to which side of the structure to head towards at the end of the night. Would be great for a similar Mickey structure to appear on the opposite side to complement.

The new bridge has certainly made significant strides since last weekend when there was none!

Early in the morning when we arrived, street access was blocked as the bridge was being placed.

There’s lots left to do on the Downtown Disney side of the bridge.

Walls are down revealing the foliage that’s gone up under the bridge.

Looks like Magic Way will once again house an entrance into the structure.

Magic Mirror and Imagination Pink are two new merchandise lines that are ready for the Instagramming.

Knick’s Knacks in Pixar Pier is ready for TOY STORY 4. 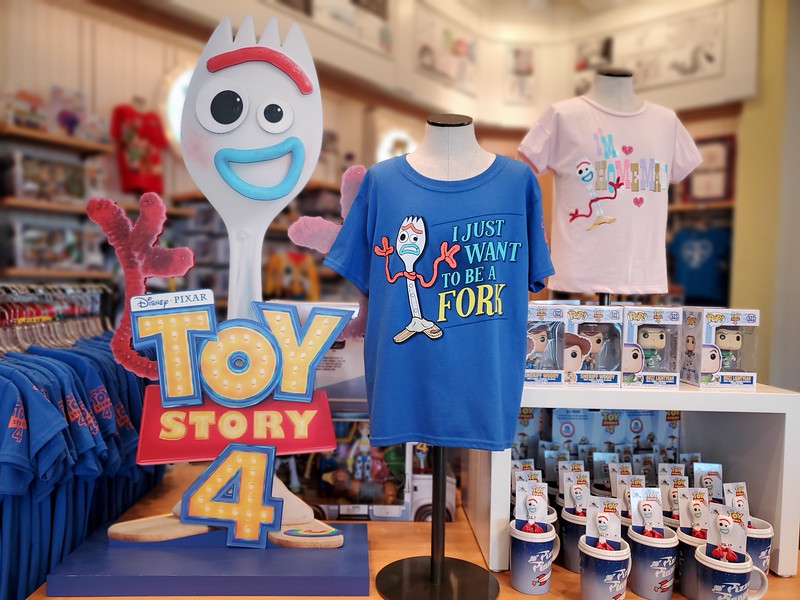 The Mickey 90th Anniversary doll pairs are on sale for $50. AP and CM discounts will still apply on top of this. 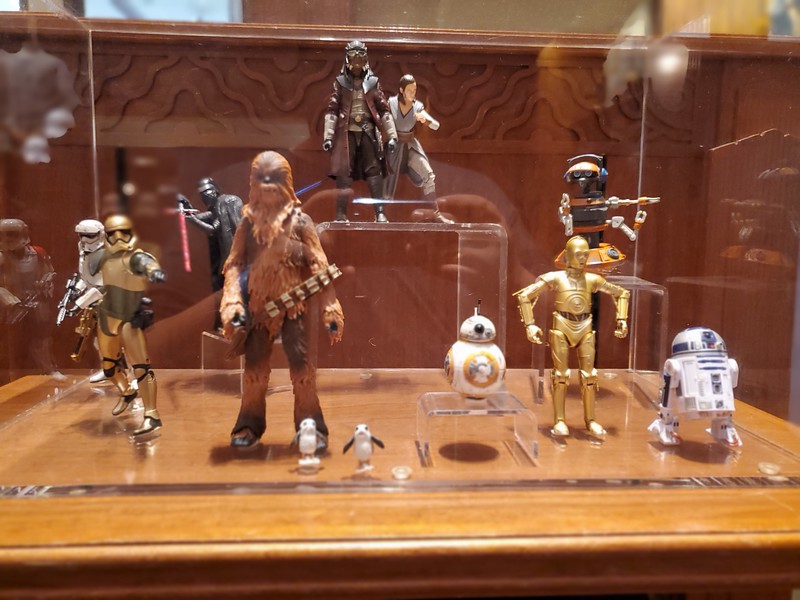 Have Your Own Reservation?

Guests who have reservations to access STAR WARS: GALAXY’S EDGE should receive communication about how exactly the check-in process will work for accessing the unprecedented new expansion at Disneyland.

Below are the details on what to bring, how to check in and how to enter the land.

MORE INFO: HOW TO: Use your reservation to access STAR WARS: GALAXY’S EDGE at Disneyland

Disneyland (along with Disney Parks locations around the globe) have begun showing a TOY STORY 4 extended preview which includes a custom intro by actor Tony Hale. ENDS JULY 7, 2019.

Are you ready to go Soarin’ Over California again? You can charter your own flight now! ENDS JUNE 30, 2019. 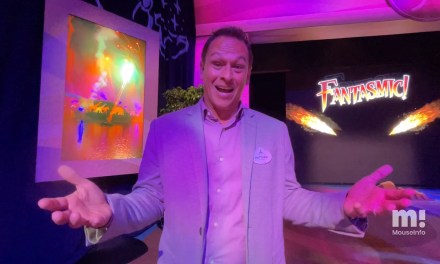