One of the most highly anticipated pavilions of last weekend’s D23 EXPO was the Walt Disney Parks and Resorts. Although Disney announced from the get-go that the Pavilion would focus on Shanghai Disneyland and Pandora: The World of Avatar, many fans still held out hopes for concept art or other tidbits for the dozens of other projects on Disney’s horizon including Star Wars, Marvel, and re-branding for Disney’s Hollywood Studios in Florida.

Alas, what was announced was what was delivered.

Pandora: The World of Avatar

The Pandora: The World of Avatar exhibit was more of a tease for the upcoming land at Disney’s Animal Kingdom. The mini exhibit boasted waits of an hour or more for a rather uninformative exhibit featuring a specifics-bare diorama of the new expansion plus a few tiny tidbits and concept art for the new land.

The conceit for the pavilion is that Alpha Centauri Explorations (ACE) has setup shop in the pavilion to offer a look at the Pandora that’s being prepped for guests to visit. Based on the storyline from AVATAR, we’ve learned a lot about respecting this beautiful world and the ACE team is prepping the world to be able to accept guests and teach them about how to respect nature and explore Pandora’s may wonders. The diorama on display had lighting that changed from day to night to showcase the bio luminescent features of the land to mimic the look of the world as seen in AVATAR.

The majority of the footprint for the exhibit was taken up by the Shanghai Disneyland displays taking a look at every square inch of what’s currently under construction in China. From the park itself to the hotels and the DisneyTown shopping center. This is the new shopping district coming to the resort. DETAILS: Disneytown at Shanghai Disneyland Find out even more about Shanghai Disneyland here. 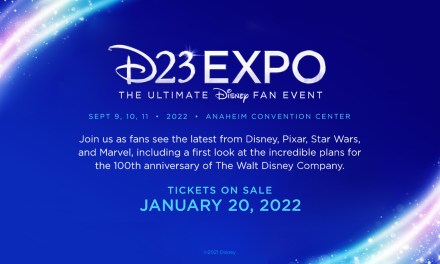