Fantasyland is often seen as the heart of the Magic Kingdom style parks. It stands as a symbol for the whole park which itself is a fantasy dream come true. The new version being created for Shanghai Disneyland features a few familiar favorites given some updates!

Every Fantasyland has a castle marking its entrance and Shanghai Disneyland’s will feature the largest ever in a Disney Park, the Enchanted Storybook Castle will be home to select shops and restaurants and also have the Voyage to the Crystal Grotto boat ride traveling right through it.

Some of the highlights for the land include  Seven Dwarfs Mine Train similar to the one in Orlando and Peter Pan’s Flight with a newly developed inverted-coaster ride system that allows for varying speed throughout the adventure. The the traditional teacups attraction are given a whirl with a new theme as Winnie the Pooh’s Hunny Pot Spin. Plus, for the first time ever, Tim Burton’s Alice in Wonderland will be brought to life in a Disney Park attraction with the new Alice in Wonderland Maze.

Other details revealed thus far include “Frozen: A Sing-Along Celebration” and the new Tangled Tree Tavern. Fantasyland, inspired by Disney’s animated films, will be the largest of all the lands in Shanghai Disneyland and home to the majestic Enchanted Storybook Castle. The castle overlooks a storybook village and an enchanted forest, while exciting attractions immerse guests in beloved stories. Every corner of Fantasyland will offer a magical experience that embraces, involves, and engages the entire family.

In this fairy-tale paradise, guests will float through familiar Disney stories on Voyage to the Crystal Grotto, a fanciful excursion making its global premiere at Shanghai Disneyland.

This timeless land is for the young and young at heart, a place where fairy tales are born and live forever.

Guests will, hitch a ride on the Seven Dwarfs Mine Train ­– in and out of tunnels glowing with dazzling diamonds – and take flight over the skies of London on Peter Pan’s Flight. They may also explore the Hundred Acre Wood with Winnie the Pooh or follow Alice through a dazzling Wonderland maze.

Here is a sampling of what guests will experience, with more details to come.

Voyage to the Crystal Grotto

Voyage to the Crystal Grotto will be an enchanting excursion that travels the waters of Fantasyland. Fanciful fountains and sculptures line the water’s edge, celebrating classic tales of magic and imagination. At journey’s end, guests will glide beneath Enchanted Storybook Castle, into a secret, underground chamber in which fountains of light will leap and dance in shimmering pools, surrounding guests with magic, music and color.  The experience is sure to inspire the dreams and imaginations of all who make this wondrous voyage.

Inspired by Disney’s classic animated film Snow White and the Seven Dwarfs, this family-friendly coaster will take guests into a fabulous mine glittering with jewels, where the Seven Dwarfs sing happily as they work. Guests ride in a train of mine cars that winds through rolling hills, with views of pools and waterfalls as they leave the mine and dash on toward the cottage of the Seven Dwarfs. Each mine car is mounted in a cradle-like pivot that allows it to swing back and forth as the track turns. Guests will enjoy music from the classic Disney film, along with a cast of animated figures and helpful forest animals.

In the Hundred Acre Wood, Hunny Pot Spin is a delightful family attraction where guests ride inside whirling honey pots – in honor of Winnie the Pooh’s favorite food. “Hunny” is the way Pooh labels his ceramic jars filled with honey. Beneath a canopy strung with honey-dripping hives, friendly bees hum the Winnie the Pooh song to accompany the twirling guests. How fast each honey pot spins is determined by the guests, who will add speed by turning a wheel in the center of the honey pot. The honey pots, labeled in English and Chinese, are painted in loving detail, and each pot appears to be dripping with honey that oozes down the side.

Designed especially for Shanghai Disneyland, this maze is the first attraction at a Disney park themed to Tim Burton’s live-action film Alice in Wonderland. In the experience, guests will choose their own path as they wind through the delightfully whimsical world of Wonderland on their way to the Mad Hatter’s Tea Party. Along the way, they may encounter the Cheshire Cat, the White Rabbit and sculptures of characters, including the tyrannical Red Queen. In a maze of sculpted hedges, stone garden walls, giant flowers, and whimsical sculptures, there’s fun at every turn in this delightful family adventure.

Aboard a “flying” ship in Peter Pan’s Flight, guests will sail through the skies over London and off to Never Land. There, Peter Pan will lead guests through a series of remarkable adventures to confront the villainous Captain Hook and his pirate crew. With an exciting, new ride system, guests will soar as never before into this action-packed story of the boy who encourages imaginations to fly. In this classic attraction, updated for Shanghai Disneyland, new Disney magic brings the ships closer to the action and face to face with the characters, as they are engulfed in Pixie Dust.

Audiences atEvergreen Playhousewill join their Frozen friends and the villagers of Arendelle for a fun and frosty interactive showcase, packed with a ﬂurry of stories, songs and sing-alongs.Two amusing and engaging Festival Guides will host the celebration and introduce each magical musical number. Well-known characters Elsa, Anna and Kristoff will join the fun and guests of all ages will be encouraged to sing along with a few favorite Frozen tunes

Located in the Fantasyland forest, Tangled Tree Tavern is inspired by the Snuggly Duckling, the pub featured in Disney’s animated film Tangled, the tale of Rapunzel. Warped by time and the roots of the large tree nearby, Tangled Tree Tavern is full of rich details and an atmosphere befitting the boisterous ruffians and thugs in the film. Guests will enjoy a hearty meal in this lush woodland environment. 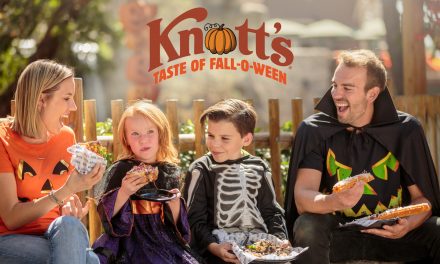