The Gardens of Imagination is a new concept developed for Shanghai Disneyland that aims to be a natural source of joy and imagination with whimsical gardens, enchanting experiences, and magical attractions that lead up to Enchanted Storybook Castle which will play  host to daytime stage shows and a nighttime spectacular.

The new area will also feature the Storytellers Statue that was originally created for Disney California Adventure. There will also be a Fantasia-themed Carrousel, Dumbo the Flying Elephants, and a new Teahouse restaurant.

Gardens of Imagination at Shanghai Disneyland

Created especially for Shanghai Disneyland, the Gardens of Imagination will celebrate the wonders of nature and the joy of imagination. Guests will leave everyday life behind to enjoy the seven whimsical gardens. They might take a spin on the Fantasia Carousel, soar on the back of Dumbo the Flying Elephant or explore the sights and sounds of Melody Garden.

Charming bridges and trails will form a crossroads to other lands in the park, making Gardens of Imagination the central gathering place to meet friends and family.  As guests stroll along the pathways, they may also meet Mickey Mouse and his pals. A terraced viewing area will provide an ideal spot to enjoy the Enchanted Storybook Castle stage shows and the nighttime spectacular.

This land will contain seven individual gardens with themes of family, friendship and fun: Garden of the Twelve Friends, Melody Garden, Romance Garden, Woodland Garden, Garden of the Magic Feather, Fantasia Garden, and Storybook Castle Garden. Each garden will be filled with engaging activities, floral and woodland displays, and playful photo opportunities.

At night, the mood in Gardens of Imagination will become dreamy, with music and a cascade of twinkling lights. It will be as if Tinker Bell and her Fairy friends are sprinkling enchanted pixie dust in every garden.

Here is a sampling of what guests will experience, with more details to come.

“Mickey’s Storybook Express,” a spectacular daytime parade, will transport fantasy, romance, music and merriment throughout several lands of Shanghai Disneyland. Traveling along the longest parade route in a Disney park, the parade will be led by a whimsical locomotive. A line of themed “train cars” will follow, each with its own exciting musical soundtrack and colorful cast of performers. Each train car will feature the characters, story and music of a favorite Disney film. With magical surprises, “Mickey’s Storybook Express” will bring the park to life with joyful energy.

Garden of the Twelve Friends

Garden of the Twelve Friends makes its global premiere at Shanghai Disneyland, starring Disney and DisneyPixar characters in Chinese Zodiac style. This whimsical garden features 12 larger-than-life mosaic murals, each depicting a Disney or DisneyPixar character representative of a Chinese zodiac animal symbol. A plaque explains the personality traits of each character. Guests will enjoy finding their own character and taking photos in front of the mosaic wall, created by Chinese artisans.

At the entrance to this land, a tall bronze sculpture of Walt Disney and Mickey Mouse will welcome all travelers to this happy place, Shanghai Disneyland. The statue is expected to be a popular photo location for guests, who may be inspired by Walt and Mickey’s spirit of friendship, and Walt’s dream of creating entertaining stories for all.

Fantasia Carousel was created especially for Shanghai Disneyland, with characters and symphonic music from the groundbreaking Disney film, Fantasia, including Mickey dressed as the Sorcerer’s Apprentice. Created by Chinese artists, this grand carousel will feature 62 magnificent, flying horses – Papa, Mama and Baby horses – and two chariots, painted in 72 optimistic colors. It is the first carousel in a Disney theme park to feature multi-colored horses, distinctly different from the traditional medieval-style horses at other Disney parks.

A circus has come to the garden, bringing with it one of Disney’s most beloved characters—Dumbo, the baby elephant, known for his huge ears. With the help of a magic feather and his friend Timothy Mouse, Dumbo learns to fly – and guests will have the chance to soar along with him. Sixteen elephant vehicles will carry guests through the air, offering a magical sky-high view of Shanghai Disneyland.

This timeless teahouse honors the restless, creative spirit of China’s wandering poets, as well as the diverse and beautiful landscapes that inspired them. The restaurant recreates authentic Chinese architecture, with symbols from the mountains, ocean, desert, forest and rivers. This will be the first time the story of “Wandering Moon” will be featured in a Disney park. Favorite Chinese dishes will be served at this quick-service location. 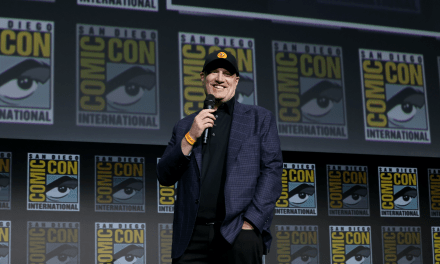