PICTORIAL: A tour at the Disney Studio in Burbank of Walt’s Office, the secretary’s office (Part 1 of 4) 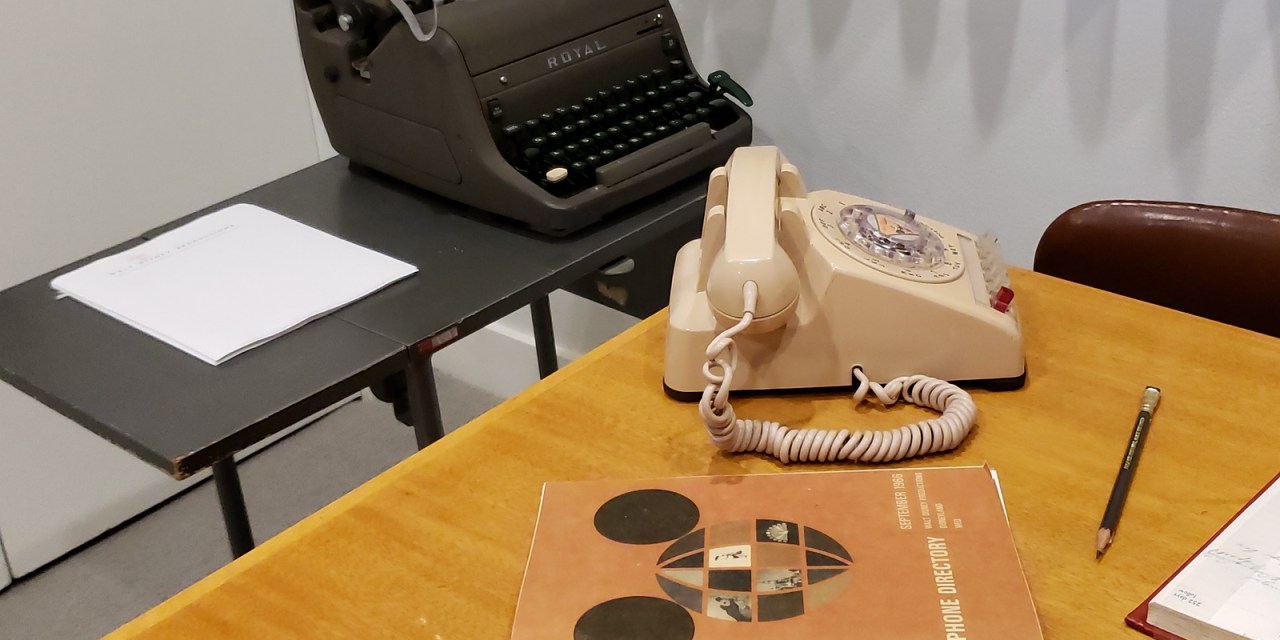 Today, we’re launching part one of four in a series of pictorials looking into the working life of the man himself, Walt Disney. The permanent exhibition of Walt Disney’s office spaces are only accessible by special invite-only tours for D23 members (and other special guests) and first reopened as an exhibit in 2016. We had a chance to tour the space for ourselves in 2018.

As with visiting any high-profile executive of a major company, your first stop will be the secretary’s office.

A modest wooden desk features an appointment book with its pages turned to April 22, 1966 — just a few months before Walt’s passing in December of that year. The September 1966 edition of the Walt Disney Productions / Disneyland / WED telephone directory sits nearby along with a Royal typewriter — ready to go with Walt Disney productions letterhead. Two commemorative ashtrays also adorn the desk, one promoting the Disneyland Hotel, the other the 1966 opening of the Anaheim Stadium. An additional standing ashtray separates two chairs in the waiting area.

The room is highlighted by a large display cabinet featuring several of Walt’s awards including a replica of the special Oscar statue he received for the 1938 animated feature SNOW WHITE AND THE SEVEN DWARFS. A fun piece in the collection that caught our eye was an Anaheim Halloween Festival Pageant Parade plaque from 1954 where Donald Duck was Grand Marshall.

Kind of obsessed with the serial label on the top left corner!