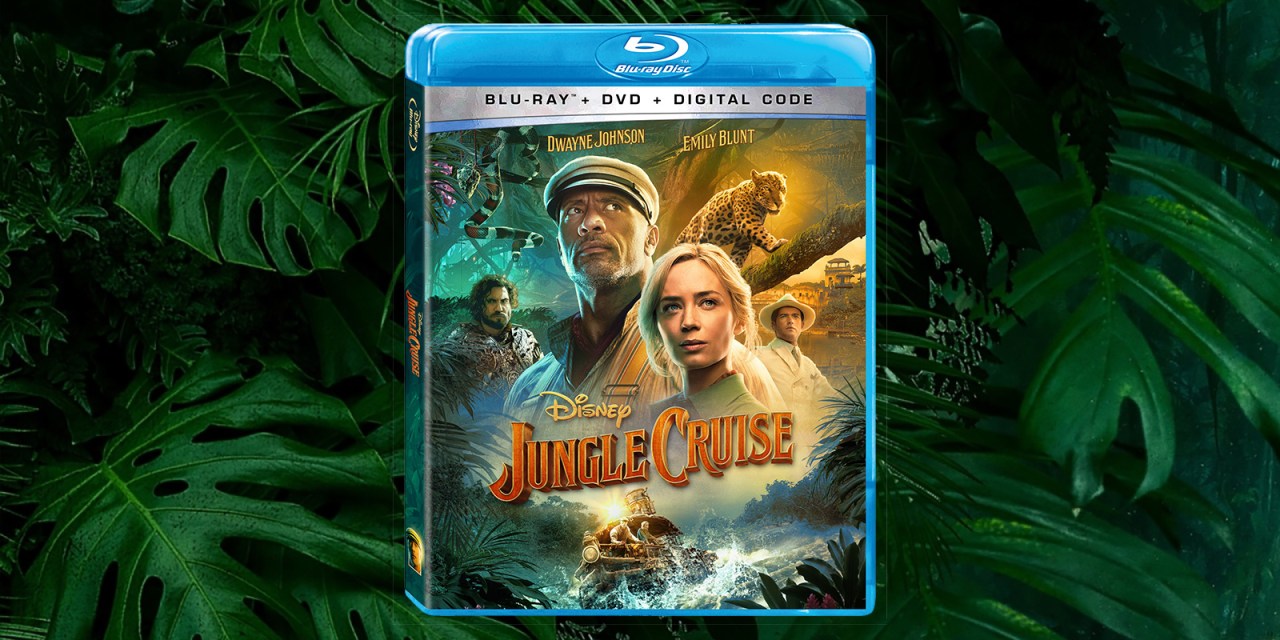 JUNGLE CRUISE is finally sailing home for its physical release after launching on digital earlier this year. Starting today, you can now also pick it up on 4K Ultra HD, Blu-ray and DVD. We had the chance to review a complimentary advance copy of the release in exchange for our thoughts.

Features to boast about here include never-before-seen bonus footage (which includes 11 deleted scenes, bloopers and featurettes) plus a fun Expedition Mode offering a new engaging way to enjoy the film. The release is also issued in Ultra HD picture and Dolby Atmos audio.

The bonus features can be summed up into two pieces: the fun expected extras and a meatier core. For the fun expected extras, we have always-hilarious Outtakes which are always way too short but when you have Emily Blunt an Dwayne Johnson in front of the camera the magic is just there. Jack Whitehall also has a few choice moments throughout.

Deleted Scenes are also a prerequisite on any self-respecting home release and the number included here is impressive.

As far as the more substantial elements to enjoy with this release, there’s perhaps most unique with Expedition Mode. This optional playback option (which you can access when you first try to play the movie) overlays fun facts and captions as the film plays offering more context and insights into the film and its mythologies. Expect trivia and other fun Easter eggs that make the film even more repeatable. While it would have been nice to pair some audio commentary, it’s still a fun way to take in the film.

Some of the other core features on this release take deeper dive into the production with the cast and crew from making-of pieces to shorter featurettes with specific focus.

It’s A Jungle Out There: Making Jungle Cruise is the required making-of documentary which does not disappoint. With insights and interviews from director Jaume Collet-Serra plus a myriad assortment of both cast and crew, we get a good dive into the making of the film that includes everything from casting and makeup to the use of an ancient indigenous language and creating an immersive version of the world that also the Disney parks namesake.

Creating The Amazon is surprisingly mighty piece exploring the very practical world of the film that was also balanced with a fair bit of traditional digital effects. We get a closer look at the design and conception of Frank’s boat, La Quila, which had to convincingly sail on water in the the blue-screen water tank in Atlanta. We also learn about the entire village from the beginning of the film that was completely built in Kauai plus the soundstage jungles (and junglfied Atlanta forests) that all stood in for the Amazon. There’s also some more traditional effect work to create Proxima and the Pirates of the Caribbean-esque conquistador creatures.

These two features combined make for a great in-depth look at the film. Then there’s some fun extras offering a more peripheral look.

Dwayne And Emily: Undoubtedly Funny features the film’s powerhouse duo talking about the project and their undeniable chemistry on screen; there’s even outtakes featured here that are not in the actual outtake reel showing how much fun they seemed to have on set — much to the chagrin of director Jaume Collet-Serra who mused how often they’d have to reshoot scenes because of the constant laughter.

Once A Skip, Always A Skip is a fun feature for Disney Parks fans filmed right at the attraction and featuring four Skippers of the world-famous attraction talking about their experiences becoming and being skippers. 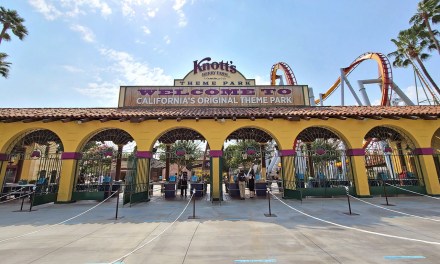