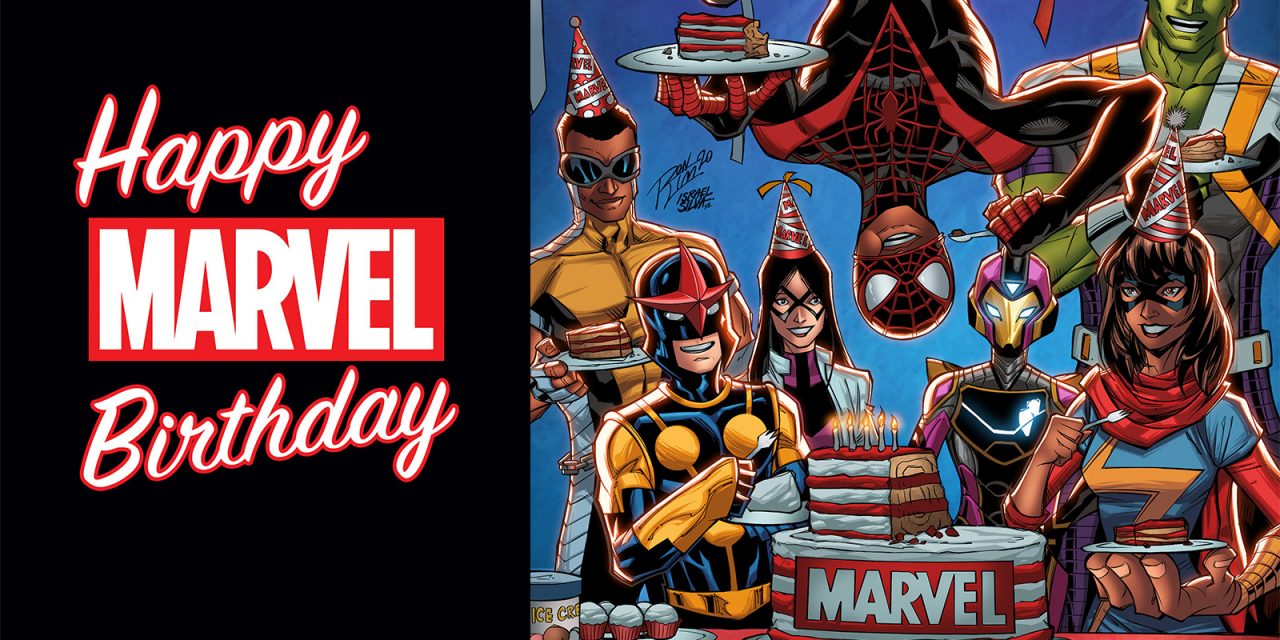 August 31, 2020 marks the 81st anniversary of Marvel and to celebrate, the comic company is issuing a slew of new comics, collectibles, apparel, games, videos, and more. 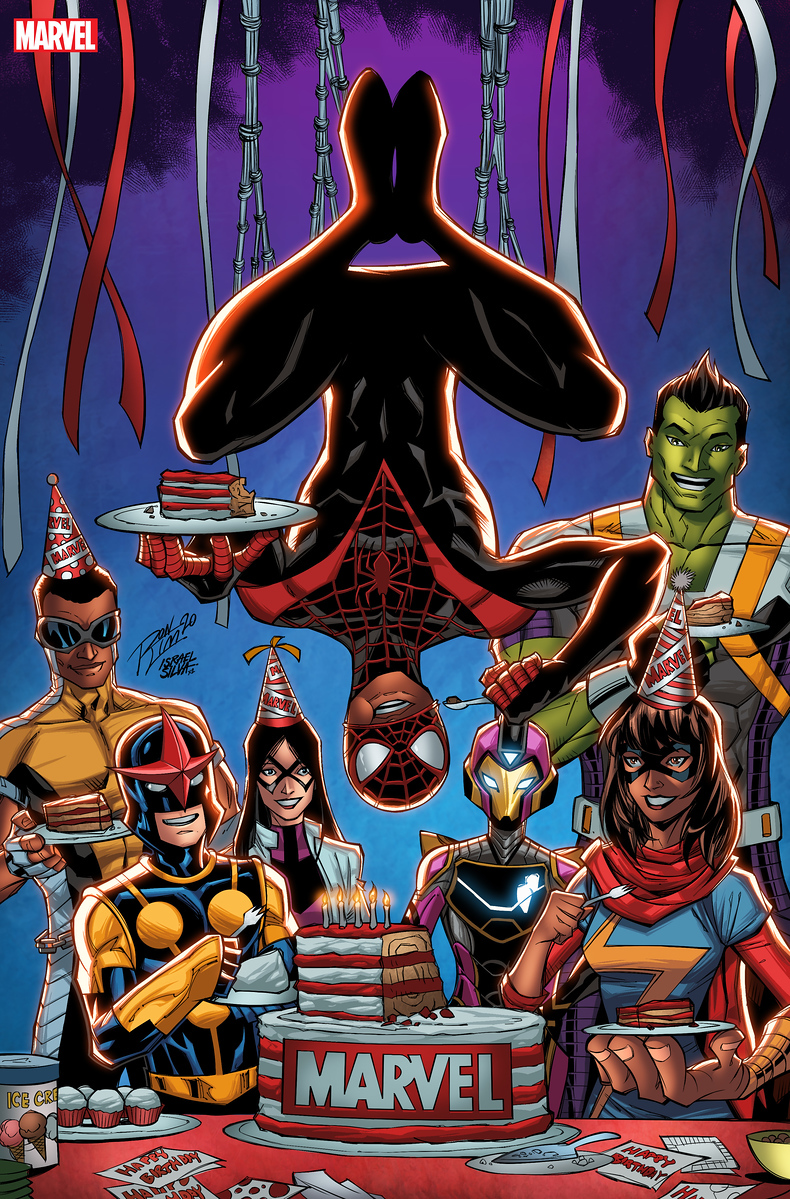 To kick off the celebration, Marvel revealed an original commemorative piece of art by legendary comic book artist Ron Lim and colorist Israel Silva, which comic book retailers will receive as a surprise variant for MILES MORALES: SPIDER-MAN #18 on sale next week!

Starting on August 31, fans of Lim’s commemorative birthday art will also be able to order limited-edition shirts and apparel featuring the stunning artwork of Power Man, Nova, Bombshell, Spider-Man, Ironheart, Ms. Marvel, and Brawn! These will be available in the Marvel Design Vault on Amazon and on key retailers’ e-commerce sites. Celebrate and showcase your own Marvel birthday spirit, or get it for the Marvel fan in your life as the ultimate birthday gift.

Marvel will also be launching and highlighting exciting products all week, including Eat the Universe kitchen items from Box Lunch, birthday card and cake decorating accessories, and brand-new, must-have fashions and graphic tees by Junk Food!

Comic fans will also be able to celebrate the House of Ideas’ special day by enjoying a new tale about Marvel’s First Family in the just-released FANTASTIC FOUR: ANTITHESIS #1, written by Mark Waid and drawn by Neal Adams  – marking the industry legend’s first-ever, full-length, high-stakes take on the Fantastic Four.

On August 31, 1939, MARVEL COMICS #1 opened the doors to the Marvel Universe for the first time ever, creating a tapestry of Super Heroes and stories that have gone on to shape pop culture for generations of fans around the world. Join your fellow True Believers online for special segments celebrating this momentous day on This Week in Marvel, Women of Marvel, Marvel’s Pull List, Marvel’s How to Draw LIVE, and Marvel’s Let’s Play, and tune in all week to hear from some of your favorite creators and editors celebrating 81 years of Marvel!

For those with a sweet tooth, tune in to Marvel’s social channels for Marvel’s top picks from our latest #MarvelMission, calling all True Believers to share their favorite Marvel-inspired birthday treat, from cake, cookies, pies – you name it! Follow along to see their creations using #HappyBirthdayMarvel.

At the end of the week, you won’t want to miss the highly anticipated launch of Marvel’s Avengers, on sale September 4 for PlayStation 4, Xbox One, Stadia, and PC! Marvel’s Avengers combines an original story with single-player and co-operative gameplay in the definitive Avengers gaming experience. What better way to celebrate Marvel’s birthday than assembling a team with your three favorite friends and defending the Earth from ever-escalating threats?

To learn more about what exciting things are in store for your favorite team of heroes, tune in to the next Marvel’s Avengers War Table on September 1.