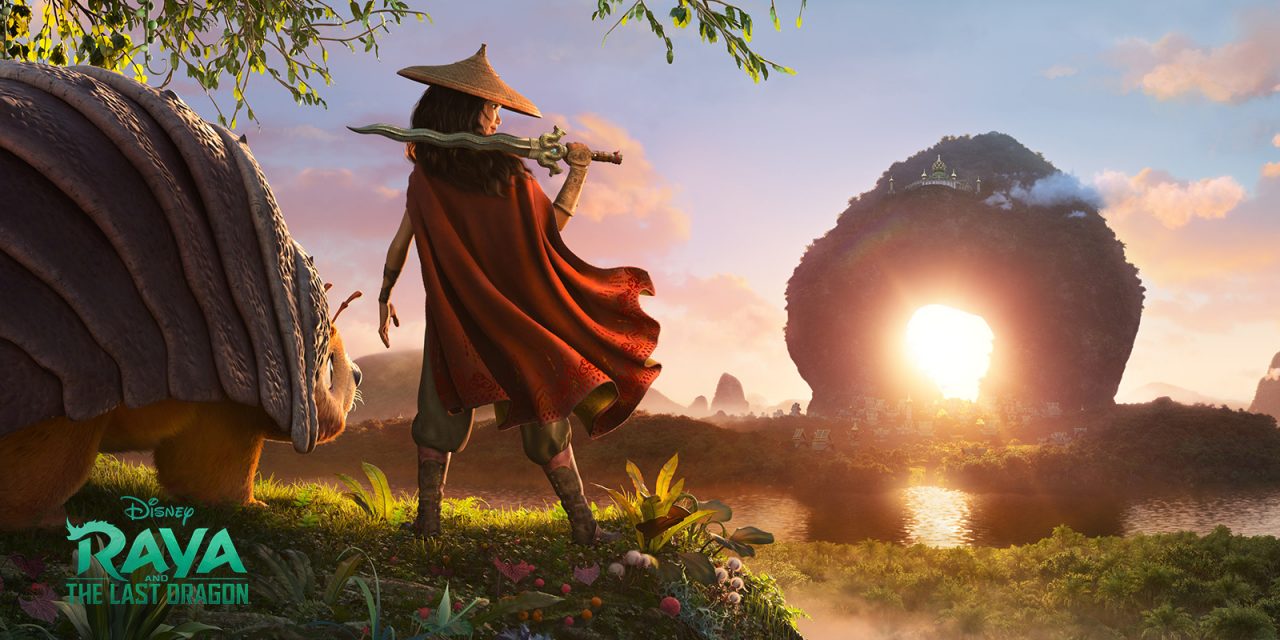 Today, Walt Disney Animation Studios unveiled the first look at warrior Raya and her trusty steed Tuk Tuk, from the upcoming RAYA AND THE LAST DRAGON. It was also confirmed that Kelly Marie Tran has signed on to voice the lead character Raya. She replaces Cassie Steele who was originally confirmed for the part at the D23 Expo last year. The film also stars Awkwafina as the voice of the dragon, Sisu.

Don Hall and Carlos López Estrada are directing, with Paul Briggs and John Ripa co-directing. Osnat Shurer and Peter Del Vecho are the producers, and Qui Nguyen and Adele Lim are writers on the project.

RAYA AND THE LAST DRAGON explores themes of community and hope, and inspired by the beautiful and diverse cultures of Southeast Asia, the fantasy-action-adventure should truly prove to be unlike anything Disney has tackled before. Raya, a lone warrior from the fantasy kingdom of Kumandra, teams up with a crew of misfits in her quest to find the Last Dragon and bring light and unity back to their world.

RAYA AND THE LAST DRAGON ventures into theaters March 12, 2021.