Halloween might be just around the corner but the Disneyland Resort is distracted-boyfriend-meme.jpg and already moving full steam ahead towards the Disney Holidays.

The Haunted Mansion Holiday has already debuted and it will soon be joined by “it’s a small world” Holiday and a host of other returning favorites. Meanwhile, decorations are starting to go up all around the parks including snow on the castle!

The Happiest Place on Earth remains one of the most crowded too as tons of fans descend to take in the last bits of Halloween Time cheer. Meanwhile, tons of construction continue from Star Wars: Galaxy’s Edge and the new Marvel-themed Super Hero Land, and more.

We’ve already taken you inside the recently-opened World of Disney but we’ve got a super in depth look at the new shop and some of the new magic awaiting customers inside.

We’ve got a massive Merch Run for you this week with a detailed look at the new Mickey Mouse Club collection, the myriad of new Disney Holiday merch, and much much much more in this latest park pictorial. ENJOY!

World of Disney: A Closer Look 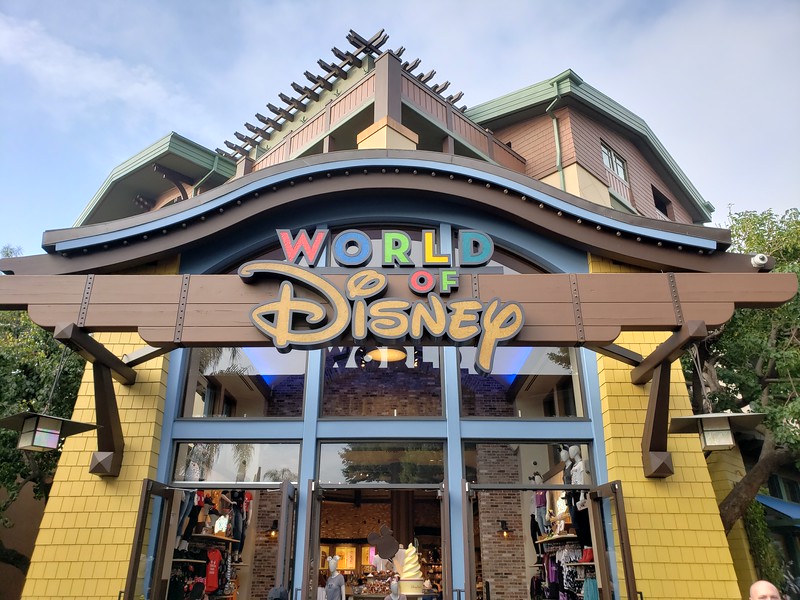 The new Downtown Disney World of Disney has officially reopened and we’ve got a great look at some of the details and layout for the new space which offers a layout that is far easier to navigate and a design aesthetic that is much more modern and relaxed; letting the merchandise stand out. JOIN US FOR A LOOK AT THE NEW SHOP!

So much to eat so little time left. See our full pictorial for more info and details!

Still no sights on the new wall that separates the Enchanted Tiki Room from Main Street. The Matterhorn Bobsleds, seen in the background, reopens November 16.

Meanwhile, we’re still celebrating Halloween Time but work is already under way to bring in the Disney Holidays. Snow has appeared on the castle as it usually does at the end of October. 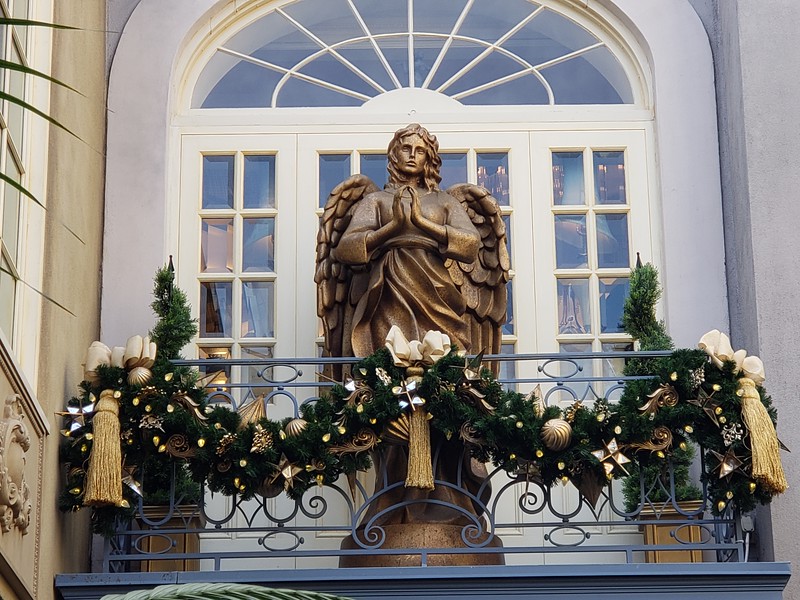 Christmas merchandise started creeping in last weekend and now the usual spat of decorations are also starting to appear in New Orleans Square. it seems a nice fresh batch is going up this year.

Gingerbread Cookies like the ones you can find inside of the Haunted Mansion Holiday ballroom can be purchased at the French Market. They’re ok but probably not worth a special trip on their own.

Christmas lights are starting to appear on the facades of “it’s a small world” Holiday which is currently closed for its seasonal layover. The attraction reopens November 6!

The Toy Shop is still behind refurb walls.

Baby foxes have been missing for a few weeks now. I wonder if they were stolen. 🙁

Did you get your Redd Funko figures? 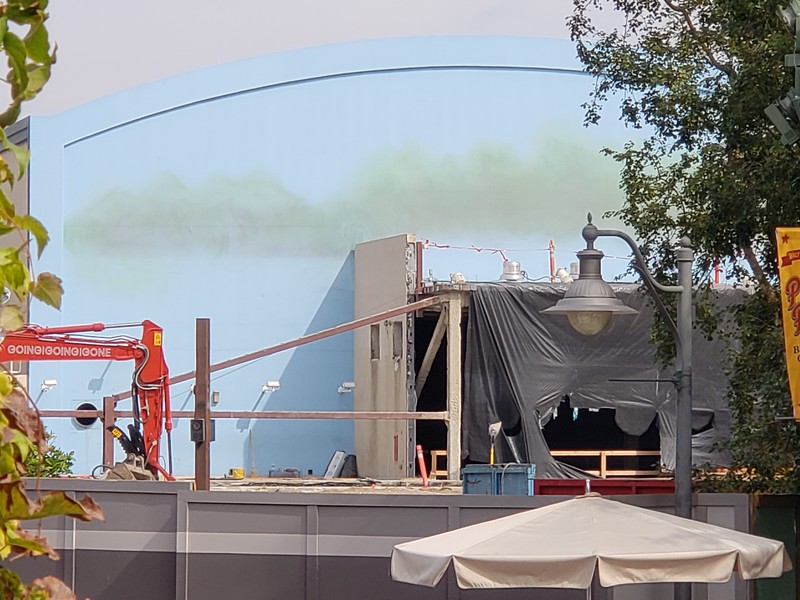 Demolition continues in “a bug’s land”. 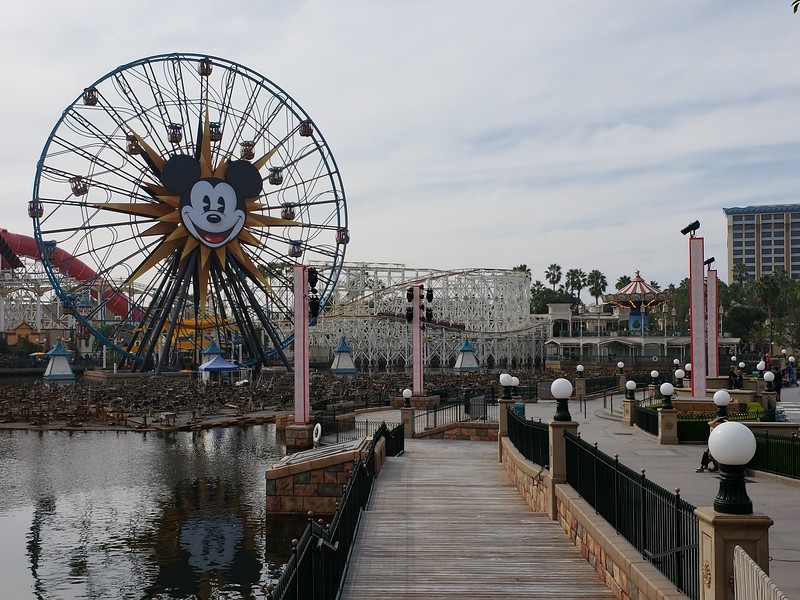 Disney California Adventure is also seeing the signs of the holidays coming what appears to be a proper stage for the seasonal entertainment that usually takes place here. 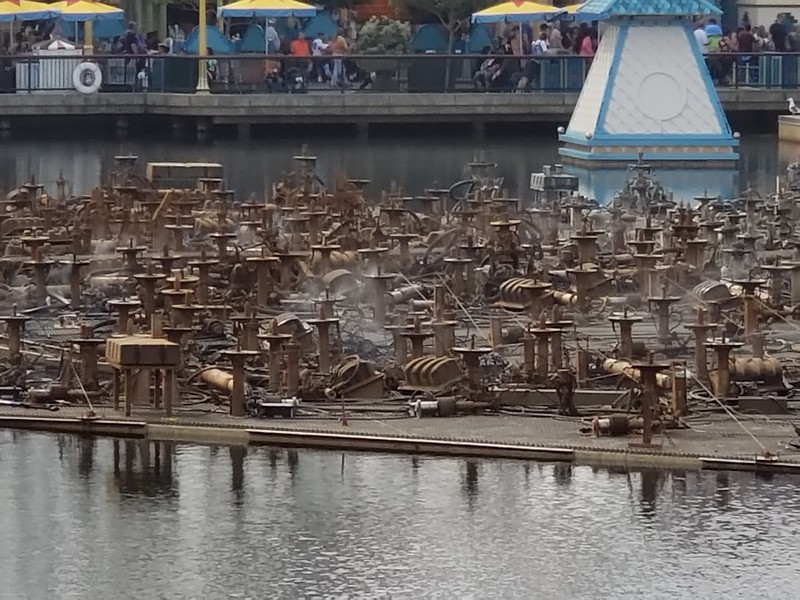 World of Color continues to move along through its extensive refurbishment.

Restaurants usually always go through a bit of tweak and adjust after opening and now that the Lamplight Lounge has been opened for a few months, we popped in to take a look. As far as we can tell based on our visit for the grand opening, it seems the only difference on the menu is that the Lobster Nachos no longer tout “house-made tortilla chips.”

Crispy Piggy Wings still have a horrible name for what is possibly our favorite thing on the entire menu.  The crispy tender juicy Pork Drumettes are tossed in Chili-Ginger Glaze with Toasted Sesame Seeds, Cilantro, and Slaw. ($17.00). We always ask for sauce on the side and it’s such a great call so you can control the heat.

Cheddar Burger and Salmon PLT are solid sammies, each served with fries and pickled veggies.

Made-to-order donuts are still so wonderful, espcially when you dip them in the chocolate and raspberry sauces.

Jessie’s Critter Carousel is coming along.

Inside Out Emotional Whirlwind is still a ways off from awakening your imagination.

Still think the fall decor in Downtown Disney is its strongest.

Random sponsor Honda still parked randomly in the esplanade without any sort of signage or context. 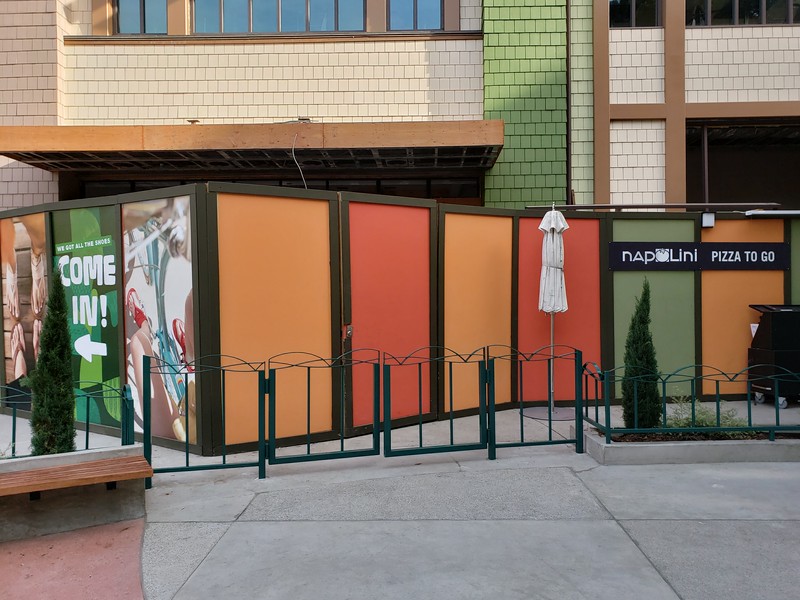 Napolini grab-and-go is hustling along towards completion.

Wetzel’s Pretzels is still looking pretty open-air at the moment. It is expected to return before end of year. 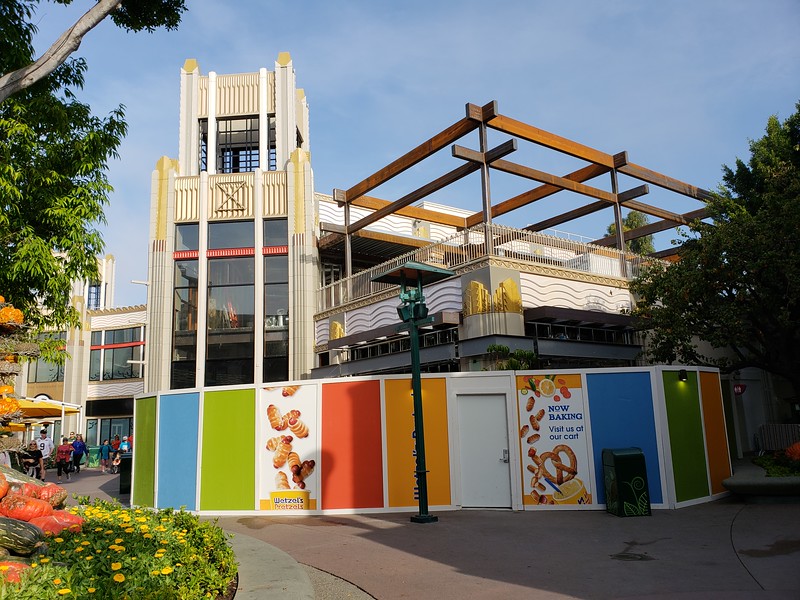 Above the Wetzels is a new dining patio going in for Ballast Point. If we’re not mistaken, that will probably offer some of the best views in all of Downtown Disney for Disneyland’s fireworks.

It looks like a new dining area might be going in at the entrance of the new Black Tap as evidenced by what seems to be a new tree/plant behind the walls.

Have you tried Salt & Straw yet?

The new Mickey and Friends parking structure is quickly coming together. 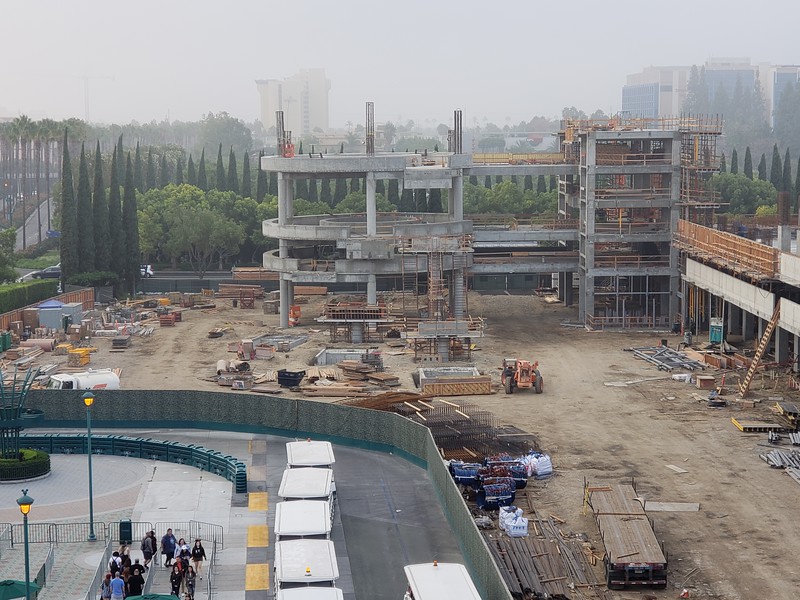 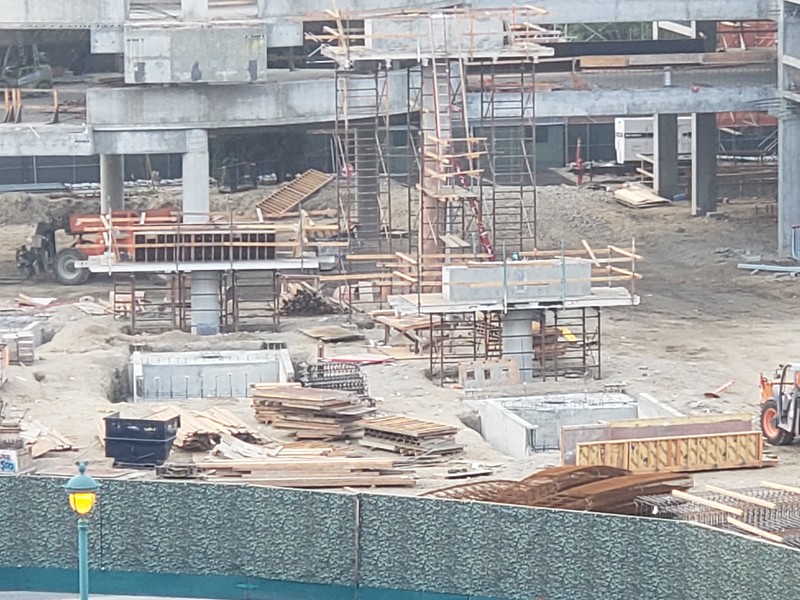 Bridges connect each level to the existing structure.

A nice big look at the latest purchasbles to drain your wallet!

As Halloween creeps around the corner, Disney has started to try to offload its selection of Mickey’s Halloween Party merchandise by offering it during regular park hours to non-party guests.

Meanwhile, Purchase-with-Purchase offers have already moved onto the Disney Holidays. 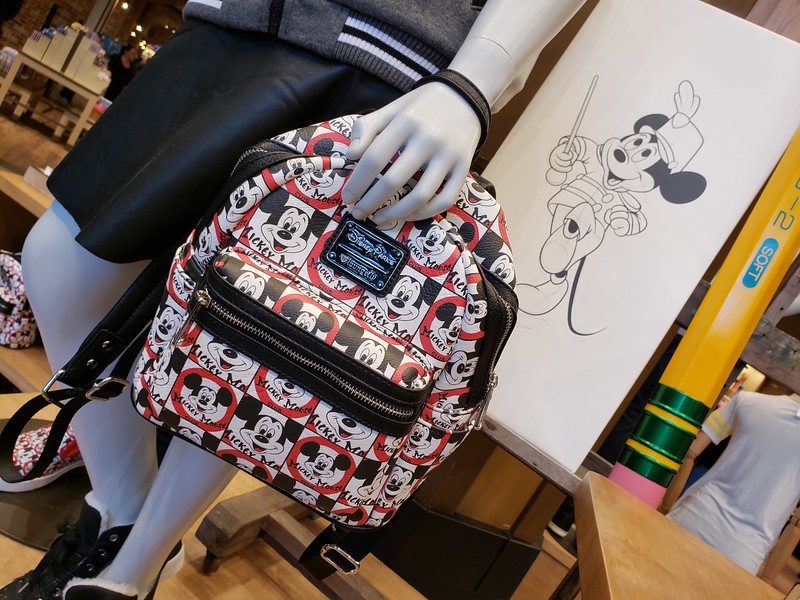 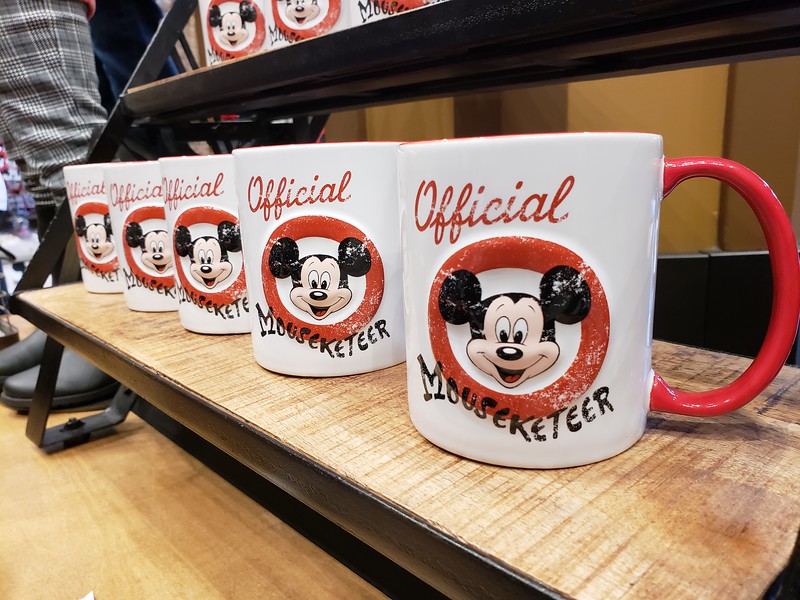 Of course, more and more holiday merchandise is starting to hit shelves around the entire Resort. Ready to dive in? 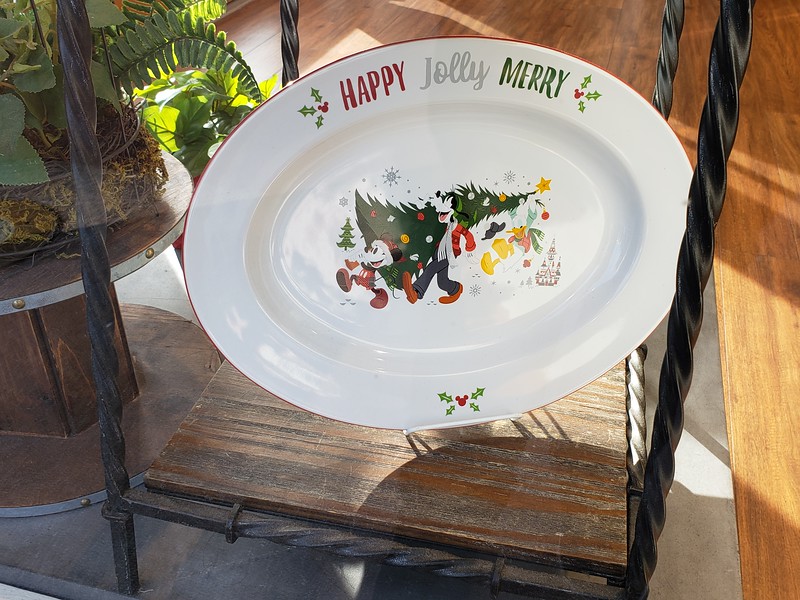 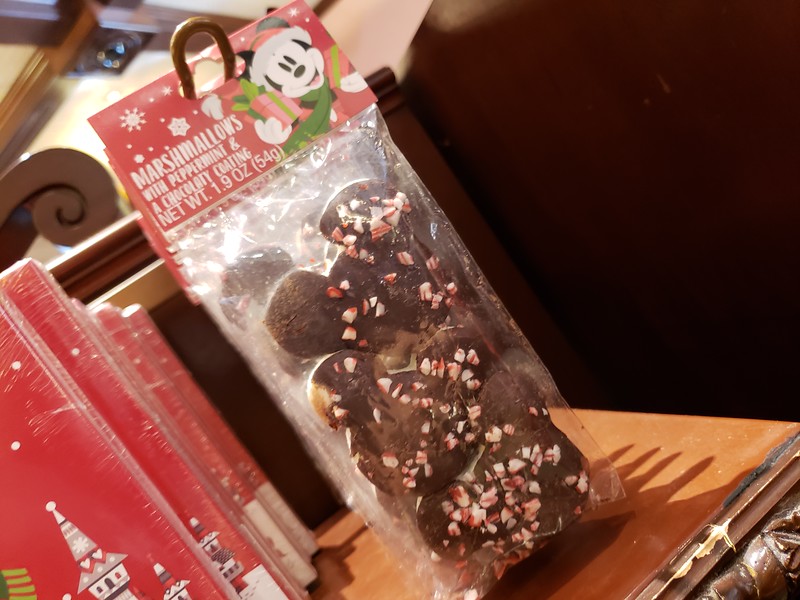 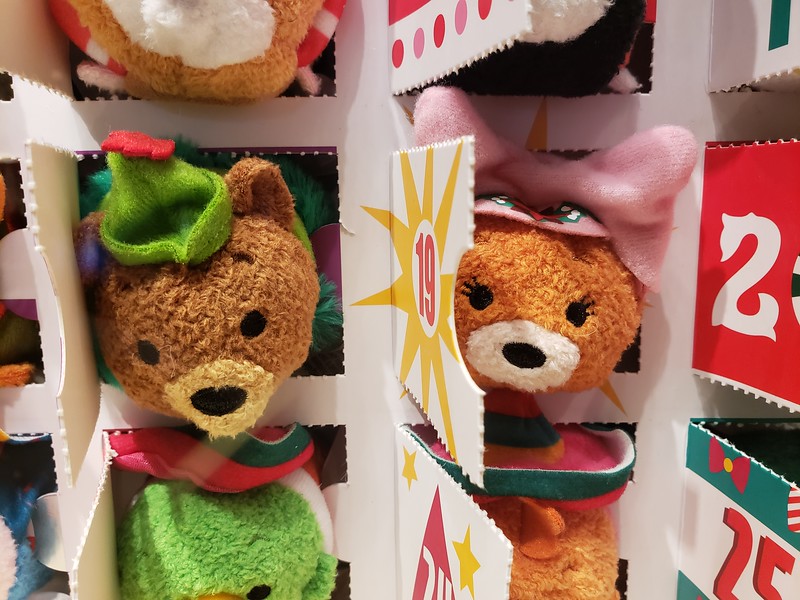 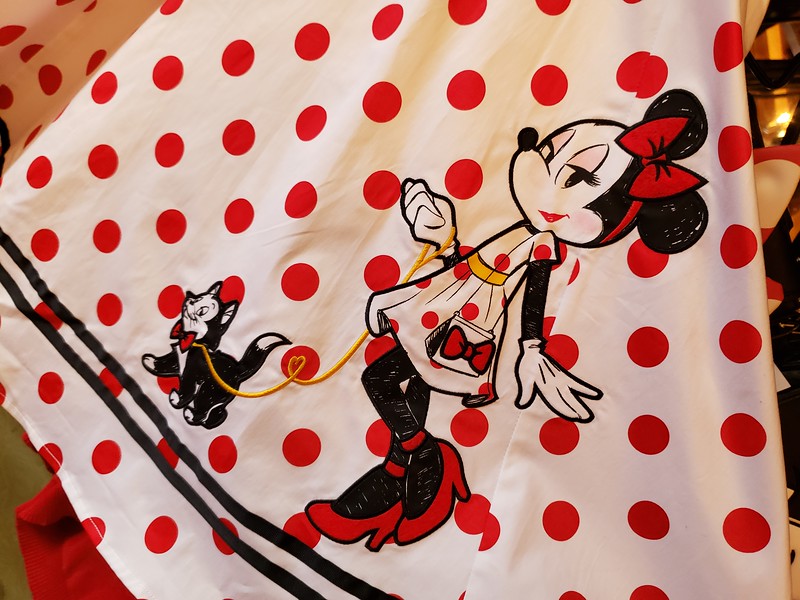 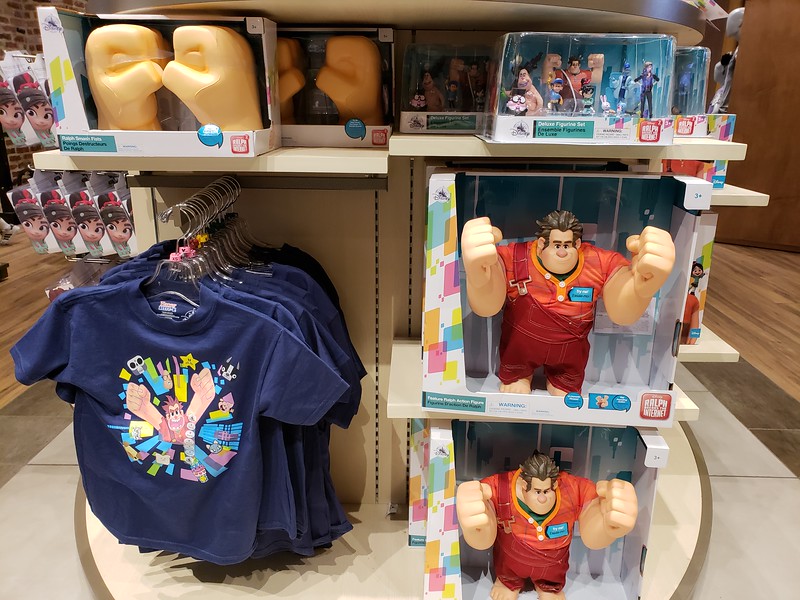 Ready for a whole lot of Ralph? 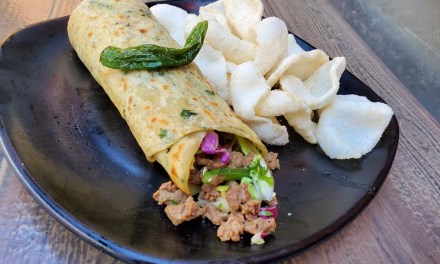