PETER PAN is one of Disney’s most iconic classics and now that it celebrates its 65th anniversary this year it also joins the ranks of the Walt Disney Signature collection. By this point, a lot of people already own this feature so it becomes difficult to really try and make the release a MUST-HAVE if you already own it.

Still, if you’re one to suffer from a major case of FOMO then there’s new goodies here to help you immerse yourself deeper into the lore of the film. There’s two great new additions to the bonus feature lineup and some extras to enjoy here too. Is it worth the jump? Take a look below and see for yourself!

The remaining features included have been seen before on previous releases. For the completists, this makes this version of the film the penultimate version to own. The Blu-ray makes these features very tedious to consume, trapping them within a small menu bar that runs across the bottom of the screen. Toggling through the list is quite frustrating but good things come to those who wait and if you can get past the clunky navigation system on your Blu-ray player then you will be rewarded nicely. It’s really almost as if Disney is trying to enourage Digital consumption here where this material is much easier to access and consume.

PETER PAN on Digital and Movies Anywhere on available now and becomes available on Blu-ray June 5. 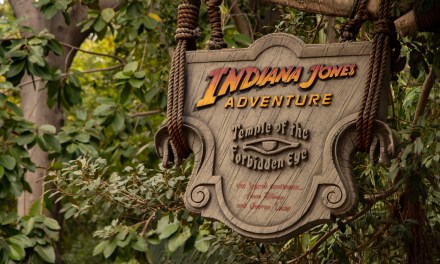