Pixar Fest is well underway (check out our complete guide to navigating the offerings) at the Disneyland Resort but there’s still plenty of other new things to take in as the property inches forward for another busy summer. On our brief visit this week, we took in some updates around the parks including Pixar Pier, Star Wars Galaxy’s Edge, and more.

We also bid Pirates of the Caribbean a temporary adieu before it goes down for a refurbishment that will alter some interior scenes, take a look at on-going work at Downtown Disney, and check progress on the new structure going up at Mickey and Friends.

Of course, we’ll have a nice merch run for you plus lots more in our latest park pictorial. ENJOY!

Some new signage has popped up at the Mickey and Friends parking structure to help give some life to the rather drab experience of arriving at the Disneyland Resort.

What does it reveal and what questions does it pose? Check out our previous posting about it here for some of the specifics:

The new signage welcomes you in several languages.

The new artwork also features characters that appear to be much more on-model than the existing signage around the structure.

Getting into the security screening introduces your first set of lines at the Disneyland Resort.

The Disney Dress Shop has relocated to its new permanent home which boasts a much larger retail space selling jewelry, accessories, and more amongst the various dresses.

Disney confirmed recently what new design we could expect to see on the trains:

New shade covering over the queue for the Cove Bar. 🙌🙌

We explored this last week but the shop was a lot less busy this weekend so we got to breathe a little more.

Signage is being painted on, this might open well ahead of the June 23 opening for the whole land.

The Fredrickson TV Diner is probably our favorite thing of the entire celebration. Pork Chop with apples and gravy starts if off. It’s accompanied with garlic mashed potatoes, roasted garlicky carrots and peas, corn bread with sweet butter, and finished off with a fabulous chocolate lava cake. This is an impressive meal and absolutely worth the special effort. Do not miss this awesome dish!

Fried-ricksen Bologna Sandwich is also a surprise winner. We were hesitant to order a BALOGNA sandwich at Disneyland but this one delicious dish and also a recommended choice. The bologna is a nice thick slice of meat fried and served with standard sandwich fixings including cheese, lettuce, tomato, and pickles. Accompanied by fries, it’s surprisingly hearty and quite tasty.

There may have also been Fried Pickles and Walt’s Chili on our table but these are just regular menu items, not specific for Pixar Fest!

How perfect is this dapper couple?

Later in the day, we ventured over to Plaza Inn for the special Pixar Fest cake. The colorful confection is a simple vanilla cake with a smear of raspberry sauce. The Pixar ball is a half dome of white chocolate.

This summer, it’s a full-blown Pixar Fest at the Disneyland Resort and every inch of the property is ready for the celebration. A whole bunch of new entertainment, food, shopping, decorations, and more have debuted and are ready to enjoy now though September 3! That means there’s 133 days left!

Splash Mountain is back. Now that it is, another attraction is getting ready to close down for refurbishment.

Pirates of the Caribbean is going down for refurbishment. When it reopens, it will feature a newly modified scene that updates the auction scene to match changes made across other Disney Parks over the past year.

Disneyland has added some new blue strollers into the mix. They are smaller than the existing green strollers that have been in use for several years now.

Aladdin’s Oasis will soon be going away to make way for a new eatery option. The fountain here is about the only element expected to survive the redo.

Pineapple Shake is not great.

Bread baked fresh in the restaurant. So good!!

Pineapple Habanero amuse bouche to start off the experience.

Celebration of local citrus with grilled hearts of palm and jicama with shaved ricotta salata and a tangerine vinaigrette.

Upgraded robes at the Grand!

How we leave tips

A bunch of Solo merch has appeared on the shelves.

I love the artwork on the Rubik’s Cube!

Disney surprised fans with the reopening of the Blue Sky Cellar to feature artwork, models, and video for the upcoming Pixar Pier enhancements coming to Disney California Adventure.

May the Fourth be with you this summer as Disneyland Park relaunches the fan-favorite Hyperspace Mountain version of the attraction. Launching in T-minus 11-days and counting! Here’s a video from when the layover first debuted on Space Mountain: 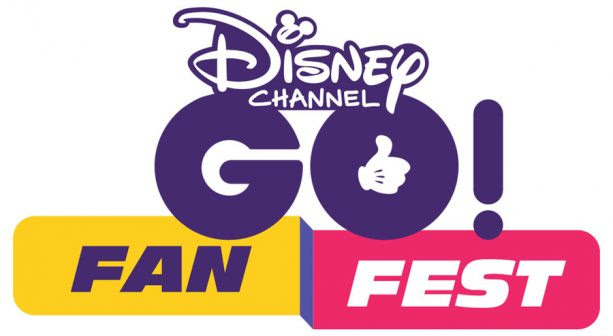 Disney is kicking of its Disney Channel Go! Fan Fest on Saturday, May 12 with a special celebration at the Disneyland Resort. The special fan-oriented event will include star appearances, panels, and a super special DuckTales event!