Star Wars: Galactic Starcruiser is almost ready to embark on its maiden voyage and in advance of its epic intergalactic cruises, we now hae some details straight from Disney on WHAT is included, HOW MUCH, it’s gonna cost, and other details including guest cabins, dining, and more!

The biggest question is what exactly IS included in the Star Wars: Galactic Starcruiser vacation. Packages include:

Star Wars: Galactic Starcruiser rates vary depending on your voyage departure date, the number of Guests in your cabin, and your cabin type.

There’s a lot crammed into the 2-day journey both planned and “unplanned.” Unexpected Story Moments are promised topop up with characters and special invitations that move your personal  story forward.

The starcruiser’s famous Crown of Corellia Dining Room is a bright and welcoming hall that offers breakfast and lunch daily, before transitioning each evening into an enticing supper club with a lavish multi-course menu of both otherworldly and familiar origins. Each evening offers a unique combination of elements like live musical entertainment, unfolding story, unforgettable cuisine and other surprises to bring your dinner experience to life.

Star Wars: Galactic Starcruiser is coming to Walt Disney World. An exact opening date has not yet been announced. 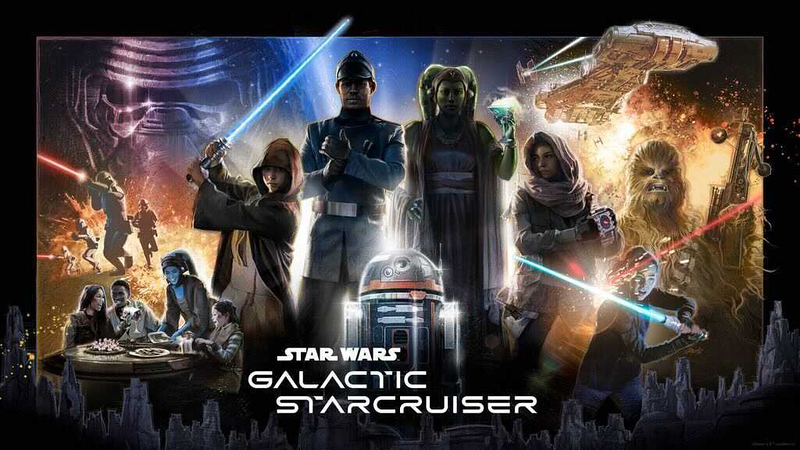