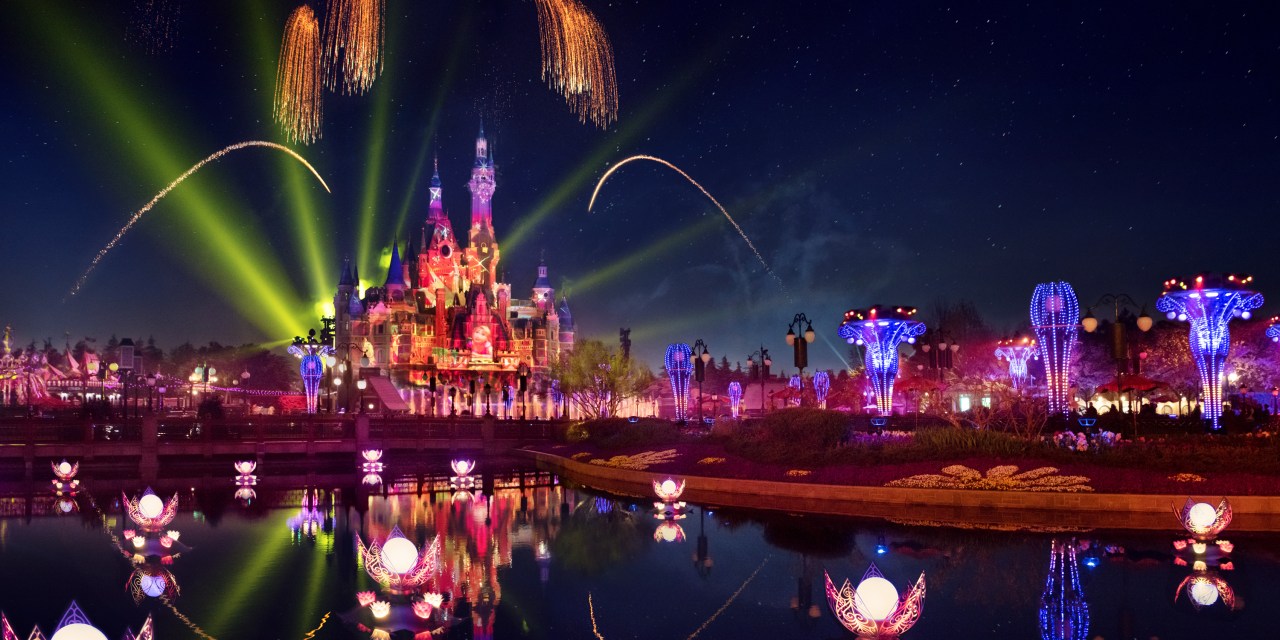 Shanghai Disney Resort has been unleashing a melee of announcements for its upcoming 5th Anniversary Year of Magical Surprises celebration and today we have some details for their upcoming ILLUMINATE! A Nighttime Celebration evening spectacular.

The new show promises a completely original entertainment experience with cutting-edge technologies and brand-new content set to debut on Shanghai Disneyland’s Enchanted Storybook Castle on April 8, 2021. The new spectacle replaces Ignite the Dream – A Nighttime Spectacular of Magic and Light which opened with the park five years ago.

Once again featuring Shanghai Disneyland’s iconic landmark – Enchanted Storybook Castle – the new nighttime spectacular will also take advantage of the beautifully decorated Gardens of Imagination to fully immerse guests in an entertainment experience unlike any other.

A Story of Light

To create this incredible immersive effect, 91 lighting fixtures, including eight giant new towers, 11 enhanced garden arbors, and 12 electronic lily pads have been installed across 15 new locations throughout the park. 22,000 new LED lights have been installed onto the new towers and arbors, adding to the 5,000 lights that were already in the garden, totaling 27,000 points of light for the new show. The lighting effect also leverages synchronized lighting from the Dumbo the Flying Elephant and Fantasia Carousel attractions, as well as the parade route to further enhance the experience.

A grand water display will also be presented in front of the castle, employing 38 static fountains, seven moving fountains, and one water screen, while 27 fire burst locations and six lasers installed around the castle will add pyrotechnic and lighting elements to this stunning audio-visual experience in addition to projection mapping. 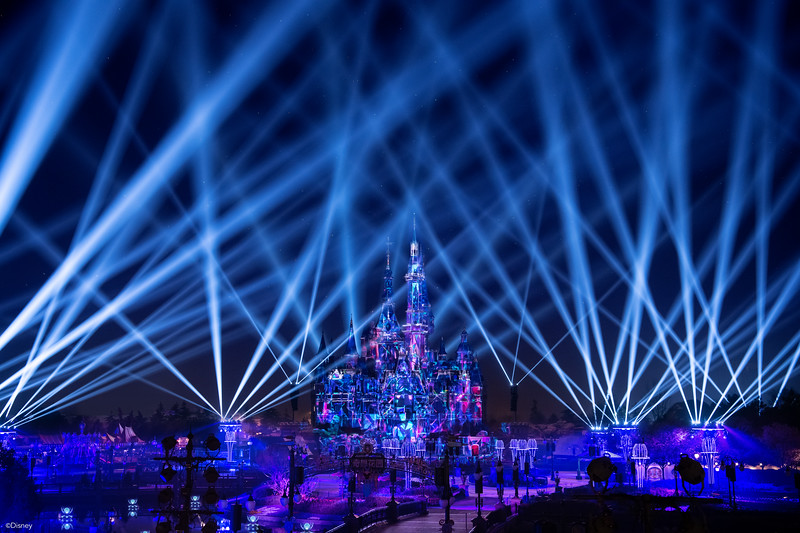 Comprised of seven unique chapters, ILLUMINATE! A Nighttime Celebration will take guests on a daring journey! It starts with an original song titled “Light Is In You” and includes nine songs, including reimagined takes on beloved Disney classics.

More than 80 characters from over 40 films from Walt Disney Animation Studios, Pixar Animation Studios and Marvel Studios, including those from the most recent hits – “Soul” and “Raya and the Last Dragon” – to search for the light within. 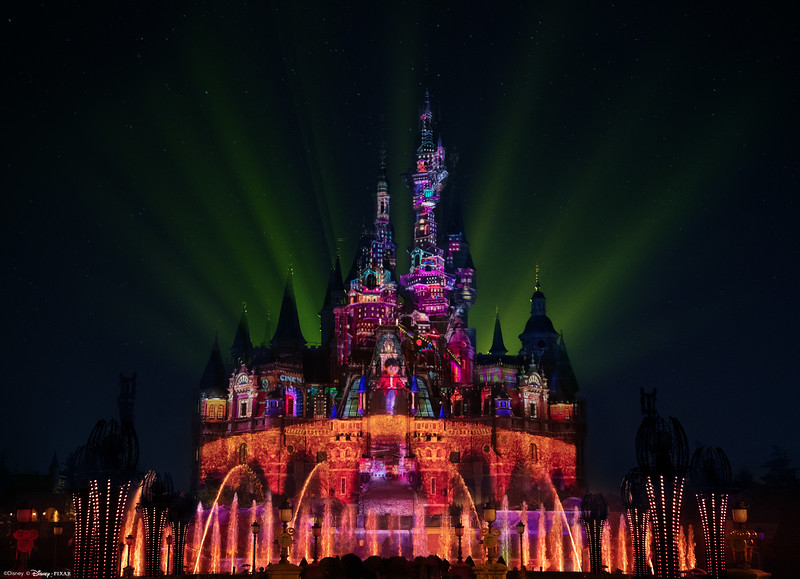 The spectacular year-long ‘Year of Magical Surprises’ 5th Anniversary Celebration at Shanghai Disney Resort brings a SLEW of offerings from in-park and and in-app surprises plus new entertainment, shopping, and dining experiences. It’s going to be a huge celebration! 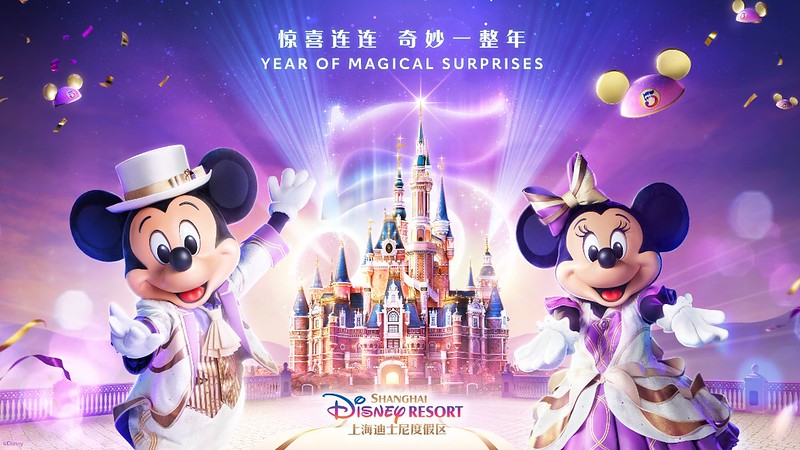 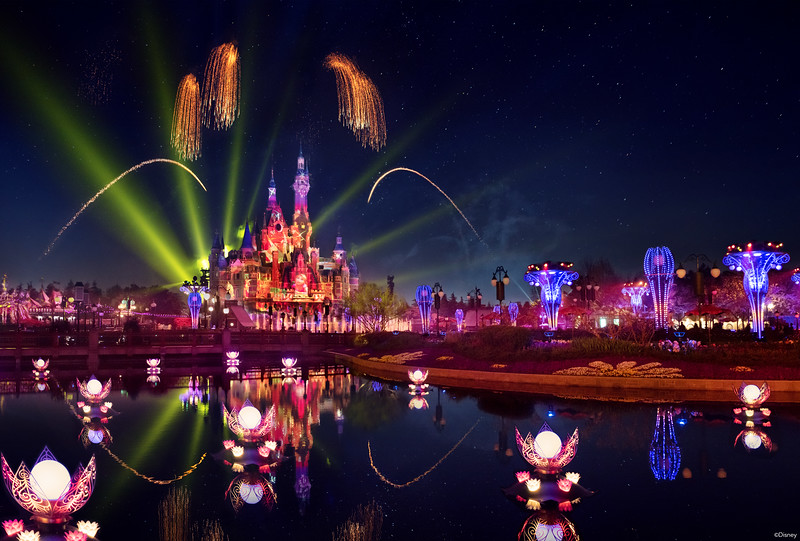 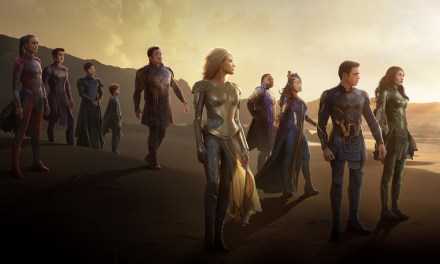