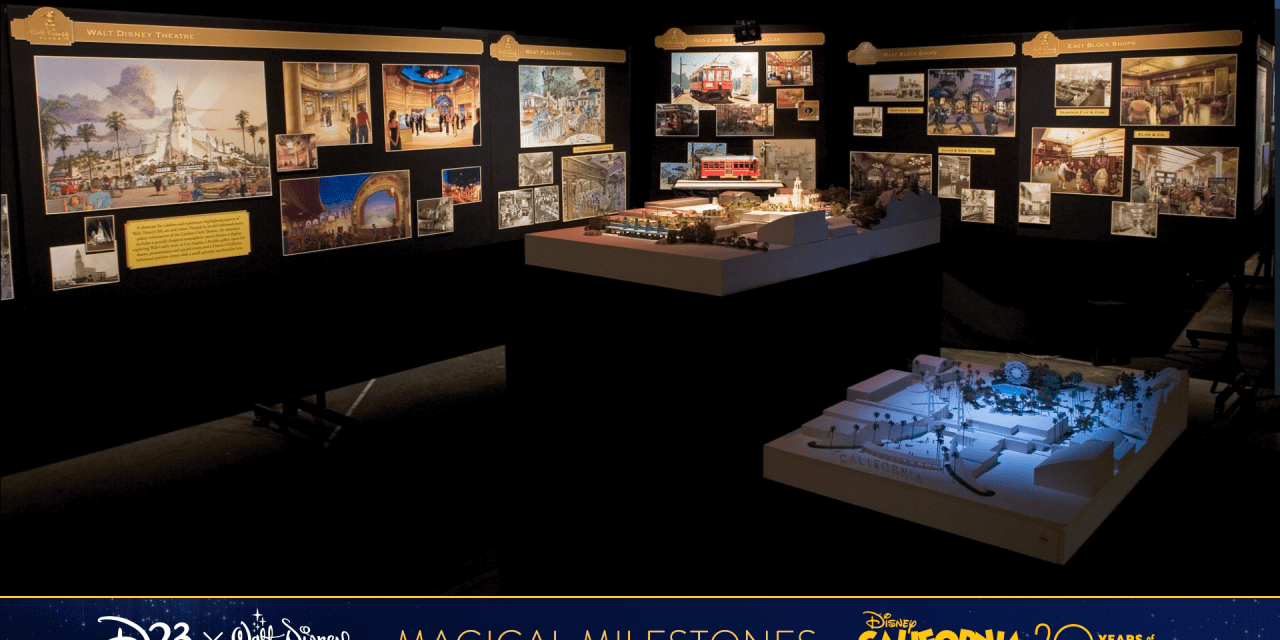 Disney California Adventure has seen quite a number of changes over the past 20 years and that also includes changes to concepts before they even became reality!

When Imagineers took to the task of adding more immersive connective tissue into the main entrance of Disneyland’s sister park in the park’s first decade, they had originally conceived a more elaborate concept for what is today known as the Carthay Circle Restaurant. Instead of an upscale dining experience, guests would have found an elaborate space that expanded on Walt Disney and his adventure to California.

During a special presentation today, Disney provided D23 Gold Members a fun 98-minute retrospective of Disney California Adventure’s past two decades. As part of the presentation, an archival still of the original pitch presentations of Buena Vista Street offered a candid look at the “Walt Disney Theatre.”

A description plaque about the Walt Disney Theatre provided the following clues as to what was being conceived: 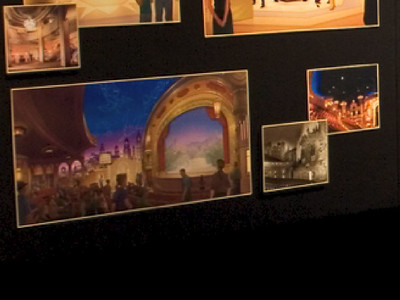 All concept art and images are © Disney. All rights reserved.

The concept art showcases a grand lobby with exhibit displays and what appears to be a casual theater space for presentations. Long-time Disneyland Resort fans will recognize the features of this concept not unlike “The Walt Disney Story” exhibit inside the Main Street USA Opera House offering a similar peek into Walt Disney’s life.

A preview center for the park’s unprecedented expansion was also conceived for the Walt Disney Theatre — this concept would eventually find permanent home in what would become the Blue Sky Cellar near the entrance into “a bug’s land.”

Alas, the Walt Disney Theatre for the Buena Vista Street expansion would never come to be with the land opening in 2012 with the sumptuous Carthay Circle Restaurant which shares space with the 1901 lounge which is an exclusive space dedicated exclusively for Club 33 members. 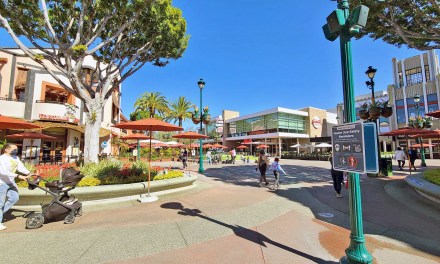 Here’s the Downtown Disney dining locations that will deliver to Disneyland Resort hotels!