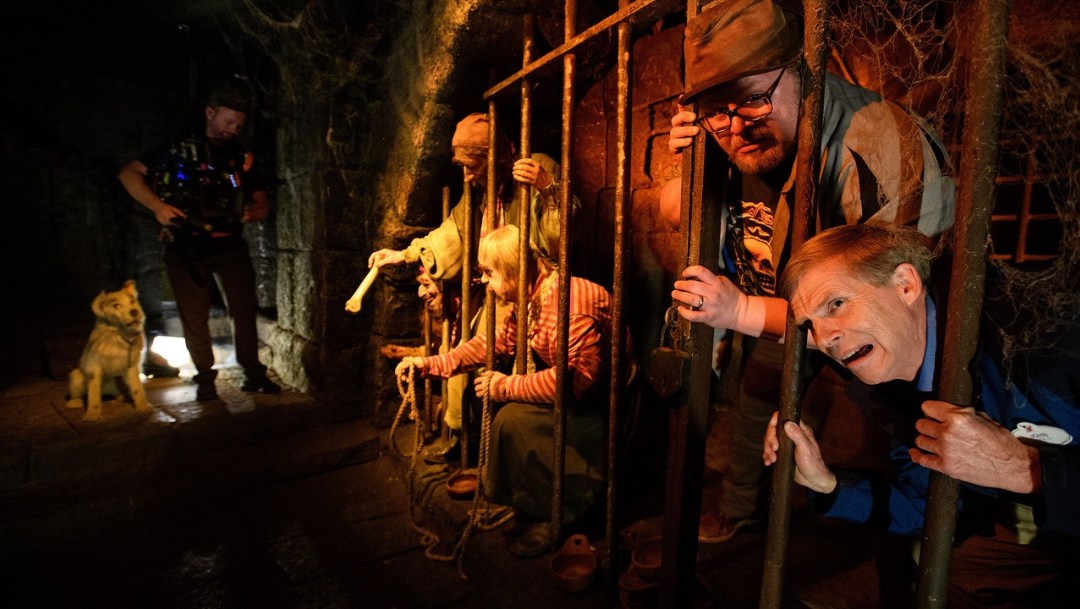 Disney fans are absolutely voracious for Disney content and, perhaps uniquely, they also care about the HISTORY of their favorite form of pop culture. That’s why when Disney+ launched last year, one of the most talked about series was THE IMAGINEERING STORY which gave fans a deep look into the creation of Disney Parks. Now, those same fans should find themselves excited for a whole new way to dive deeper into their Disney fandom with the PROP CULTURE series that has dropped on the popular streaming service.

Disney fan and super collector Dan Lanigan hosts 8 fantastic half-hour serialized stand-alone episodes dedicated to tracking down cherished props and film-used elements from some of cinema’s most iconic films. Each episode is dedicated to a single movie and the first season — which is available all at once, a unique twist for Disney+ — includes favorites such as MARY POPPINS, PIRATES OF THE CARIBBEAN, THE MUPPETS, and more! After binging the whole thing, MouseInfo had the opportunity to hear from Lanigan himself about the show.

“I love this stuff,” Lanigan shared, “I live and breathe it.” His goal for creating the show was really to open up his basement and let the world see some of the amazing thing’s he’s collected over the years. But beyond his own personal collection, he collaborated with several collector friends and even Becky Cline at the Walt Disney Archives to bring the vision to fruition. “These artifacts are artwork in their own right,” he recounted, “they are important remembrances that these films were created by artists, by people.”

Oddly enough, it’s the people that make this show so compelling. More than just pointing at old things and appreciating them, Lanigan dives deep into the history of specific props and set pieces with interviews of the stars who used them and the people who created them. The surprisingly touching mix is a thrill to see as various cast and crew alike jump back in time thanks to the relics of cinematic history before them. Charles Fleisher sharing his on-set costume to help him get into character for WHO FRAMED ROGER RABBIT; or Dannny Elfman and his amazing figures for THE NIGHTMARE BEFORE CHRISTMAS; there’s a wealth of depth with this series. We defy you to not get a little misty watching the first episode covering MARY POPPINS featuring Karen Dotrice at Griffith Park, Richard Sherman in Walt Disney’s original office in Burbank, even (and especially) chroegorapher Dee Dee Wood as they relive their contributions.

The binge-worthy episodes are cram packed with nuance giving insight into some of the most iconic props including the shrink ray from HONEY, I SHRUNK THE KIDS, swords and costumes from THE CHRONICLES OF NARNIA: LION THE WITCH AND THE WARDROBE, the helmets and original Flynn’s Arcade neon sign from TRON, and so much more. One of the most exciting acquisitions that Dan was eager to share was the history of the Mary Poppins carpet bag — a relatively recent addition to the Walt Disney Archives — which has had a super interesting journey following its life on the Disney studio set.

The show is honestly a great piece of Disney history presenting completely new and fresh takes on stories about these beloved films. If we’re blessed with a second season, Lanigan already has his targets set on other Disney favorites including HOCUS POCUS, BLACK HOLE, and THE ROCKETEER plus films in the Disney family including PRINCESS BRIDE, WILLOW, and RAIDERS OF THE LOST ARK. He’s also looking at more ways outside of the show to potentially display and exhibit archival pieces and help revive more of that nostalgic Disney movie magic.

So tell a fan, tell a friend… PROP CULTURE is the next must-watch series for Disney fans and it’s only available on Disney+!

The whole first season of PROP CULTURE is available now on Disney+.

TravelEAR Abroad: Drive On In To This ‘Cars’ Hotel!