Knockout a cappella group Voctave is embarking on their first holiday tour and they’re bringing their Spirit of the Season show to Southern California this weekend. You’ve probably seen one of Voctave‘s videos on Facebook or YouTube, where they’ve been viewed over 100 million times. Disney Parks fans may recognize the singers of Voctave from the ever-popular group at Walt Disney World‘s Epcot, the Voices of Liberty. We caught up with group founder Jamey Ray to get the scoop on the group’s success. Head down to the bottom of the page to get your tickets for this weekend’s shows!

How did Voctave get started?

It was not an intentional beginning, it was kind of accident! We were doing another project where the “Disney Fly Medley” was being recorded and I posted a video of that, and that wasn’t a specific group necessarily, but it took off and did well. Did some other random projects based on who was available, and when we went to film the “Disney Love Medley” we did with Kirstin Maldonado [of Pentatonix] and her boyfriend at the time, he gave me the advice that no longer are you just a random group of studio singers and it’s not who’s available at the time. You pick a group, have a name, have a website, have other videos, and he was right. That’s what we did and I sat down and decided who I wanted to be in the group and that’s how it all began!

Many fans know members of Voctave from their work with the Voices of Liberty. How does Voctave connect to that group?

There isn’t a connection other than that everyone in the group was at some point part of Voices of Liberty, though not necessarily anymore. The nice thing is that since everyone had some connection to Voices, that’s how I knew everyone and that’s how I was able to gather the people I needed and wanted.

You’ve had a lot of guest performers in your videos – how do you get big artists like Sandi Patty to join you for a song?

It’s a different connection for each one. Sandi Patty, Mark Lowry and Jody McBrayer all came through Tiffany Coburn, one of our sopranos. Tiffany toured with Sandi for years, performed with Mark and has performed with Jody. For the three of them it was a phone call. I was shocked when we sat down with Jody; I said, you go to a karaoke bar and what do you wanna sing? ‘All the songs I pick are girl songs.’ Okay, so what would you pick? He said “Someone Like You” from Jekyll & Hyde. I said great, I’ll have it ready tomorrow.

For Sandi, Tiffany and I drove to one of her concerts and we hung out with her afterwards. Tiffany knows her well, so we just kind of chatted and figured out a song she’d want to do and a time she’d want to do it, and that was that!

Did I catch that right – you can pop out an arrangement in a day?

It depends on the song. Sometime I say that as a joke but usually that’s how they go. If something’s taking me more than two days it’s unusual.

The arrangements are so intricate and detailed! Is that what you studied in college?

Yes and no. My undergrad was in vocal and piano performance, as well as computer programming. I went to grad school for music technology, and now I’m a full time music theory professor at Rollins College. I teach music theory every day. Since I was a huge choral nerd growing up, I was such a lover of these big composers and arrangers. I would learn all the parts, not just the tenor part, and ended up studying their arranging styles. So I just started to figure out the composers and arrangers I liked and how they voiced things, and started to put it together myself!

Do you have starting point or process with each song you tackle?

It depends on the song. When I sit down to start writing notes I already have a form of the song in my head. I will have thought about the song and picked the idea for it before I sit down – what the ending will be like, will there be key changes or solo lines, etc. I sit down with the most basic chords at the piano and start writing from there. As I finish each section, I will record all the parts myself so I hear what it sounds like and make sure each line is singable. Then I send the finished demo to the whole group.

You just released two EPs of symphonic performances. You’re an a cappella group – what sparked the idea of performing with an orchestra?

The idea behind it started at Rollins College, where I teach. My boss is the artistic director for the Bach Festival Society in Winter Park, which is a professional orchestra and big choir organization. Voctave is now an artist-in-residence at Rollins, and we were brainstorming some ideas that would be viable for the group. If we had a symphony show it would open more doors for performance opportunities. Half the concert was still a cappella, but it was an epic event for us to hear some of those songs orchestrated. The same audience that appreciates the a cappella music really understands and appreciates what can go into these symphony arrangements as well. I can’t even believe I got David Clydesdale who does a lot of Sandi Patty’s big orchestrations, so the fact that he did all of our stuff – it was life-changing to hear what he did.

Tiffany Coburn is the lead vocalist on the incredible “Impossible Dream” arrangement you perform, correct? That sounds so amazing with the orchestra!

That’s her! It’s as good as it gets. That closes every one of our non-Christmas concerts. She never fails to deliver the exact message of that song and the audience can’t wait to get to their feet before she’s even done singing.

What role has YouTube played in making Voctave a success?

YouTube and Facebook are the reason we exist. When we first started we just thought we’d be a recording group and never thought we’d be doing live performances. Then there was a large demand for them, so we started doing stuff near home in Orlando. After the videos came out we contacted by an agency and signed with a booking agent, Opus 3 Artists, and they’re booking us all over the country and hopefully soon the world. We’ve already got things for Christmas 2021 being planned! The agency has been a really big help and it all came from social media.

Voctave Spirit of the Season tour is landing in SoCal tomorrow. Get your tickets below!

This interview has been edited for length and clarity. 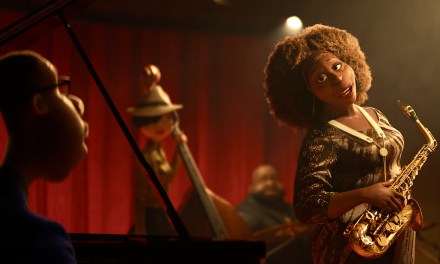