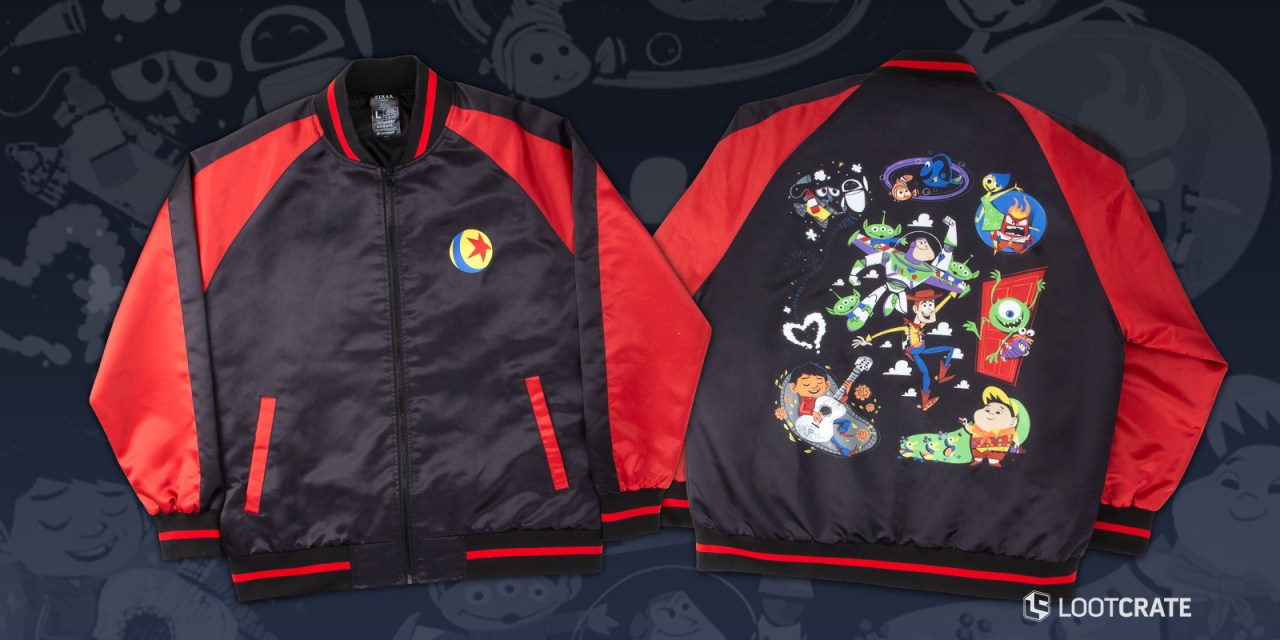 Loot Crate unveiled today the jacket that will be part of the exclusive partnership for the Disney and Pixar Limited Edition Series crate series. If you buy all three crates in the series you will also snag this snazzy licensed and exclusive jacket!

First announced last year, the new series allows you to unbox the magic of Pixar’s stories, films and characters with exclusive collectibles, apparel and gear you can’t find anywhere else!

Step into the world of Disney and Pixar’s Toy Story, The Incredibles, Up and more with each box in this limited run series.

Each Pixar crate costs $49.99 plus shipping and handling. Supplies are limited!