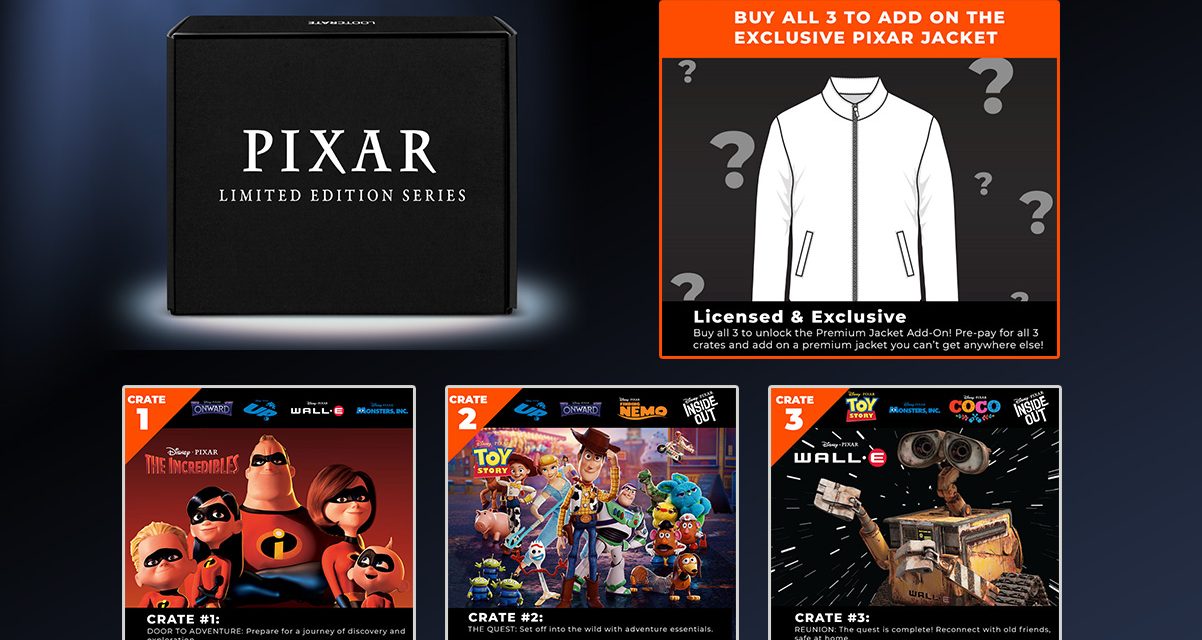 Loot Crate is partnering with Pixar for a Limited Edition release series that brings the magic from the house of lamp into your home. Unbox the new Disney and Pixar Limited Edition Series and celebrate the magic of Pixar’s stories, films and characters with exclusive collectibles, apparel and gear you can’t find anywhere else!

Step into the world of Disney and Pixar’s Toy Story, The Incredibles, Up and more as Loot Crate celebrates the continuing legacy of Pixar with a series of 3 one-time-only limited-edition crates.

For the first crate, Loot Crate opens the door to adventure with gear and collectibles from beloved films including Disney and Pixar’s Up, Wall-E, Monsters, Inc., The Incredibles and more. 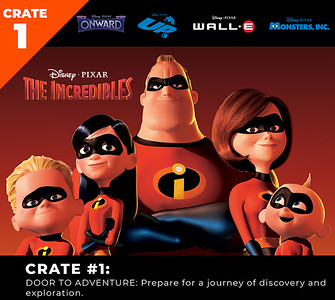 The first crate is expected to ship in December 2020, with crates monthly thereafter. Each Pixar crate costs $49.99 plus shipping and handling.

Supplies are limited. Before this series of 3 one-time-only limited-edition crates sell out, be sure to order by September 30 at 9:00pm PST.