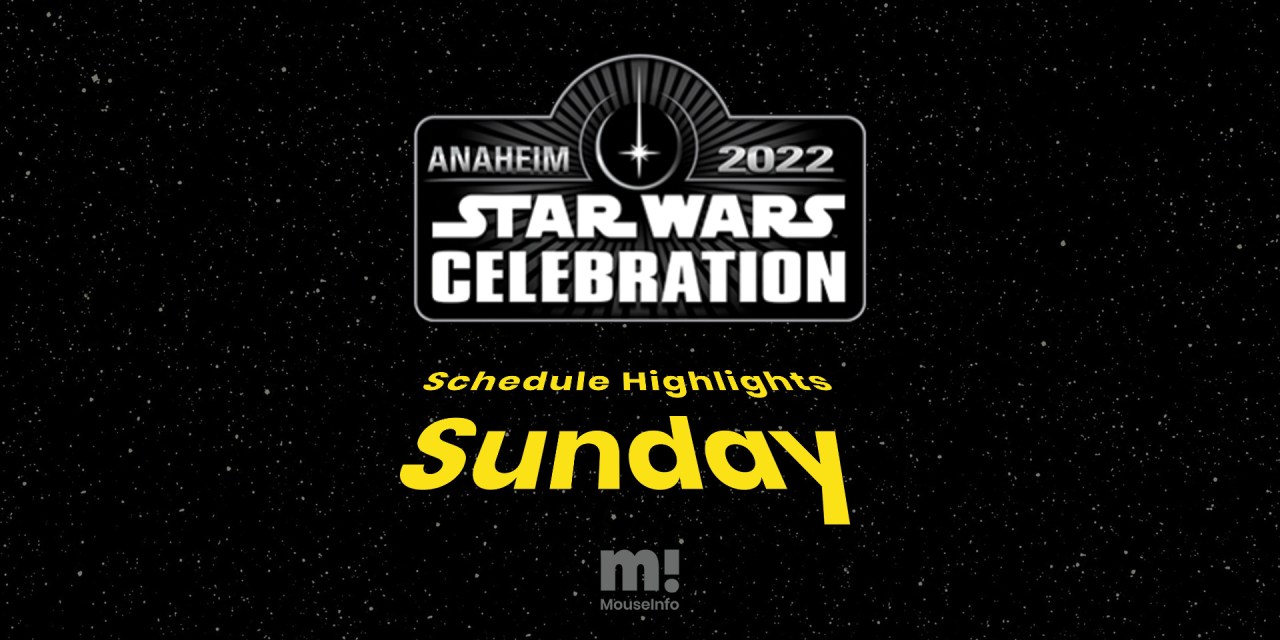 Star Wars Celebration Anaheim 2022 is just around the corner and as we gear up to for a clash of galaxies from near and far we’re taking a look at the full line up for panels, discussions, and more coming up for the historic event! Today, we’re looking at the Star Wars Celebration Anaheim 2022 schedule for Sunday, May 29, 2022. Here’s what to expect…

Event Schedule for Sunday, May 29

A Look Back at

Loyal allies, gifted pilots, skilled mechanics and fierce warriors, Wookiees have come to be many things in the galaxy. Join host Amy Ratcliffe and special guests Joonas Suotamo (Chewbacca – Episodes 7, 8, 9, and Solo: A Star Wars Story), Carey Jones (Krrsantan – The Book of Boba Fett), and Charles Soule (author behind The High Republic’s Burryaga Agaburry) for a Wookiee-focused discussion that will include a tribute to the iconic Peter Mayhew.

“The Siege of Mandalore” Screening

Join host David Collins and special guests Dave Filoni, Carrie Beck and Athena Portillo for a special screening of “The Siege of Mandalore,” the four episode arc that makes up the cinematic final chapter of

Behind the Scenes – The Creatures of

Movie monster fans won’t want to miss this in depth exploration of the ’s aliens! Join special guest and creature maker, Kirk Thatcher along with FX artist Tom Spina (Regal Robot, Tom Spina Designs), Amy Ratcliffe, and Jason and Gabe from Blast Points Podcast as they turn their keen eyes towards the throne room of Jabba the Hutt and the wondrous creatures of ROTJ with a showcase of rare images and stories from the making of the film.

Gather with your friends and fellow fans to relive the best moments of the weekend and bid farewell to another Celebration. Featuring special guests, weekend highlights and much more, this is a send-off you won’t want to miss!