After revealing some fantastic footage a few weeks ago at the D23 Expo, Disney-Pixar have finally brought to light some more details into their upcoming ONWARD film which stars Tom Holland and Chris Pratt as the main characters in a fantastical twist on classic mythologies. 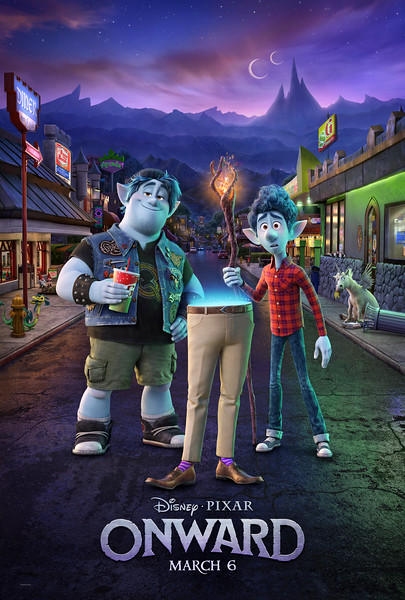 A new trailer, images and poster today help paint the picture of what to expect in theaters next spring.