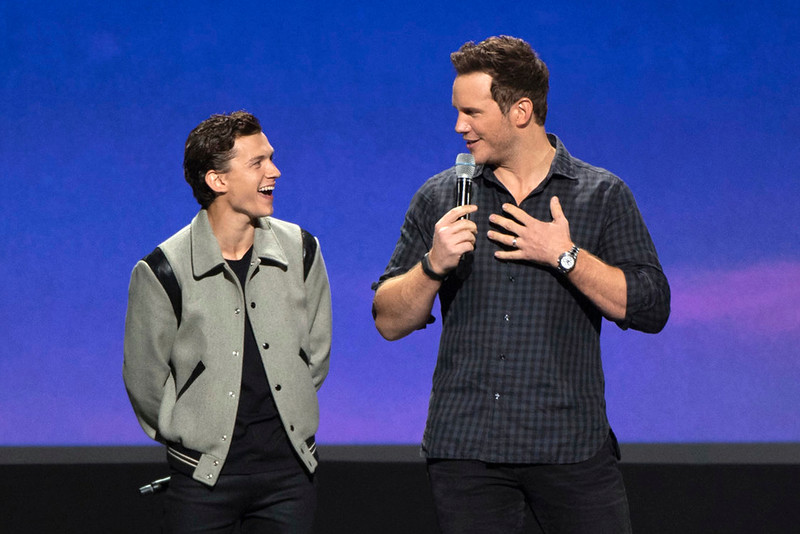 We already knew Chris Pratt and Tom Holland would be co-starring in Disney-Pixar’s upcoming ONWARD but that made their appearance at the D23 Expo last week no less exciting. If you weren’t following along with our live tweets, you can find the juicy scoop below!

Holland and Pratt star as two teenage elf brothers, Ian and Barley Lightfoot, who embark on an extraordinary quest to discover if there is still a little magic left in the world. Set in a modern fantasy world, the adventure is inspired by Scanlon’s personal experiences with his own brother. Actress Julia Louis-Dreyfus was also present, she voices Laurel Lightfoot, mother to the two leads. We also learned that Octavia Spencer will be providing the voice for a mythical creature they seek, the Manticore.

In the short amount of footage that we saw, Pixar establishes not just a comedic through-line for the film — a pair of disembodied legs summoned through a half-formed magic spell — but also some major heart at the same time, conveyed somehow through scurrying movement of legs and feet.

“Wow, a pair of disembodied legs giving major feels. Leave it to Pixar.”

At the end of the panel, Holland addressed the room saying he knows that it’s been a crazy week (referencing the reported news last week that Spider-Man may effectively be permanently removed from future Marvel Cinematic Universe films due to disagreements between Disney and Sony) but reassured everyone, “I love you, 3000.” The room essentially combusted.