At the D23 Expo Japan, Walt Disney Parks and Resorts Chairman Bob Chapek lead a presentation to talk about big news and details for various projects occurring at Disney Parks all around the world. Walt Disney World takes the lion’s share of the news with updates also included for Disneyland Resort, Disneyland Paris, and even Adventures by Disney.

See now an aggregation of all the news announced this weekend organized by location!

An official opening date was given for the upcoming PIXAR PIER retheme of Disney California Advevnture’s Paradise Pier.

Additionally, what was formerly Ariel’s Grotto restaurant and the Cove Bar will be transformed into a Pixar-themed lounge, offering sparkling views of Paradise Bay and the new Pixar Pier. 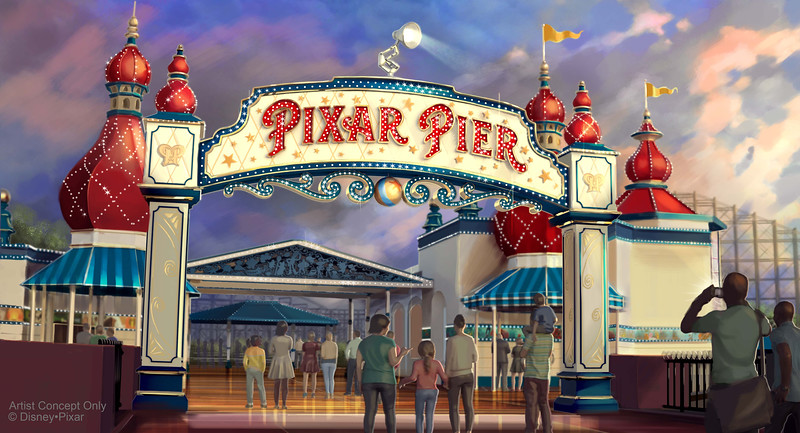 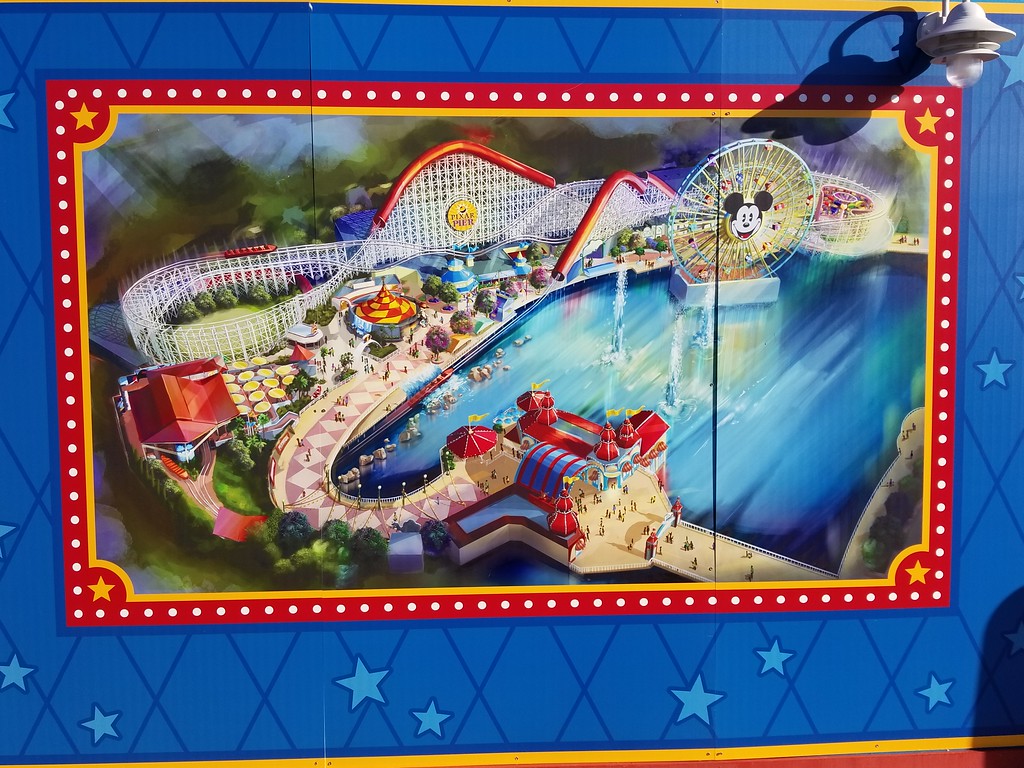 Pixar Fest is the new summer marketing campaign for the Disneyland Resort and will bring together Pixar stories and characters to life like never before.

“Pixar Play Parade” returns, this time making its way through Disneyland park. The popular parade will bring even more fan-favorite Pixar stories to guests with the addition of three new show elements, including the famous Pixar Lamp and Ball from the Pixar short film, “Luxo Jr.” as well as characters and elements from “Up” and “Inside Out.”

A new fireworks show, “Together Forever – A Pixar Nighttime Spectacular,” will debut with dazzling pyrotechnics, memorable music and a heartwarming story.

And appearing for the first time at Disney California Adventure, the “Paint the Night” parade will return to delight guests with the parade’s 1.5 million, brilliant LED lights and catchy tunes. In addition to the new Incredibles-themed float, “Paint the Night” parade will spotlight many Pixar stories and include characters from “Toy Story,” “Monsters, Inc.” and “Cars.”

Not much was teased about the highly-anticipated new lands coming to both Disneyland Park and Disney’s Hollywood Studios but Disney did confirm that guests will be able to wander through a toy shop in the street market run by a Toydarian, one of the creatures from Star Wars: The Phantom Menace.

The totally immersive land will include two attractions that allow guests to have control of their experiences. One attraction will put guests in the middle of a battle between the First Order and the Resistance—inside a Star Destroyer. In the second attraction, guests will have the chance to fly the Millennium Falcon – the most famous ship in the galaxy. Throughout the land, guests will also have the chance to interact with Chewie, the lovable BB8 and members of the First Order.

Fans can live out their Star Wars adventures beyond the theme parks with an immersive experience at a groundbreaking new Star Wars–themed hotel concept. The epic new experience will take guests to a galaxy far, far away and will be seamlessly connected to Star Wars: Galaxy’s Edge, the new land set to open in 2019 at Disney’s Hollywood Studios.

Unlike anything that exists today, the new luxury resort will completely immerse guests in an authentic Star Wars story. The journey through space begins the moment guests arrive, as everyone boards a starship and departs together for a multi-day Star Wars adventure. Guests immediately become active citizens of the galaxy and can dress up in the proper attire. Every resort window will also have a view into space.

A name or an opening date for the new hotel has not been announced. Guardians of the Galaxy Attraction at Epcot

The new Guardians of the Galaxy Attraction is coming to Epcot Future World and will open 2021.

The first ever ride-through attraction themed to Mickey Mouse and Minnie Mouse will delight guests at Disney’s Hollywood Studios beginning in 2019. Mickey & Minnie’s Runaway Railway will feature a new original story and lovable catchy new theme song, as it takes guests on a journey inside the wacky and unpredictable world of Disney Channel’s Emmy Award-winning “Mickey Mouse” cartoon shorts.

The teams helping create the attraction are currently working with partners at Disney Television Animation—the people who create the popular and award-winning Mickey Shorts – to keep the characters and story authentic and to make sure you’re able to step through the movie screen and join Mickey and his friends like never before. New technologies will transform the two-dimensional cartoon world into an incredible multi-dimensional experience that defies logic that Disney has been calling “2 ½-D.” No glasses required.

On the attraction, the fun begins when you see the premiere of a new cartoon short with Mickey and Minnie getting ready for a picnic. As they head out, they drive alongside a train and find out that the engineer is Goofy. Then, one magical moment lets you step into the movie and on Goofy’s train for a wacky, wild ride.

Mickey & Minnie’s Runaway Railway will put you inside the wacky and unpredictable world of a Mickey Mouse Cartoon Short where you’re the star and anything can happen. And for the first time, we shared a preview of what the cars will look like when you board the attraction for a zany, out-of-control adventure filled with surprising twists and turns.

Just in time for the 20th Anniversary of Disney’s Animal Kingdom, a new, family-friendly show will debut at the theme park. Featuring Russell and Dug from Disney•Pixar’s “Up,” guests will get a chance to see their favorite Senior Wilderness Explorer and his furry friend as they discover bird species from around the world.

At Walt Disney Studios Park at Disneyland Paris, Marvel Super Hero universe will come to and Rock ‘n’ Roller Coaster Starring Aerosmith will be totally reimagined as a high-speed, hyper-kinetic adventure where guests will team up with Iron Man and their favorite Avengers.

A name or an opening date for the re-imagined attraction has not been announced.

Disney’s Hotel New York – The Art of Marvel opens at Disneyland Paris in 2020.

Since its January 2017 opening, Iron Man Experience has become the most popular attraction at Hong Kong Disneyland, and an entire Marvel-themed area is underway at the resort. But that’s not all that’s planned for Marvel fans: Chapek shared details about a second Marvel attraction that is set for Hong Kong Disneyland, where you’ll be able to team up with Ant-Man and The Wasp to fight Arnim Zola and his army of Hydra swarm bots. The attraction will be a retheme of the existing Buzz Lightyear Astro Blasters attraction.

A name or an opening date for the re-imagined attraction has not been announced. 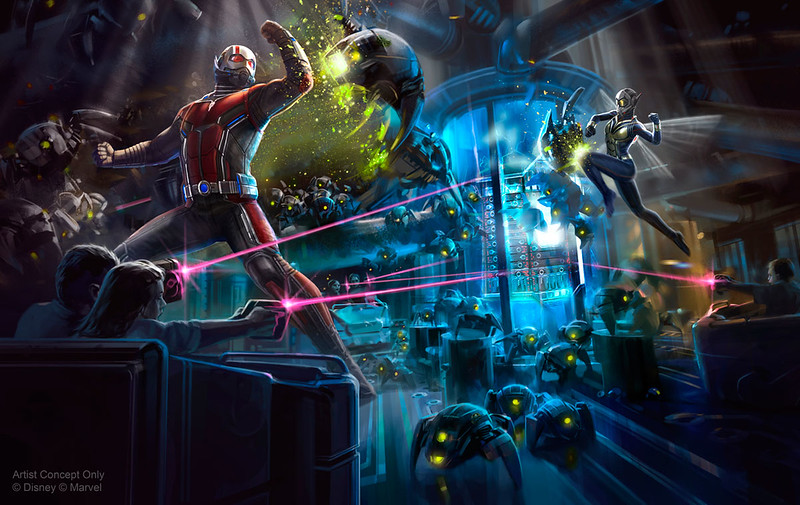 AT ADVENTURES BY DISNEY

A new Japan vacation is coming in 2019! The trip will offer immersive, cultural experiences, such as visiting temples in Kyoto, learning sword techniques with a master samurai, exploring the bustling city of Tokyo and more. The Adventures by Disney Japan vacation will open for booking later this Spring, so look for more details on this trip in just a few months.

The Adventures by Disney new Japan family vacation will begin in 2019. D23 Expo Japan guests also heard from Chapek about the new experiences coming to Tokyo Disney Resort as part of the biggest expansion since the opening of Tokyo DisneySea.

In Tomorrowland at Tokyo Disneyland, the first-ever attraction inspired by Big Hero 6 invites guests to ride around with Baymax. The Fantasyland expansion at the park includes an entirely new area themed to Beauty and the Beast, with an attraction set to the award-winning music guests know and love; and the expansion will also include a full-scale, live entertainment theatre—the first at Tokyo Disneyland. Over in Toontown, guests will meet Minnie Mouse in a new design studio. And at Tokyo DisneySea, guests will soon take flight on a version of the popular Soarin’ attraction.

WHAT ARE YOU MOST EXCITED FOR? 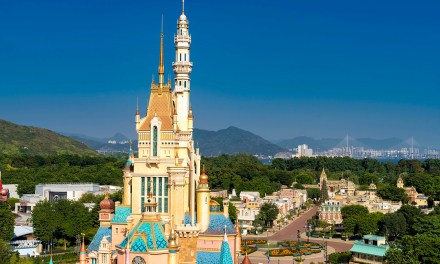 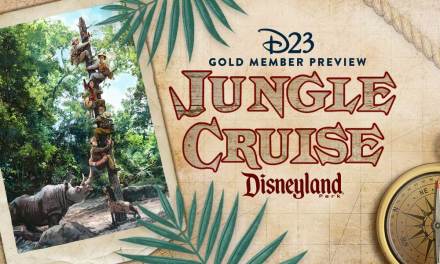