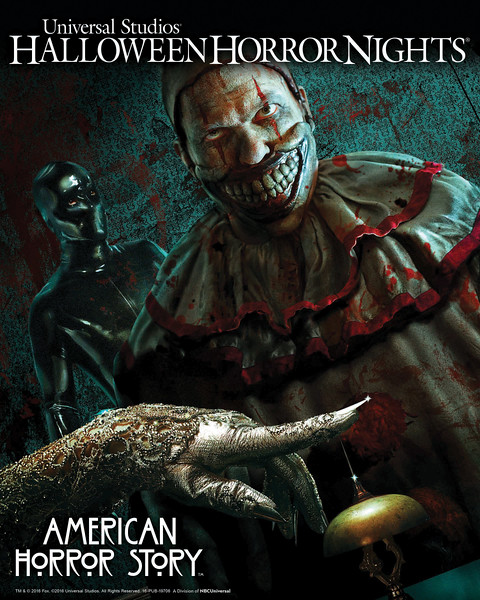 The television show that has terrorized viewers for five suspenseful installments will come to life leading guests through a terrifying journey through iconic scenes from several seasons. And yes Twisty the clown is in tow terrorizing the troupe of biological misfits in a sinister sideshow. Also in the dark await evil spirits that possess the Murder House and try to escape a torture chamber in the haunted Hotel Cortez.

The horror begins Friday, September 16 when Halloween Horror Nights launches in both California and Florida.