Disney Bounding has exploded in popularity in recent years and it shows no signs of slowing. The idea of taking a love of Disney and disguising it in fashionably fabulous clothing and accessories takes a geeky obsession and hides it in plain sight for the world to see

When I’ve been Disney Bounding, it adds a new layer of fun to visiting a Disney Park. It allows you to be a part of the theming and gives you a look at what it might be like to be a real Disney character. As ubiquitous as Disney is these days, it’s no wonder that dressing the part and dressing in style now extends beyond the confines of the castle walls.

Disney Bounding has become a major staple in the widely expanding world of Disney Style and in a new video released by the Disney run fashion blog, Meredith Foster takes a closer look at the geeky fashion trend in New York City. From SoHo to the Meatpacking District, she takes a big look at the the Big Apple to take in the sights and of course the fashions.

There’s also an interview with Nylon editor Marissa Smith on why Disney resonates in the fashion world and also with creative director Stuart Vevers about Coach’s new Disney-inspired line.

Do you Disney Bound?

Tell us about your obsessions in the comments below or better yet, SHOW US! 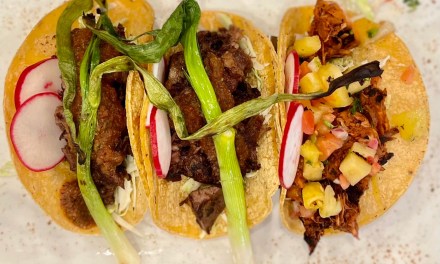