There’s no denying the 3D and virtual reality are an entertainment mainstay these days. Earlier this year, Six Flags Magic Mountain made waves when it announced the virtual reality upgrade to its classic Revolution Coaster, marking the first North American virtual coaster.

“VR and MxR (Mixed Reality) will be incorporated into existing shows and rides in ways that have never been possible, with thousands of people able to experience VR simultaneously. Showcasing the transformative nature of virtual reality on such a wide scale will also help the entire VR industry grow at an increasingly faster pace.”

Not just working in the theme park space, there will also be developments for the popular live-streaming video site 6Rooms (6.cn) Cathy Zhang, CEO of Songcheng, added: “Virtual reality and mixed reality can revolutionize almost every interaction our guests have in our theme parks and on 6Rooms. This joint venture opens the door to a new and exciting future that is limited only by the imagination.”

In Songcheng’s theme parks, VR and MxR elements will be added to existing attractions, including elaborate, epic stage shows that on their own attract more than 7 million people annually. Songcheng-SPACES also plans to build unique, standalone virtual reality attractions and parks throughout China.

SPACES also will provide technology, develop creative concepts, produce and publish VR and MxR experiences, and furnish tech-support services, while Songcheng will operate and promote the VR and MxR attractions. SPACES will also license the underlying software to Songcheng.

Under the agreement, the joint venture will be based in Hangzhou, China, and co-managed by SPACES from its headquarters in Los Angeles.

SPACES will be meeting with brands and VR/MxR development partners during the upcoming E3 in Los Angeles. 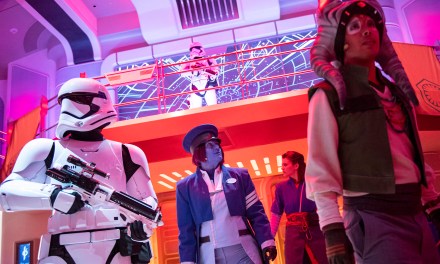