We’ve come a long way in media from the old reel to reel projectors and silent films, and the tech trend in movies continues with IMAX making an announcement that they will be bringing virtual reality into theaters! A pair of 3D glasses are so yesterday and virtual reality is the next big thing. From new virtual reality experiences on roller coasters to expanding efforts abroad for virtual and mixed reality expansion in theme parks, it’s a wild new world of consuming media!

The latest developments from IMAX are particularly exciting news for both movie lovers and those obsessed with the latest technology. Virtual reality as a concept has been anxiously awaited and discussed for years, and by partnering with Acer, IMAX is about to make a move to open six theaters capable of handling the technology.

Google is in on the game as well, and will be offering their Jump technology to IMAX’s efforts to create cameras that shoot VR ready footage. Virtual reality in films can’t be accomplished to the fullest until directors are able to capture performances correctly for the platform. As the professionals on the filming end of movies understand the capabilities, the results will continue to expand and improve.

IMAX Will Start with Shorts

The first VR content from IMAX is expected to be short films, most likely already tied to an existing movie franchise. The showings will be about 10 minutes of content and is expected to cost within the range of $7.00 to $10.00. That might be steep based on simply the numbers, but many movie goers are sure to be enticed by the deeper experience virtual reality can bring to them and will shell out the funds to be the first of their friends to immerse them in it.

IMAX and Google Pave the Way

According to an article on the IMAX website, the theater company is also working with Google to make the most of VR technology. The companies are embarking on a joint venture to develop a cinema grade VR camera which will allow more content to be created that is VR ready.

The camera will work with Google’s Jump technology. Jump is Google’s venture into VR, which is currently a huge story in the technology and gaming industries. Together, IMAX and Jump will allow for a camera that captures 360 degrees of image, then enabling the viewer to experience media like a participant rather than just someone watching.

The Future of Viewing

It’s impossible to be certain what the viewing experience will be like in the coming years in theaters, because the VR technology as a whole is so new to consumers. The demand is there, however, and now two authorities in the field of technology and media are combining to meet that demand. That is bound to be good news for movie goers! The first VR cinema just opened in Amsterdam after a successful pop up tour of Europe. If this location is any indication of what is to come from IMAX, we do have a few details.

The seating arrangement is completely different for a VR viewing. The chairs will resemble office chairs with the ability to swivel around completely. This will allow viewers to truly experience the VR technology from multiple directions. A viewing device and headphones are likely to be at every seat.

Get In On the Fun

Unless you’re an Amsterdam local, your VR experience is limited to finding events that are featuring the technology or purchasing some of the at home devices to try for yourself.

There are viewers available on websites like Newegg at extremely affordable prices, including the CST-06 Head-Mounted Google Cardboard Version 3D VR Glasses for under $25.00. These work with mobile phones and are reportedly excellent for gaming.

If you want to spend as little as possible, you can get the Google Cardboard DIY, GMYLE Virtual Reality Viewer 3D Cardboard Glasses for around $8.00. It isn’t going to get much more economical than that. The glasses work with a number of VR ready apps.

These devices are unlikely to show the true potential of Virtual Reality in theaters, but it can at least satisfy some of the mounting curiosity among consumers. There are films available online in VR that you can test out at home if you have a compatible headset.

If you are ready to take the plunge for home viewing, Newegg is certainly a great place to start, either with the device examples above or any of the numerous others offered at the retailer’s website. For extra savings on your new gear, swing by Frugaa.com, for a slew of coupon codes that can save you more just by copying and pasting codes from Frugaa onto Newegg during checkout.

No matter what the future of movies will look like, it certainly sounds like exciting times are in front of us. The act of watching movies is growing less passive and more immersive, which can really make a deeper emotional impact on consumers. It’s a brave new world for VR, and we’re just living in it.

This article presented by Frugaa. 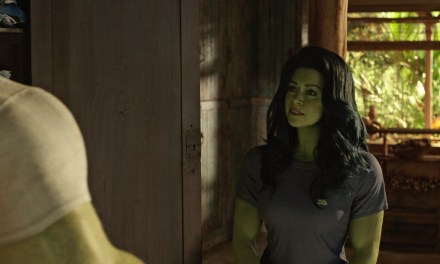 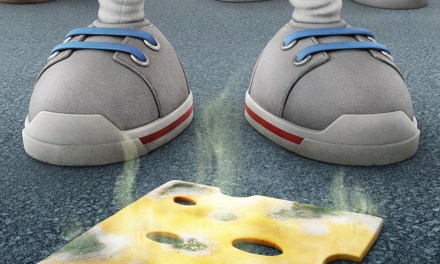