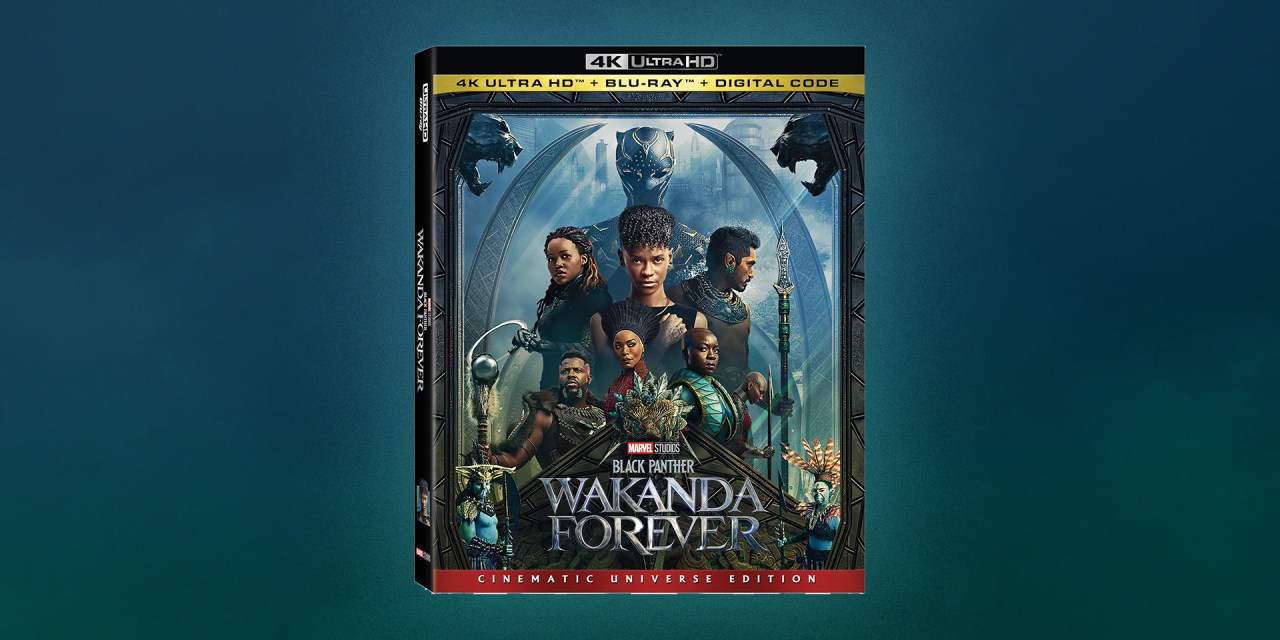 BLACK PANTHER: WAKANDA FOREVER is ready to come home from battle and the film will be available on Digital (and Disney+) on February 1, 2023 and on 4K Ultra HD, Blu-ray and DVD February 7, 2023. The release includes exclusive bonus content including deleted scenes, a gag reel and audio commentary by esteemed filmmakers Ryan Coogler, Joe Robert Cole and Autumn Durald Arkapaw. Plus, a two-movie bundle will be available on all major digital platforms.

Additionally, collectors can find two limited-edition SteelBook designs only at Best Buy. Artist Dorothea Taylor designed one SteelBook that highlights the Wakanda warriors and Orlando Arocena recreated the vibrant world of Talokan for the other. Walmart will also offer an exclusive 4K Ultra HD edition with custom artwork and a limited-edition Black Panther enamel pin.