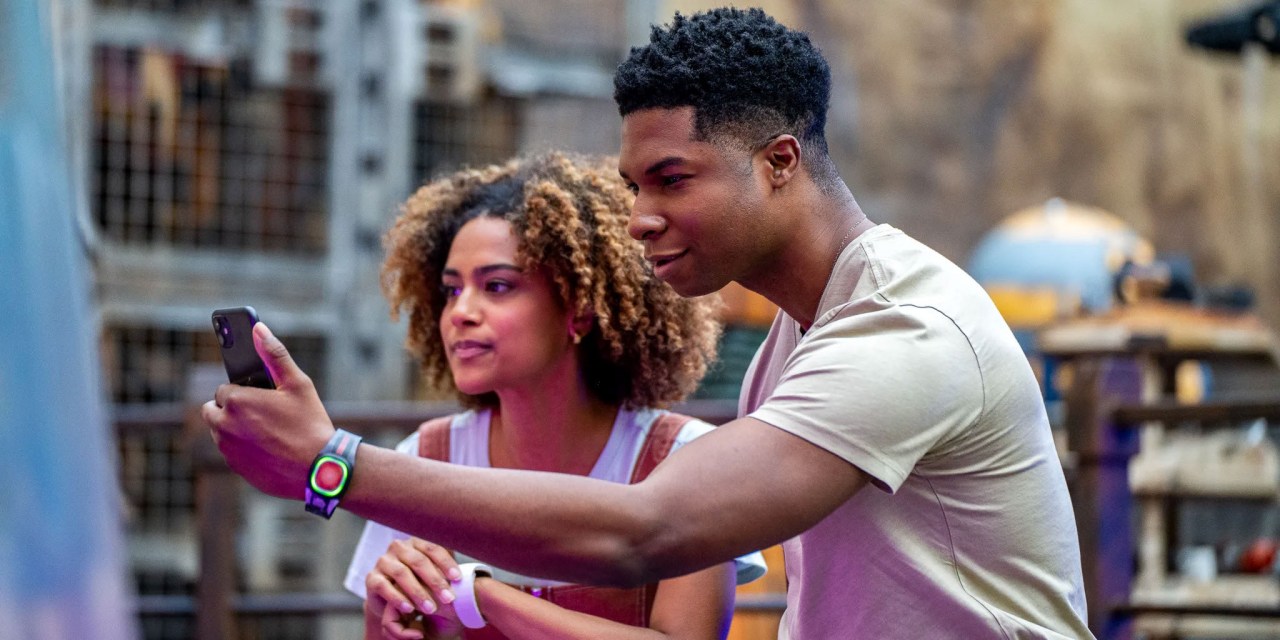 MagicBand+ is officially coming to Disneyland “this fall” and a Disney touted the features for the pay-to-play feature they confirmed what’s already been seen thanks to consturction walls: the west coast debut of the Star Wars: Batuu Bounty Hunters experience.

After a guest enters a theme park, MagicBand+ will come alive at various times with color-changing lights, haptic vibrations and gesture recognition, enhancing the environment’s storytelling. Most importantly it will feature in the new adventure in a Galaxy not so far away…

The Star Wars: Batuu Bounty Hunters game already debuted at Walt Disney World’s version of the land and requires both the use of a MagicBand+ and the Play Disney Parks app. The interactive experiences builds on the “live your own Star Wars story” that was promised for the new land and utilizes the upgrade new MagicBand+ technology.

Star Wars: Batuu Bounty Hunters launches soon at Disneyland. An official launch date has not yet been announced.