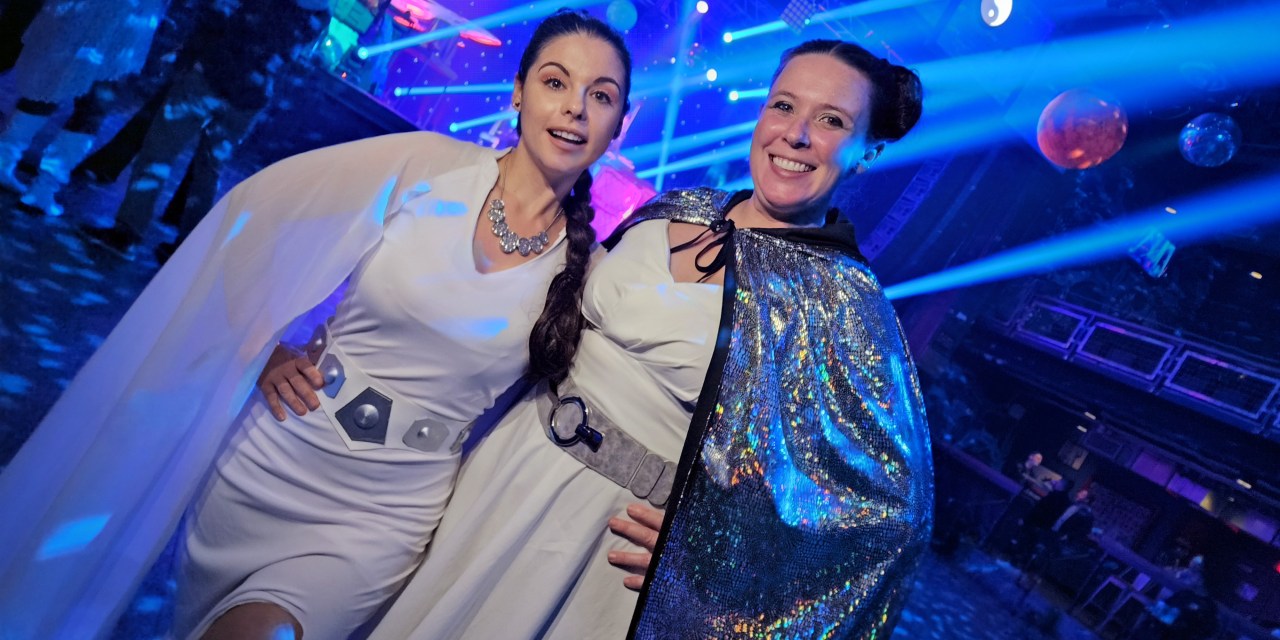 Opening night of the STAR WARS CELEBRATION in Anaheim kicked off with a boogielicious bang on Thursday, May 26 bringing the funk of fandom and Star Wars to the House of Blues Anaheim at the D23 GALACTIC DISCO NIGHT.

Take one part disco, one part Star Wars and throw them together with a taco bar, cosplays, character appearances, and a DJ set from Mayer Hawthorne and you’ll see that this cantina was far from a hive of a scum and villainy. Take a full look at everything in our pictorial below. ENJOY!

Although we were invited to attend as media partners without charge, the general admission cost for D23 gold members was $62 while D23 general members paid $82. There was also an upgraded option upstairs for a VIP seating area overlooking the disco dance floor that cost $100.

A taco bar was included with chicken or mushroom options plus toppings, chips, and cookies. The full bar was open (guests had one voucher for a beer or wine) but the specialty cocktail of the night was fittingly full of surprise trouble with a mix of Tito’s Vodka, Blue Curacao, sweet and sour, and a cranberry float. There was a gift at the end of the night consisting of a Coke Starlight influencer box with a Coke Starlight t-shirt, bottle of soda, pair of glasses, and some D23 Galactic Disco Night buttons.

Whether you were looking to break a sweat and do the intergalactic hustle under the glow of a disco ball on the dance floor, gather with friends and catchup on all things Star Wars (including the brand-new Obi-Wan which dropped its episodes early that night), or participate in a few games and snap some pics with the likes of Darth Vader, Stormtroopers, or other inhabitants from a galaxy far, far away then the event had something to offer. As an off-shoot from the nearby Anaheim Convention Center and an unofficial kickoff to the party it proved to be a pretty fun way to rub elbows with fellow Disney fans.

R2 and a Bith DJ were also on hand.

This could be any Tattooine bounty hunter but we’re fairly certain that this is actually princess Leia in disguise with a thermal detonator. 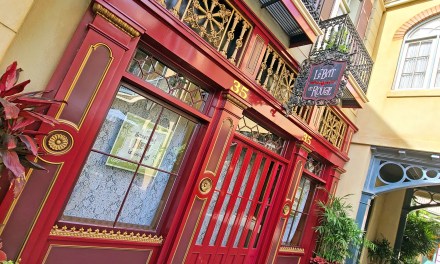