Disney SKETCHBOOK promises if you can dream it, you can draw it | #DisneyPlus 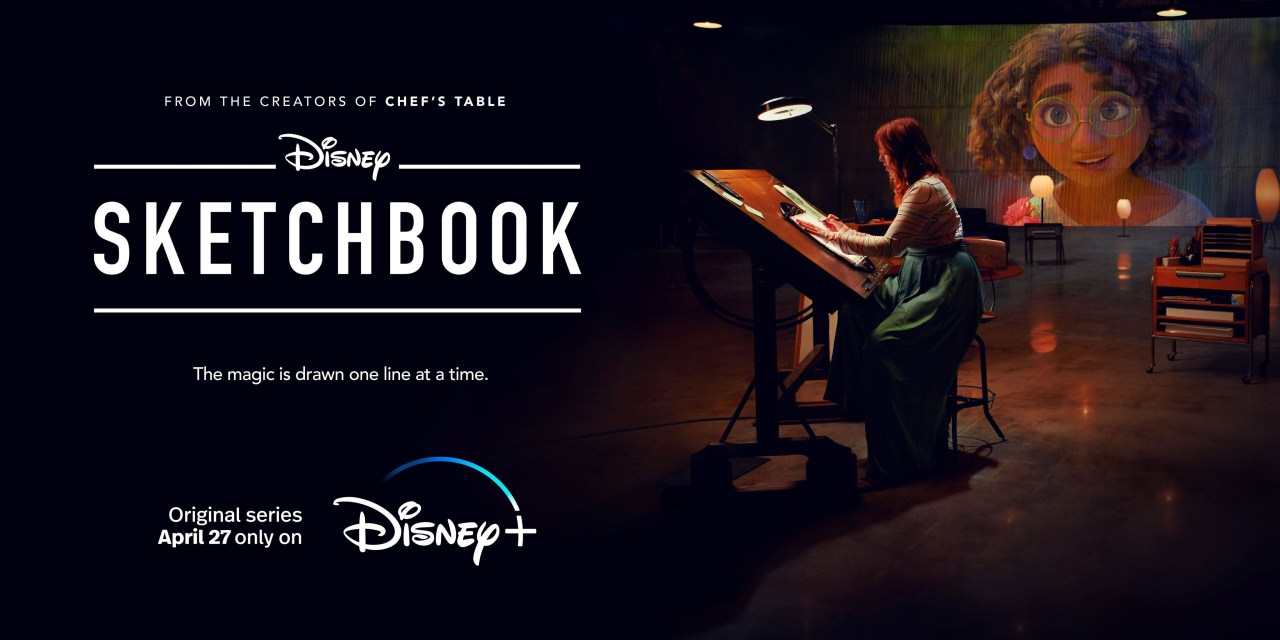 If you can dream it, you can draw it An inspirational line that was most certainly never said by Walt Disney but certainly embodies the spirit of the Walt Disney Company and it’s roots; this is just the mantra of a new six-part Disney+ Original Series called SKETCHBOOK sets out as its mission starting April 27, 2022.

In this series, you’ll get an insider’s look into the animation process as some of the Studios’ talented artists teach them how to draw beloved Disney characters, including Kuzco from “Emperor’s New Groove,” Olaf from “Frozen,” Genie from “Aladdin,” Captain Hook from “Peter Pan,” Mirabel from “Encanto” and young Simba from “The Lion King.”

From Supper Club and in partnership with Walt Disney Animation Studios, the intimate instructional documentary series will feature episodes that focus on a single artist illustrating a character that either they helped create or inspired them to want to be an artist at the Studio. Each has a unique story to tell about how they made their way to Disney and their chosen character making this an inspirational series on a deeper level beyond the technical skill of drawing a Disney charater.

The characters and artists featured in the series include the following:

Gabby Capili’s path to Disney Animation began at a young age when she saw her first Disney film in a theater with her father, “The Emperor’s New Groove.” As Gabby teaches us how to draw her favorite character from the film, “Kuzco,” she also shares the importance of following your instincts and being free to let life guide you where you belong.

While teaching us to draw one of Disney Animation’s most beloved characters, “Olaf” from the worldwide hit “Frozen” films, Hyun Min Lee shares the joyful wonder of the character and how she channeled personal loss into being a guiding light in her career in animation.

Legendary Disney animator Eric Goldberg guides us through the steps of drawing his most iconic character creation, “The Genie” from “Aladdin” while learning along the way the levels to which Robin Williams impacted the character and its animation.

Growing up in South Korea, Disney animator and character designer Jin Kim was always fascinated by the villains of Disney’s films. As Jin teaches us to draw “Peter Pan’s” “Captain Hook” we learn that his journey to America and working at Disney almost didn’t happen because of his colorblindness.

Disney Animation story artist Samantha Vilfort teaches us how to draw one of the Studio’s newest characters, “Mirabel Madrigal,” from the award-winning hit film “Encanto.” Through her story we learn that her connection to Mirabel’s struggle of being different from everyone else in her family hits close to home.

Storied Disney animator Mark Henn teaches us how to draw one of his favorite character designs, “Young Simba” from “The Lion King.” Through Mark’s story, we learn the importance of never giving up on your dreams, even in the face of rejection.

How to make the most of your Disneyland Vacation?

TravelEAR Abroad: All aboard in your own unique overnight train dream