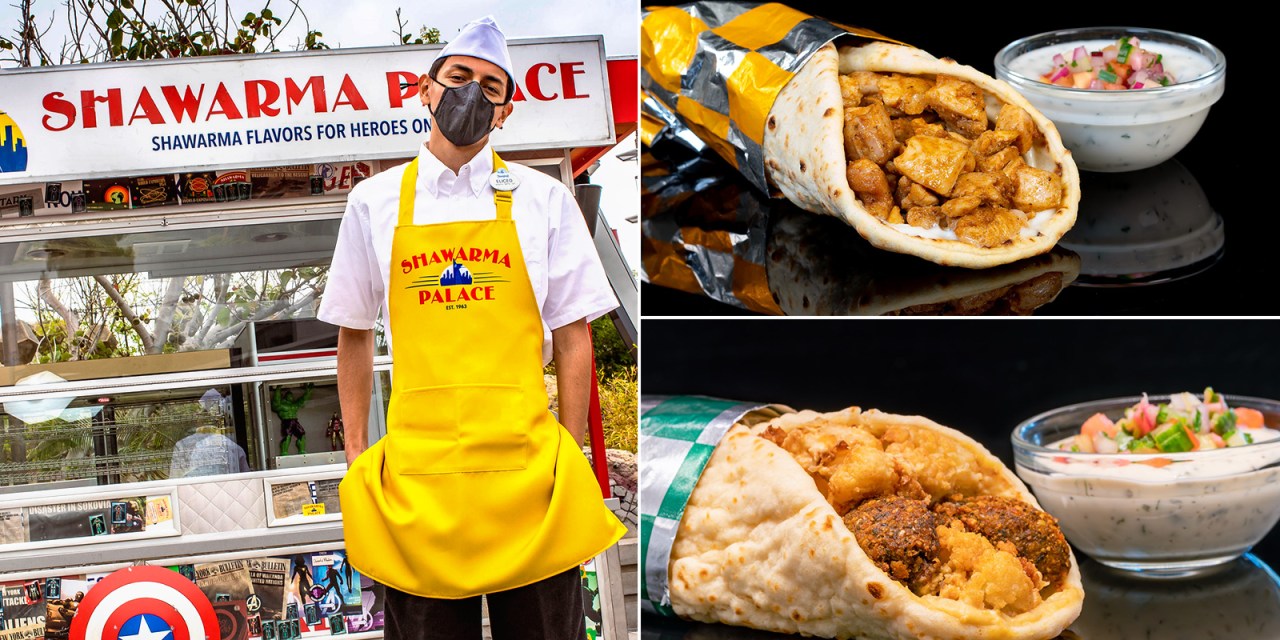 SHAWARMA PALACE (and its satellite sister location SHAWARMA PALACE TOO) is a quick-stop noshing cart in the AVENGERS CAMPUS Marvel-themed expansion at Disney California Adventure and we have a full look at the menu including pricing for of all the major offerings!

This kiosk is inspired by the end-credit scene in THE AVENGERS (which exists because of a random ad lib by Robert Downey Jr.) in which Earth’s mightiest stop for a quick bite following their epic feat of saving the world. The location WILL offer Mobile Order to help streamline the process.

The Mediterranean-inspired menu is short but promises to be packed with flavor. Let’s dive in!

Two wraps are offered and you can add an extra side of Coconut Yogurt-Tahini Sauce ($.89) 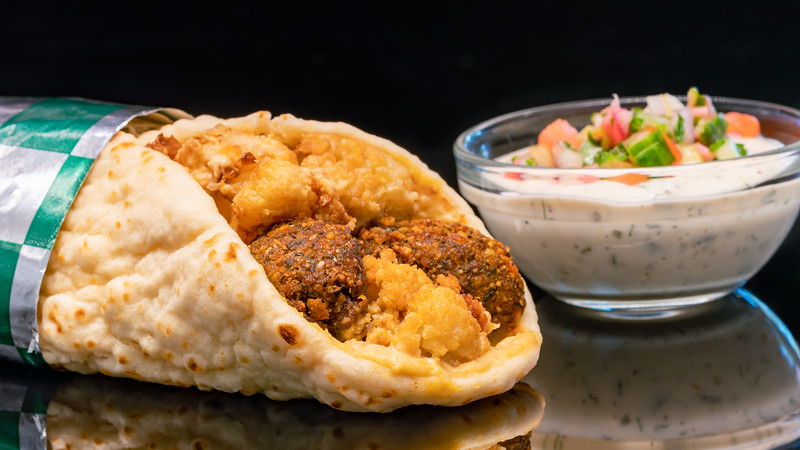 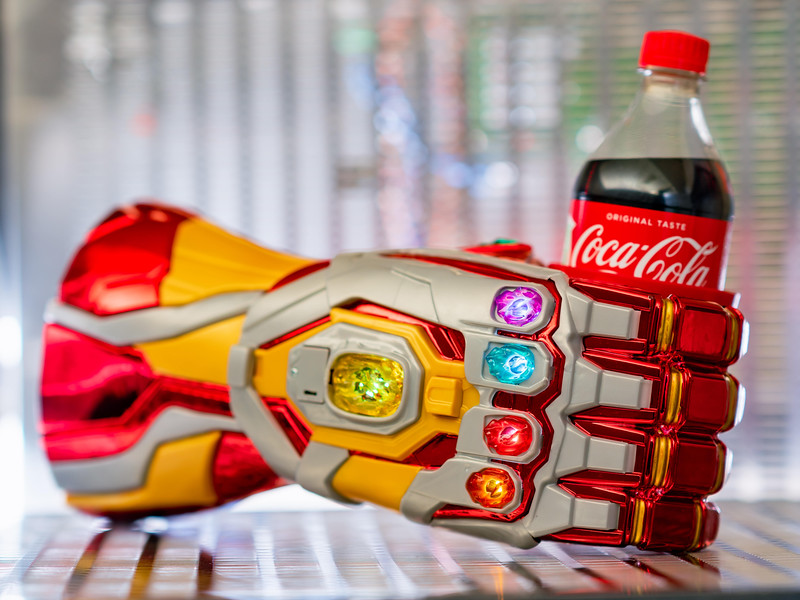 Below is the official backstory for the location.

After defeating Loki and the invading Chitauri army, the exhausted Avengers discovered their new favorite food at the original Shawarma Palace location in New York City. The feeling of appreciation was mutual, and the owners of Shawarma Palace were pleased to accept the invitation to open a second location at Avengers Campus.

Enjoyed by new recruits and veteran Super Heroes alike, the tasty food cart is decked out with fun Avengers memorabilia. Besides this location, there’s three other dining options to consider. 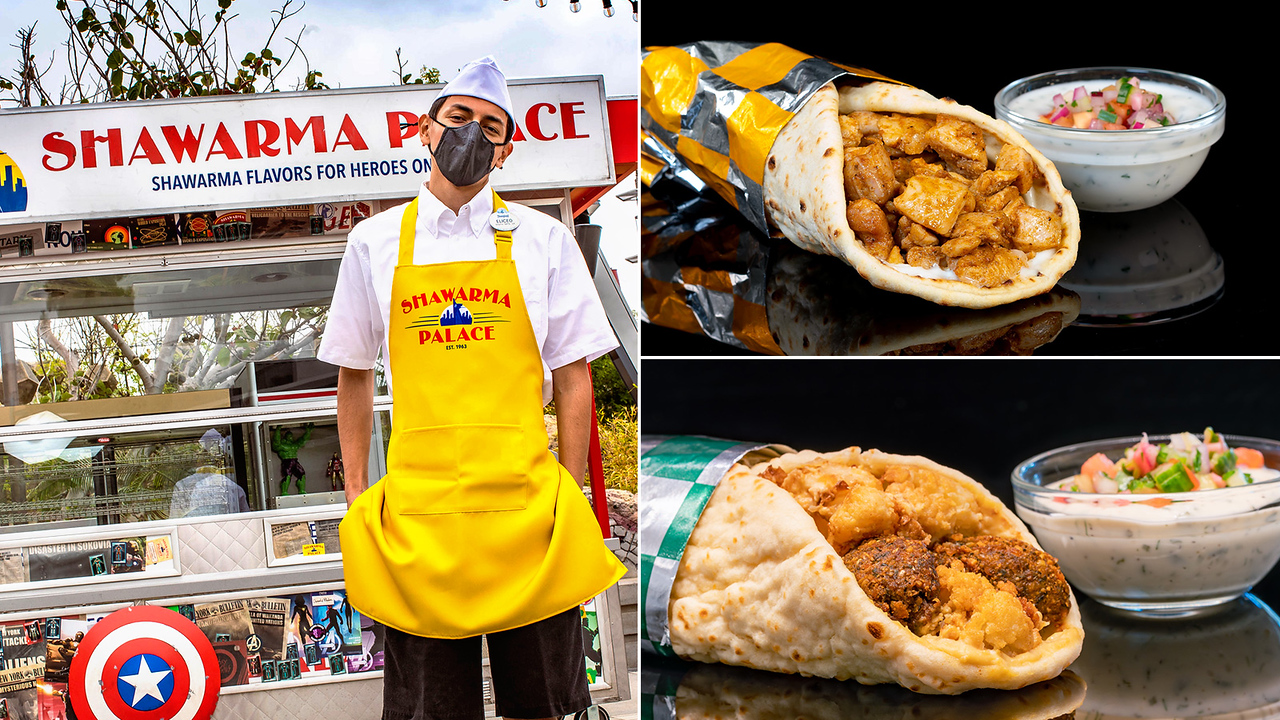 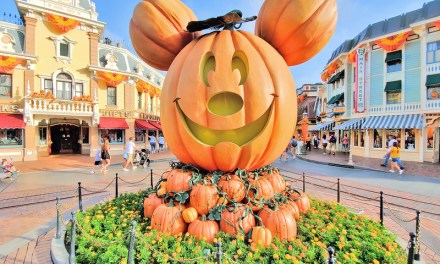