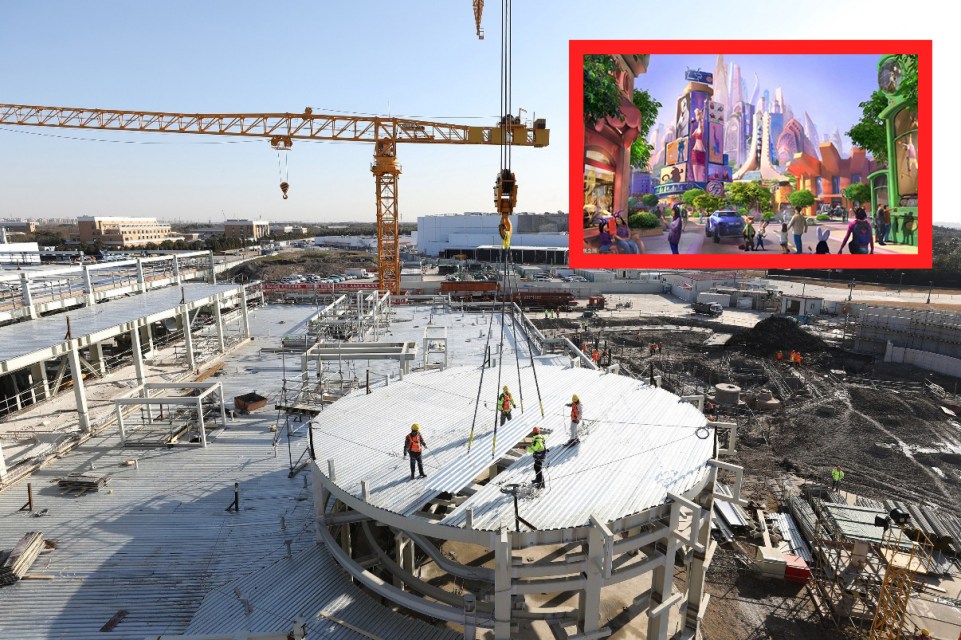 The Shanghai Disney Resort marketing team is on an early buzz blitz as we close out 2020 to promote their upcoming Zootopia-themed land. After recently announcing a partnership with SKECHERS that would bring the popular shoe-brand in-world with a land-specific rebranding, we now have some official photography for the momentous topping out of the land’s yet-unnamed key attraction.

Little is known about Shanghai Disneyland’s upcoming eight and newest land themed around the world of the animated hit feature ZOOTOPIA but images today reveal some of the construction for the massive new building that will house what should promise to be an impressive new E-ticket attraction.

The installation of the steel roof deck today marked the structure topping out of the attraction, which will fully immerse guests in the mammalian metropolis of ZOOTOPIA and will invite them to join in an adventure with Judy and Nick, the lead characters from the hit, Academy Award®-winning animated movie. Leaders and representatives from the Resort, joined by leaders from the Administrative Commission of Shanghai International Resort and Shanghai Shendi Group, signed the final section steel roof deck before its installation and watched as the attraction was topped out.

ZOOTOPIA, as the eighth themed land at Shanghai Disneyland, will be the first-ever land of its kind featuring a major new attraction that seamlessly blends Disney’s storytelling and state-of-the-art technologies in order to bring this fan-favorite movie and its characters to life. 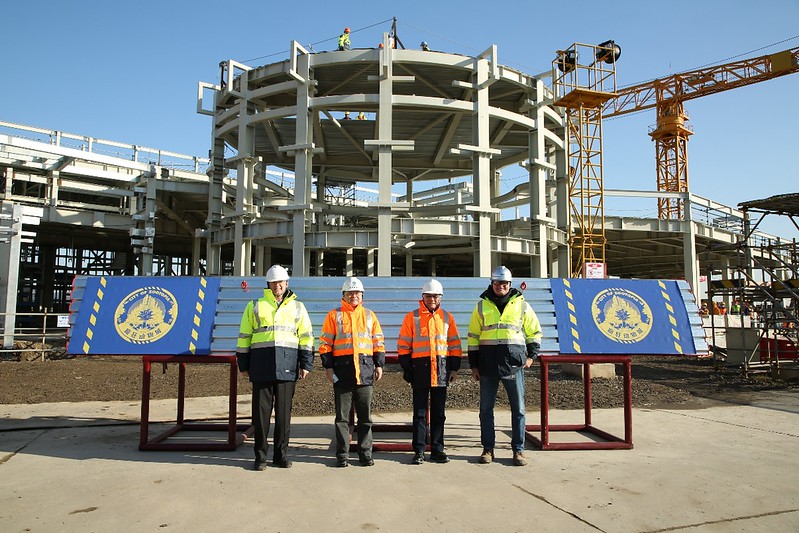 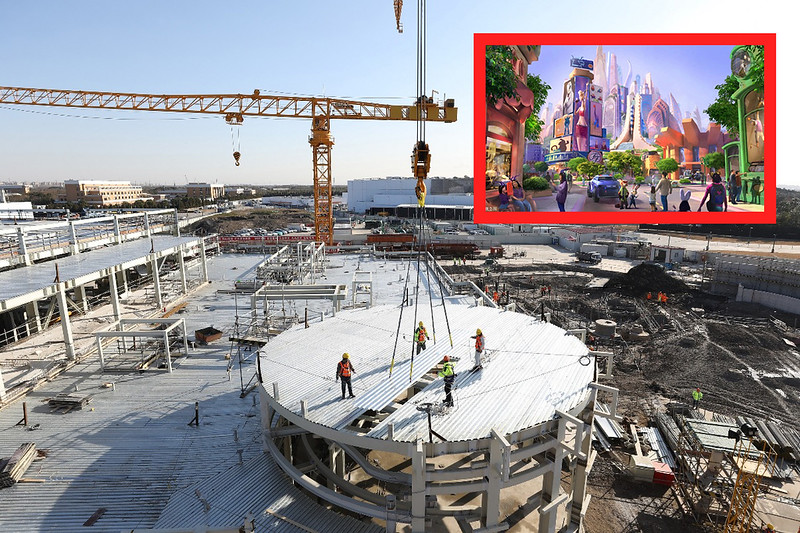 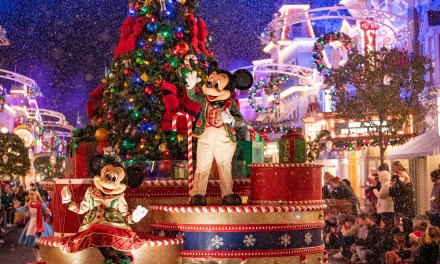 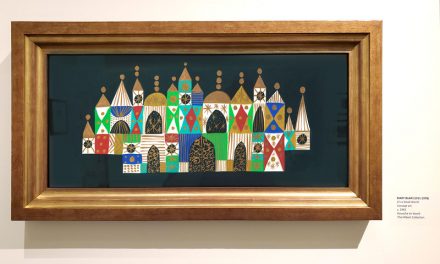