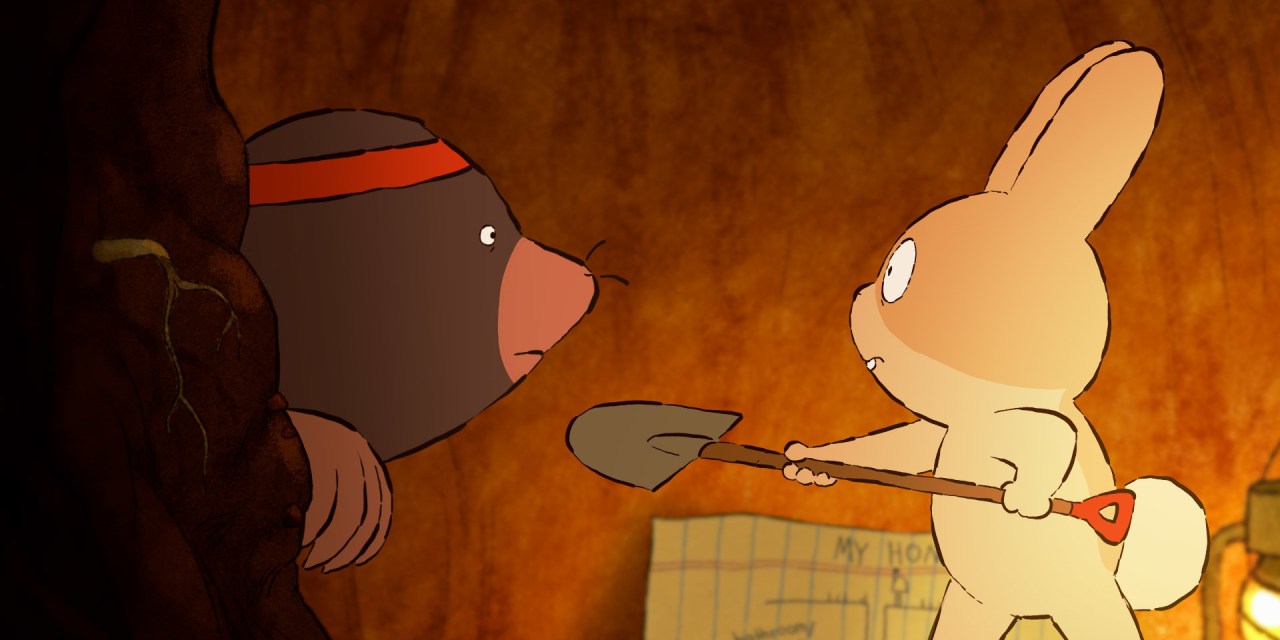 BURROW has dug its way up on Disney+ and debuts officially on Christmas Day! Directed by Madeline Sharafian and produced by Mike Capbarat, the adorable new short features a young rabbit who embarks on a journey to dig the burrow of her dreams, despite not having a clue what she’s doing. Rather than reveal to her neighbors her imperfections, she digs herself deeper and deeper into trouble. After hitting (bed)rock bottom, she learns there is no shame in asking for help.

While the short film was completed in 2019, BURROW strikes a nerve in 2020 with an overarching theme of feeling underground and isolated from others. MouseInfo was recently invited to part of a virtual press conference with Madeline to learn about how BURROW came to be. 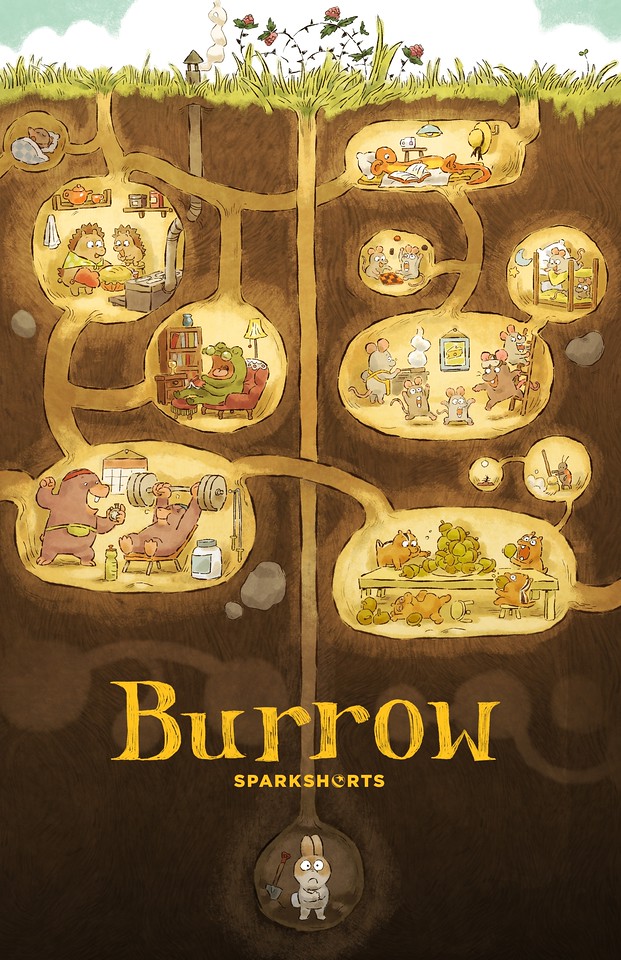 BURROW was originally conceived while Madeline was a student at CalArts, but she never had the opportunity to make the short film before leaving the school. Lindsey Collins, the former executive producer of the SparkShorts program, approached Madeline about her interest in ever making a short. “I saw my final CalArts film flash before my eyes!” Madeline shared. “I saw that door of opportunity open a crack and it was time to throw my whole body through.”

Madeline was fortunate enough to get her first choice of Producer, Mike Capbarat, who she worked with on some previous projects at Pixar. Their camaraderie and friendship set the overall tone of the project. Next to join the team was Anna Wolitzky as editor, who kept tabs on the length of the short. “From school I knew the shorter it was, the more beautiful the animation could be,” Madeline explained. “I knew I wanted this short to be a rich, concentrated little morsel. Not too long, but with love in every shot. Sort of like a slice of fruitcake…if everybody loved fruitcake.”

Visually, BURROW is inspired by children’s books, such as Jill Barklam and Beatrix Potter. With this nod to comforts from our childhood, watching this film at the end of 2020, a year full of uncertainties and anxieties, BURROW felt like coming home to a warm hug. As an added bonus, Madeline added a special Easter Egg, giving a shoutout to fellow 2-D SparkShorts alum, KITBULL.

Selfies with Chewbacca amongst other extras for seeing SOLO at the El Capitan Theatre!

O_o The Muppets’ Dr. Teeth and The Electric Mayhem are going to Outside Lands 2016‏