Depending on your country, November 12, 2019 will be a pivotal day for Disney fans with the launch of Disney+. The new digital service will be the ultimate way to secure the best content from Disney, Pixar, Marvel, Star Wars National Geographic, and more; all available on nearly all major mobile and connected TV devices.
More details will be revealed this week at the D23 Expo but details confirmed for pricing, international release, and device availability!

On November 12, consumers in the U.S. will get a new and exciting value proposition…

At the D23 Expo 2019, attendees will have the opportunity to be the first to subscribe to Disney+ with a special “Founders Circle” offer that grants…

The offer is open to all D23 members and D23 Expo Attendees for a limited period during the Expo event running August 22rd – and extended online to Sept 2nd for D23 members.

At launch, consumers will be able to subscribe to Disney+ directly or via in-app purchase and start streaming from the following partner platforms and devices (dependent on country):

Disney+ will launch in Canada and the Netherlands in tandem with the U.S. on November 12.

The following week, Disney+ will launch in Australia and New Zealand on November 19.

Expectations are to launch in most major global markets within the first two years.

Visit DisneyPlus.com to register your email and be kept up to date on the service. Starting today, Disney+ also goes live on social media. Follow along here: 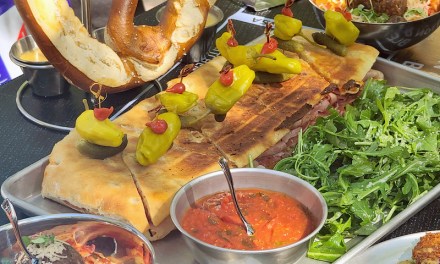 GUIDE / REVIEW: Get a taste of new PYM TEST KITCHEN restaurant at #AvengersCampus

MOM’S REVIEW: Minnie and Daisy Are On The Way To Save The Day Again In MINNIE: HELPING HEARTS!