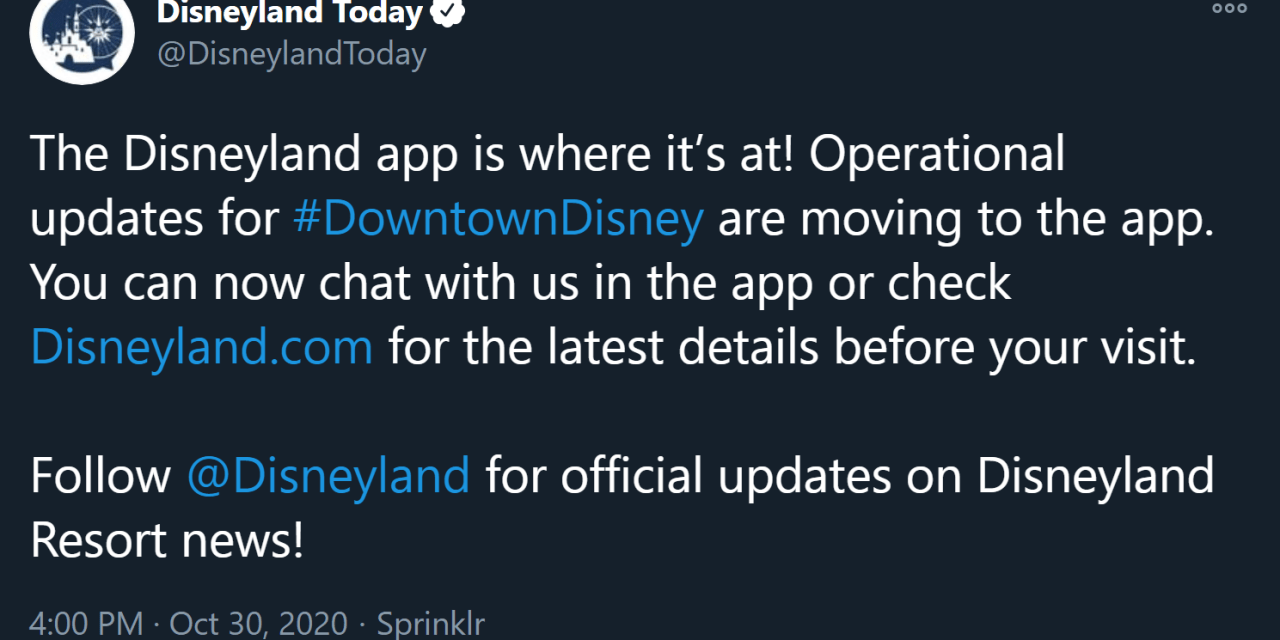 As layoffs continue around the Disney Parks following the announcement of reductions of more than 28,000 people, operational changes continue to be seen in how the most profitable segment of the company is run. On Friday evening, the popular @DisneylandToday social media account posted a seemingly hastily prepared message about the decommissioning of the account.

The message indicated in part that “operational updates for #DowntownDisney” and the ability to “chat with us… for the latest details before your visit” is now being moved exclusively within the official Disneyland App. It also indicates to “Follow @Disneyland [on Twitter] for official updates on Disneyland Resort news”.

The east-coast account, @WDWToday, which served similar purpose had previously been shuttered in May of 2019. 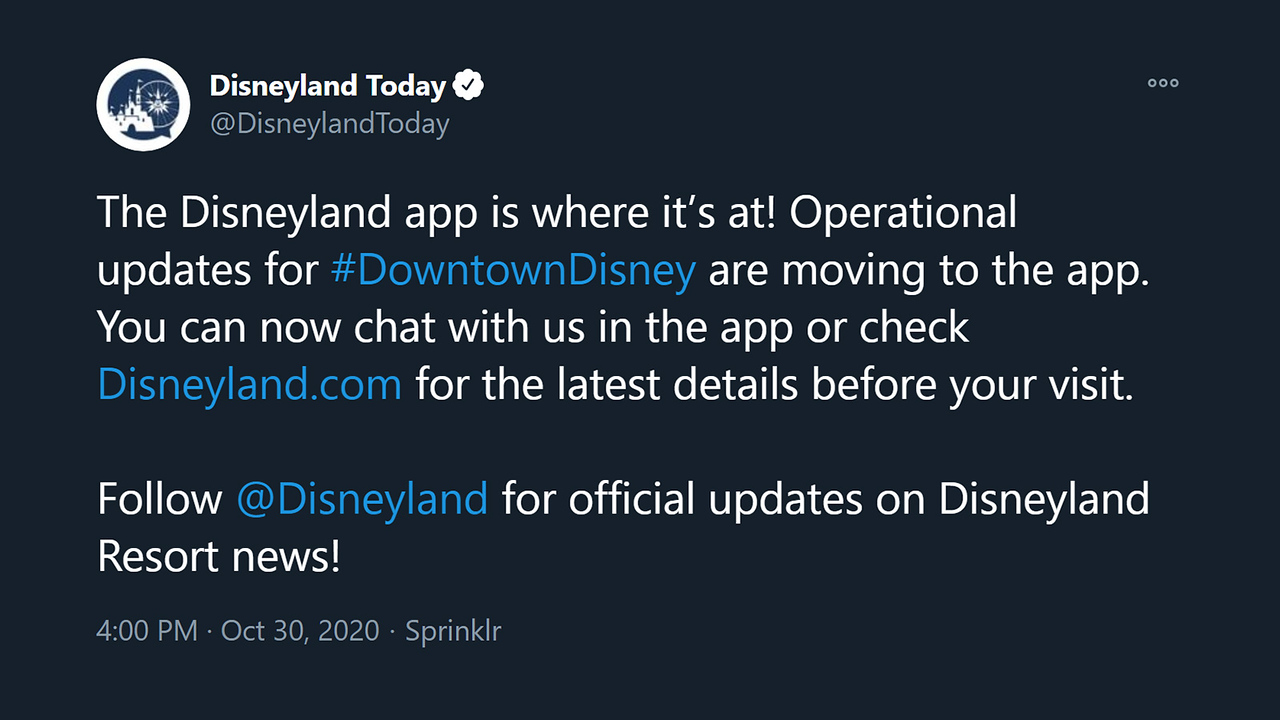 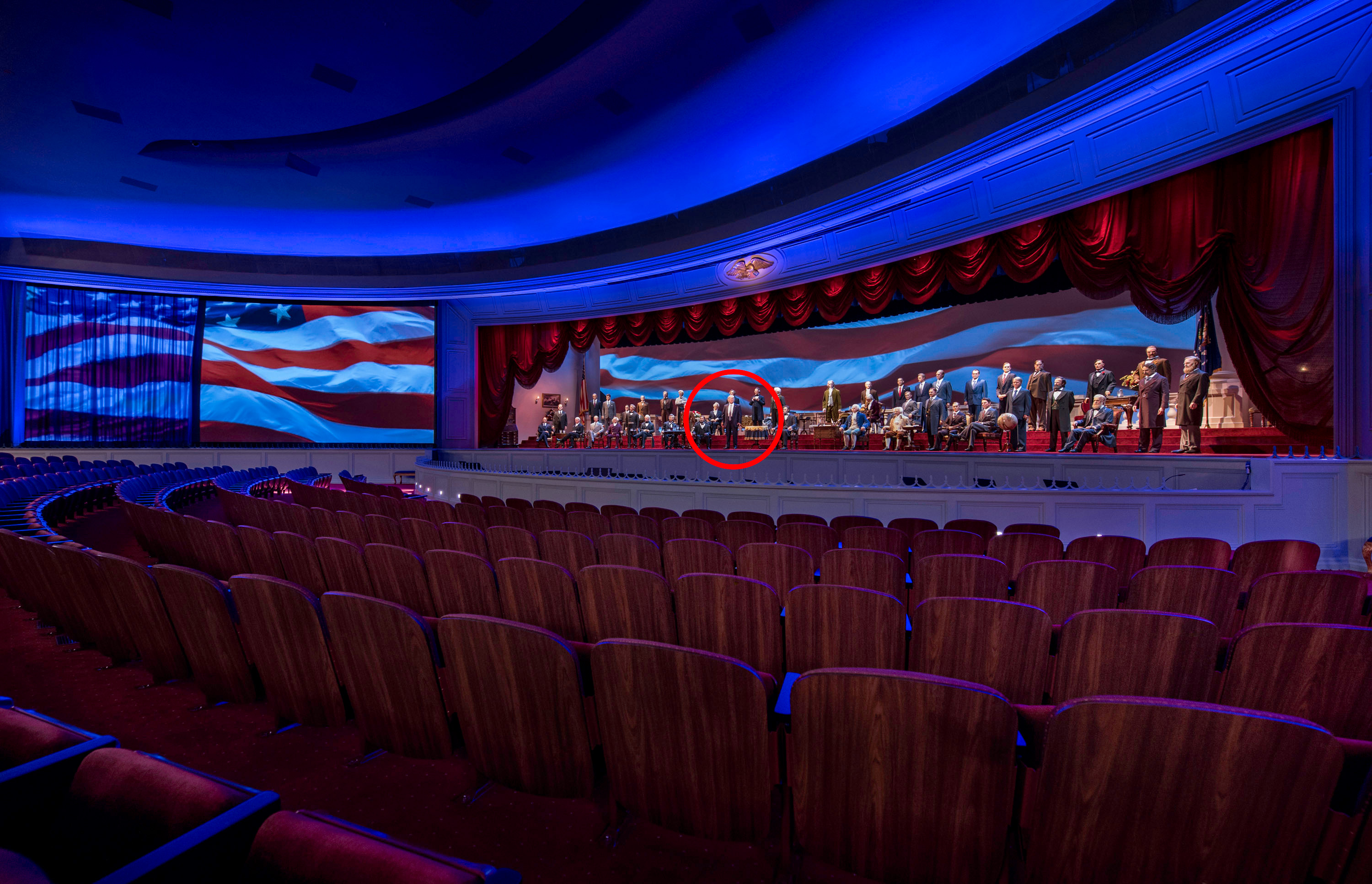