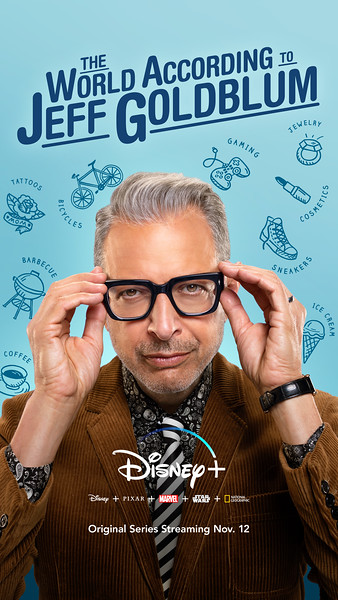 Disney+ confirmed today that the quirky THE WOLRD ACCORDING TO JEFF GOLDBLUM series has been picked up for a second season on the popular streaming service.

After premiering on November 12, subscribers have followed host and executive producer Jeff Goldblum across the country as he unravels the fascinating truths behind familiar objects we all know and love. The first season explored a spectrum of topics from ice cream and sneakers to denim and RVs. In the 10-episode second season, Jeff will bring viewers on an entertaining and insightful ride around the world as he unearths a new batch of everyday objects.

The news comes after other Disney+ Original series also received confirmation of second seasons including THE MANDALORIAN and HIGH SCHOOL MUSICAL: THE MUSICAL: THE SERIES. Outstanding original series that have not yet been confirmed as canceled or continuing on include ENCORE! and MARVEL HERO PROJECT.

Produced by Nutopia, THE WOLRD ACCORDING TO JEFF GOLDBLUM is the service’s first original series from National Geographic and will conclude its freshman season on Friday, January 24.  Serving as executive producers are Jane Root and Arif Nurmohamed for Nutopia, with Jeff Goldblum and Keith Addis.

THE WOLRD ACCORDING TO JEFF GOLDBLUM is available now on Disney+.