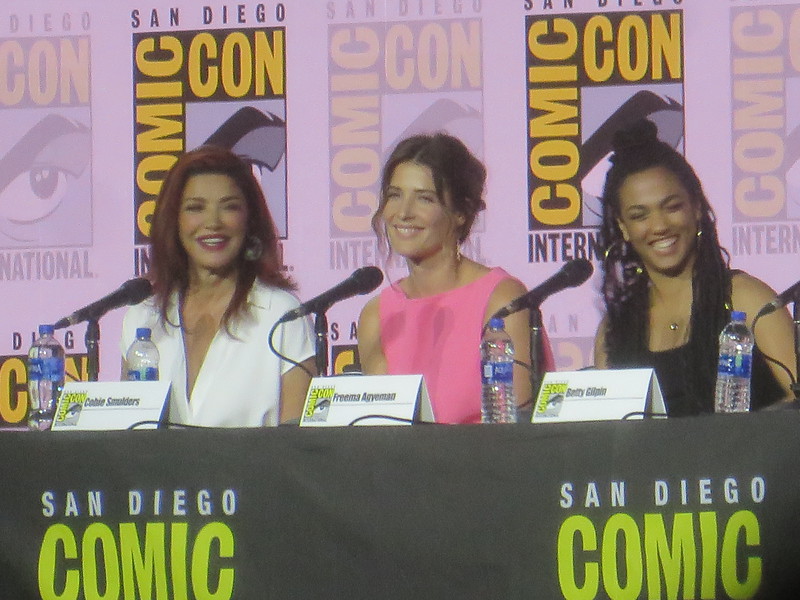 Returning once again to Hall H at San Diego Comic-Con, Entertainment Weekly hosted a fabulous discussion about Women Who Kick Ass. fierce actresses including Shohreh Aghdashloo (The Expanse), Freema Agyeman (New Amsterdam, Doctor Who), Betty Gilpin (The Hunt, GLOW), Cobie Smulders (Stumptown) , and surprise panelist Jeri Ryan (Star Trek: Picard) who open up about the power and privilege of playing women that redefine the rules and refuse to yield. The discussion was moderated by Sarah Rodman from Entertainment Weekly. 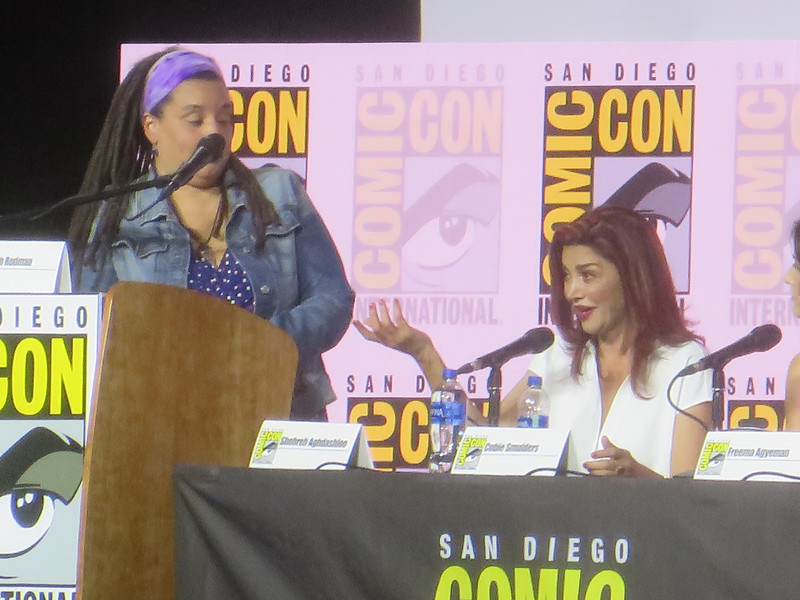 The collection of panelists provided thoughts and personal experiences on working in the industry. Aghdashloo seemed the most in awe of the current state of female empowerment having had a career that has spanned over several decades. She is absolutely astounded at the progress made since the early days of her career. However, when asked if she had a preference on working with directors who were male or female she said she honestly had no preference. Her frame of thought spans beyond just the gender and more specifically to the person. She wants to work with great people regardless of gender. To her, gender is almost invisible. A notion we could only hope is one that continues to gain traction. 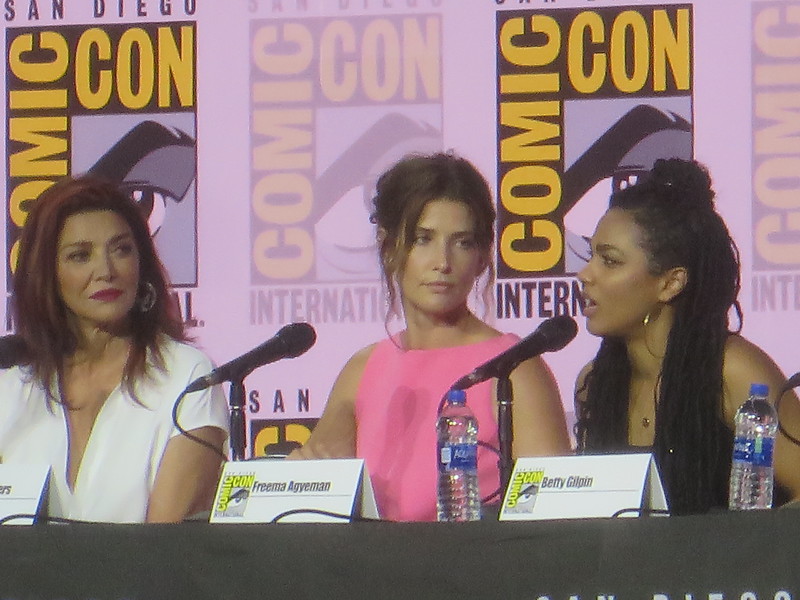 Still, Agyeman countered that notion only just slightly in that the unity and empowerment of equality is great, however, it shouldn’t come at the cost of losing what’s unique about ourselves. Our personal stories and interactions that make us who are are shouldn’t be lost to homogenized uniformity.

Smulders echoed sentiments that her womanhood shouldn’t always just be the direction of her storylines. The change away from that direction is something she’s found especially attractive about her new ABC show Stumptown. The basis of her character’s story arc isn’t a “will-they or won’t-they” premise about coupling her with a romantic partner. Instead, her character is doing her own thing independently and without need for a trope that falls all to often on female roles. Might she have romantic entanglements? Who cares? Maybe. Maybe not. Her love life is not the center of her character’s story.

For Ryan becoming a mother pressed on her even more to chose roles that allowed her children to see that ANYTHING is possible for them in this world. They shouldn’t feel constrained by societal norms and gender roles that are prescribed through popular media. 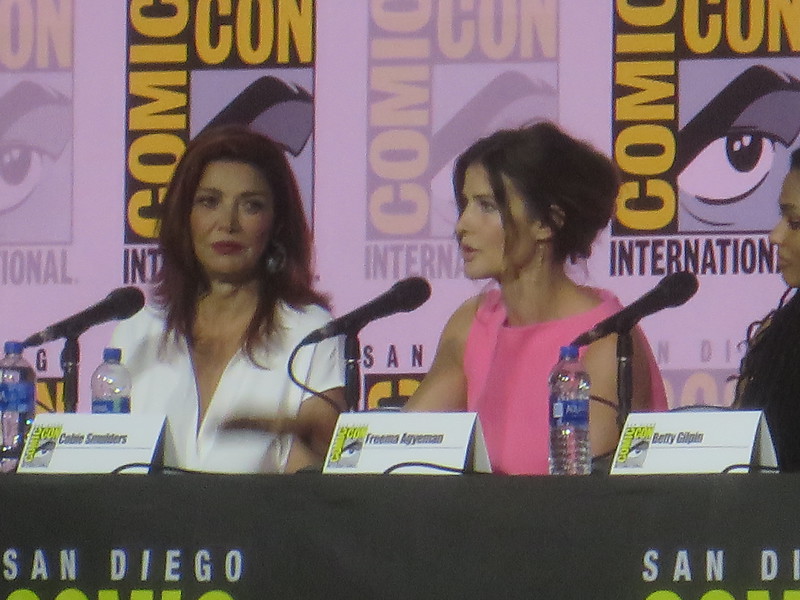