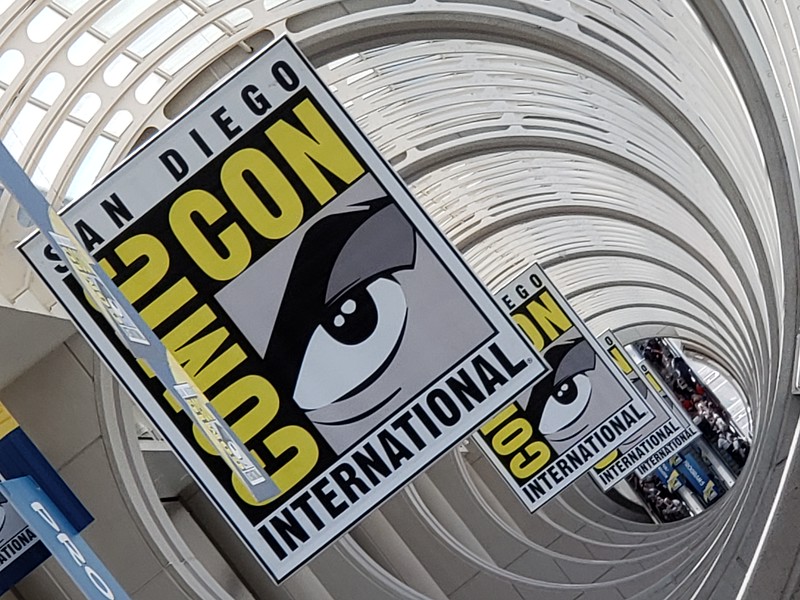 The 2019 San Diego Comic-Con is just a few short weeks away and we now have a look at the Saturday schedule of events taking place on July 20, 2019!

There’s a few panels that fall under the Disney umbrella and there’s also a few other goings on that Disney fans will enjoy, too.

Disney-related highlights include: Marvel Studios; Disney Hyperion Publishing Panel: Fairy Tale Retellings with a Twist; Mickey on Vinyl: D23 Celebrates the Mouse, the Music, and the Movement; and Marvel Comics: Next Big Thing.

There’s a few other goings on that Disney fans might enjoy including Cartoon Voices I; Spotlight on Willie Ito; The History of Jack Kirby; and Women of Marvel: 10 Years and 200 Episodes.

Nostalgia-Ganza: A Look Back at Animated Series from the ’80s

Celebrate 10 years of Women of Marvel panels and 200 podcast episodes! Hosts Sana Amanat (VP of Content and Character Development, Marvel) and Judy Stephens (producer, Marvel) and others will talk 80 years of Marvel history, what it’s like working as a woman in comics, and the future of the industry.

The History of Jack Kirby

The Jack Kirby Museum sits down with DC and Marvel artist Mark Badger, underground cartoonist Bruce Simon, and Kirby assistant and creative partner Steve Sherman for a historical slideshow on the life and career of Jack Kirby featuring an overview of his artistic progression from the 1940s through the 1980s, with an emphasis on his groundbreaking use of the spread. The panel will discuss the man behind the art from Simon’s and Sherman’s personal stories with Jack in the ’60s and ’70s, as well as the art itself. with an analysis of Kirby’s methods, theories, and design.

Mickey on Vinyl: D23 Celebrates the Mouse, the Music, and the Movement

2019 marks the 40th anniversary of the landmark multiplatinum Mickey Mouse Disco album, so put on your bell bottoms, and get ready to wind back the clock with D23: The Official Disney Fan Club. This panel will be a funky trip through Mickey Mouse’s influence on pop culture and a celebration of his past, present, and future-featuring a few familiar faces and rarely seen surprises!

It’s the fastest, funniest panel in the whole convention! Once again, your Quick Draw quizmaster Mark Evanier pits three super-speedy cartoonists against one another with dueling Sharpies as they create great cartoon art right before your very eyes. Competing this year are (as usual) Sergio AragonÃ©s (MAD magazine, Groo the Wanderer) and Scott Shaw! (The Flintstones), joined this year by Disney legend Floyd Norman!

Each year, moderator Mark Evanier gathers a bevy of the most talented cartoon voice actors working today and invites them to explain and demonstrate their artistry. This year’s lineup includes Marieve Herington (Big City Greens, Disney Junior), Adam McArthur (Star vs. the Forces of Evil, The Adventures of Puss in Boots), Laraine Newman (The Epic Tales of Captain Underpants, Dorothy and the Wizard of Oz), Lex Lang (Star Wars Resistance, Curious George), Eric Lopez (Young Justice, The Spectacular Spider-Man), Fred Tatasciore (Family Guy, The Incredible Hulk), and maybe a few other members of the vocal majority.

Star Wars, The Lord of the Rings, The Matrix. All beloved stories that follow the hero’s journey-the mythic structure of all great stories. Though many have explored why this ancient template has inspired so many great works, it’s time to adjust our thinking for a modern age. What exactly is the hero’s journey? How do some of pop culture’s newest heroes-Captain Marvel, Miles Morales, Rey-follow or subvert this pattern? And what does the reaction to these characters say about the state of fandom and storytelling? Nerdist editor-in-chief Rachel Heine, Preeti Chhibber (author, Peter and Ned’s Ultimate Travel Journal), Hector Navarro (host, DC Daily), Joshua Yehl (senior features and news editor, IGN), Danielle Radcliffe (writer, ScreenJunkies), and Jessica Delfanti (narrative lead, Fable Labs) break down what it truly means to be a “hero.”

Legendary writer Jonathan Hickman is joined by Marvel editor-in-chief C. B. Cebulski and other mighty Marvel panelists to bring you all the latest and greatest news straight from the House of Ideas. Learn what comes next for the X-Men after the senses-shattering revelations of the House of X and Powers of X !! Plus, stick around for a few things they can’t even hint at yet!

Willie Ito discusses his 50 years in animation working for a multitude of companies such as Disney, Warner Bros., Bob Clampett, Hanna-Barbera, and Sanrio, as well as his comic book work with Marvel, Petersen Publishing, and Western Publishing. Having held such titles as producer/director for Aloha Productions, product designer for Disney Consumer Products, and publisher for Yabitoon Books, Willie will have much to speak about.

This is your chance to meet the head of editorial at Marvel! In an exclusive interview, editor-in-chief C. B. Cebulski, along with superstar talent including Rob Liefeld and Skottie Young, will talk about anything and everything involved with Marvel Comics. What secrets are held in the House of X ? Can Venom prove himself a true hero in Absolute Carnage ? When is Dazzler’s next album coming out? What were C. B., Rob, and Skottie’s favorite Marvel characters as kids, and how do they feel about those characters now? Ask these questions and more in the Q&A!

In this interactive panel, moderator Sam Maggs (Captain Marvel) wants to hear from YOU. Share with panelists Robbie Thompson (Meet the Skrulls, Supernatural), Steenz (Archival Quality), Sarah Kuhn (I Love You So Mochi, Heroine Complex), and Riley Silverman (Troubled Waters) all your best cosplay, fanart, and fanfic. They want to know how you celebrate and honor your fandom, and advise you on how to take it to the next level.

Marvel Studios president and producer Kevin Feige and surprise panelists provide an inside look at the ever-expanding Marvel Cinematic Universe.

Manga is for everyone, and TOKYOPOP’s goal is to bring the magic of manga to all comic book fans, whether they’re manga veterans or new to the world of Japanese-style comics. Panelists will let curious fans know what’s coming up this year and beyond from TOKYOPOP and how they’re expanding their Disney manga licenses for kids, bringing diversity into the world of manga from their International Women of Manga line, and resurrecting classic titles for collector editions and bringing new manga over from Japan.

In the Star Wars cinematic universe, traditional parent-child relationship dynamics become twisted and turned. Are the destinies of the heroes and villains determined by nature or nurture? Will it matter if Rey’s rise is prompted by lineage or legacy? Are Luke and Leia the substitute parents that Rey never had? Why does Ben Solo turn to the Dark Side of the Force, becoming Kylo Ren, while Luke Skywalker chooses to walk a different path? Does Kylo Ren have any chance at redemption like his grandfather before him? Does Emperor Palpatine “groom” his targets while the Jedi council encourage cult-like obedience? What does the “style” of killing and torturing others say about Darth Vader and Kylo Ren? Would they, or even Han Solo, have any psychiatric diagnoses if they existed in our world? The forensic psychiatrists of Broadcast Thought, Praveen Kambam, M.D., Vasilis K. Pozios, M.D., and H. Eric Bender, M.D., tackle these questions as they explore parent-child relationships, psychopathy, adolescent development, and more in a galaxy far, far away.

GirlsDrawinGirls: Pinups and The Life of a Professional Woman Artist

Since 2006, GirlsDrawinGirls has grown from just 18 local LA women artists to around 200 women artists from all over the world. They are all professionals in the animation, comics, video games, and film industry and have chosen to draw pinup art, which has been predominately male dominated, to showcase the art from from a female point of view. By redefining the pinup, they are not only setting the focus on the diverse and talented women in the entertainment arts industry but are also embracing their own take on their bodies and their sexuality on their terms. Featuring Melody Severns (GDG founder, WB Animation, and Simpsons artist), Noelle Raffaele (WB director, DC Super Hero Girls), Danni Shinya Luo (world celebrated illustrator), and Lisa Dosson (Disney storyboard artist).

Below are some of the announcements already made for SDCC 2019. Keep an eye here tomorrow for more SDCC announcements! 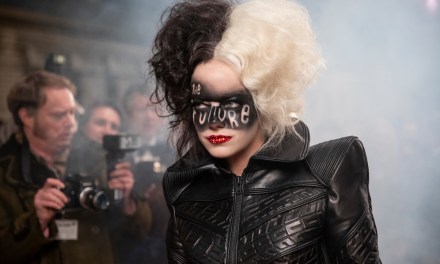