A sign at the entrance provides further background on the displays.

Since its hinges first creaked open in 1969, The Haunted Mansion has welcomed generations of Guests and Ghouls alike to tour the ghostly retreat. Yet contact between the earthly plane and the boundless realm of the supernatural was not easy to establish; it took over 15 years for the happy haunts of the Haunted Mansion to materialize.

During that time, Walt Disney Imagineers were faced with the “chilling challenge” of deciding what a haunted house attraction at Disneyland should be. Should the ghost be grinning or should they be grim? Should the attraction focus on the “hot and cold, running chills” of its setting or the “wall-to-wall creeps” that inhabit it?

In celebration of 50 years with our Grim Grinning Ghosts, the Disney “Ghoul-ery” invites you to a special “viewing” of the haunted mansions residence as they appeared in their corruptible, concept state. Kindly step all the way into explore the erie evolution of the haunted mansions design, from a walk-through attraction at the top of Main Street U.S.A., to a “Museum of the Weird,” to the ghoulish delight that we know today! As you trace the attraction’s “disquieting metamorphosis,” you’ll discover how Walt Disney Imagineers made final arrangements for a Haunted Mansion that was both silly and spooky by building off the sympathetic vibrations of each other’s ideas.

Now as they say “look alive,” and we’ll continue our little tour… 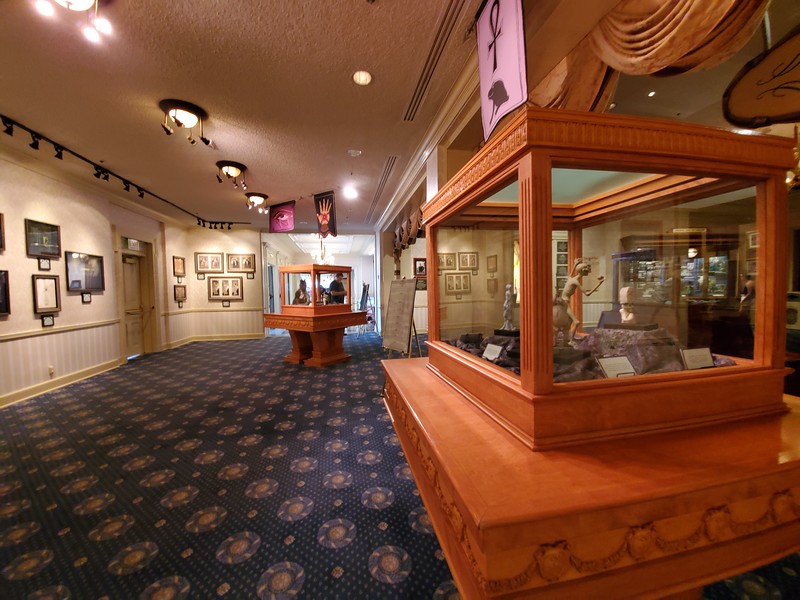 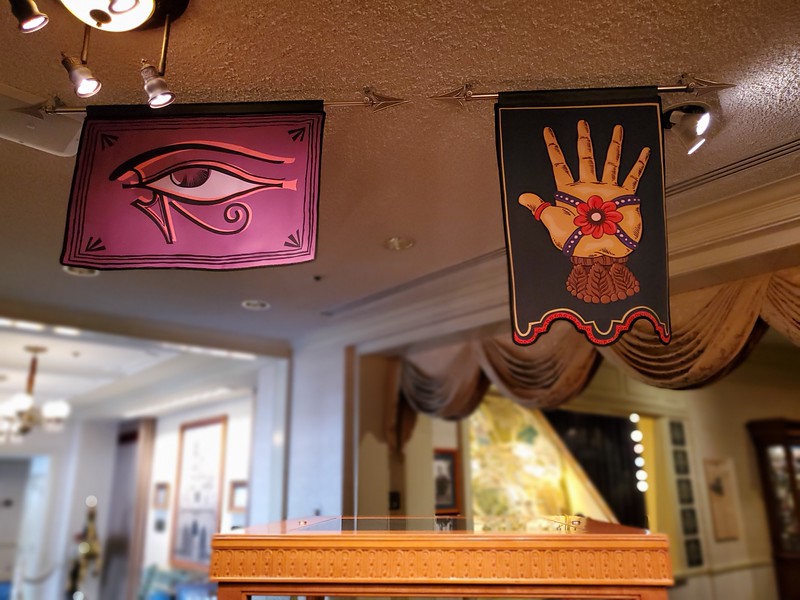 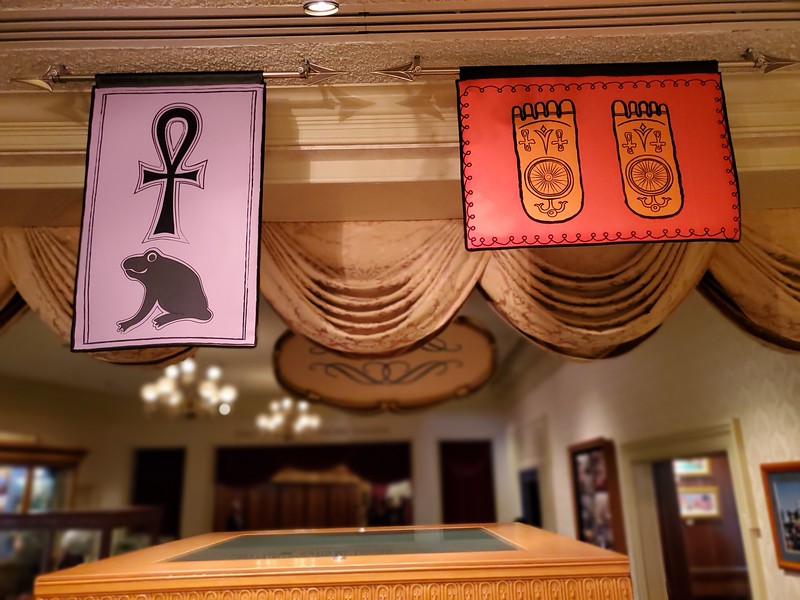 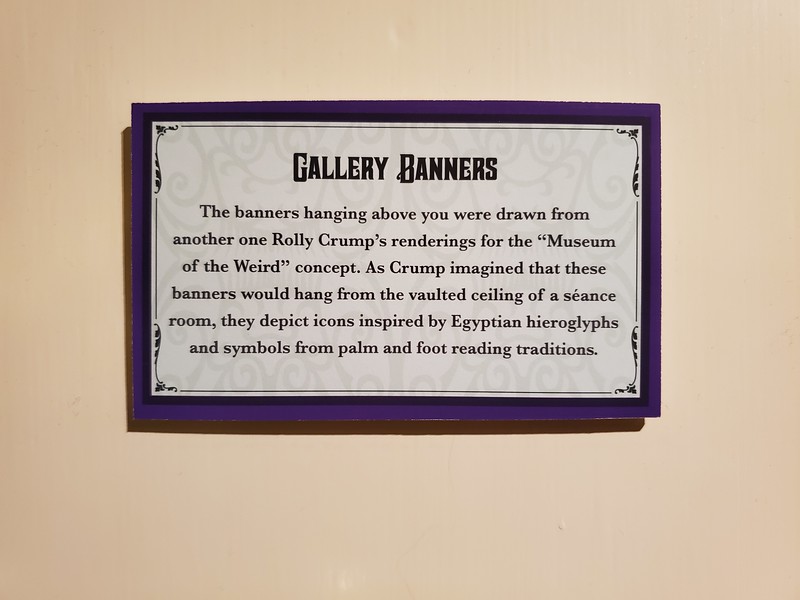 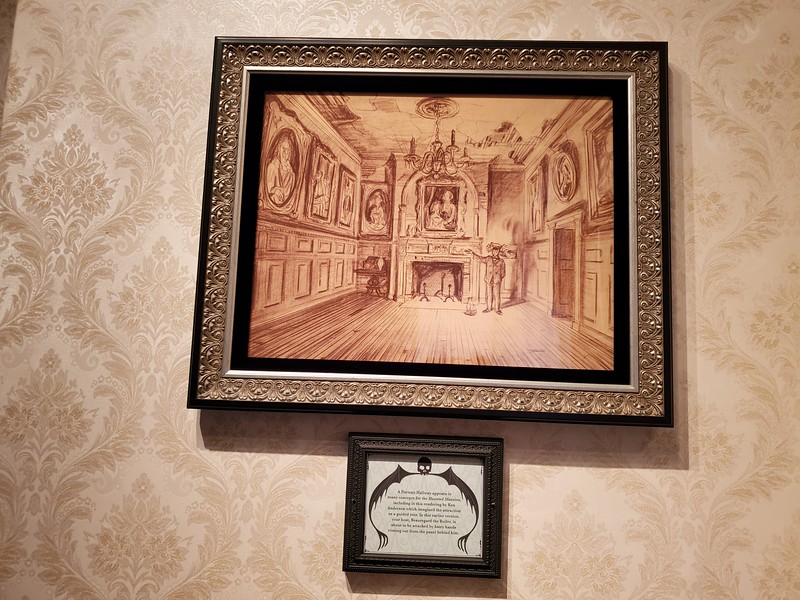 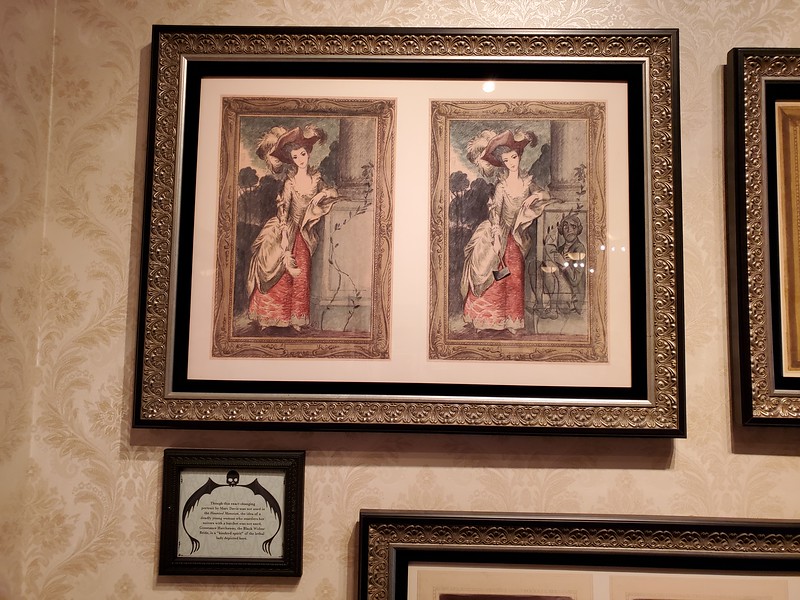 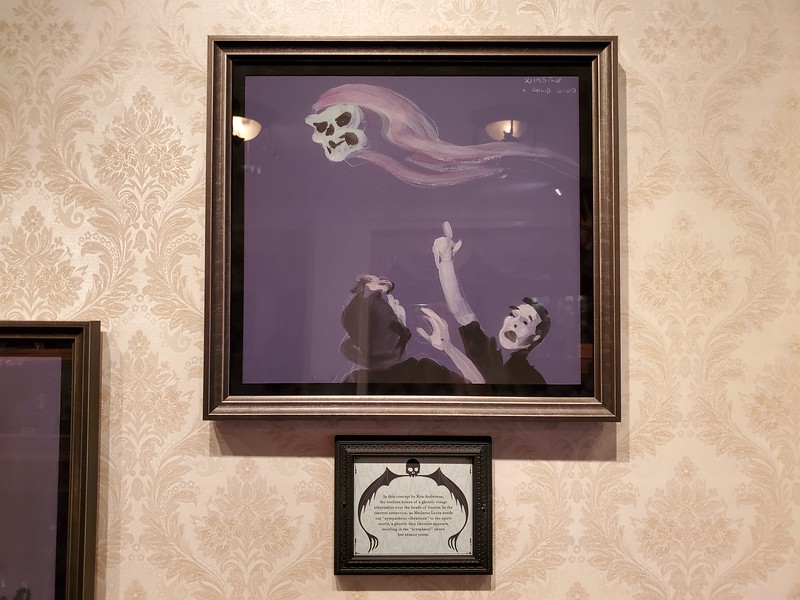 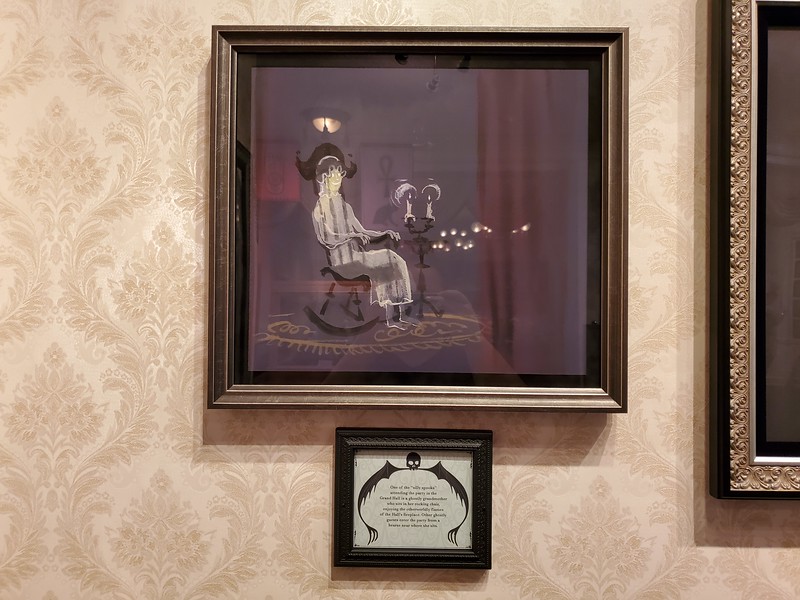 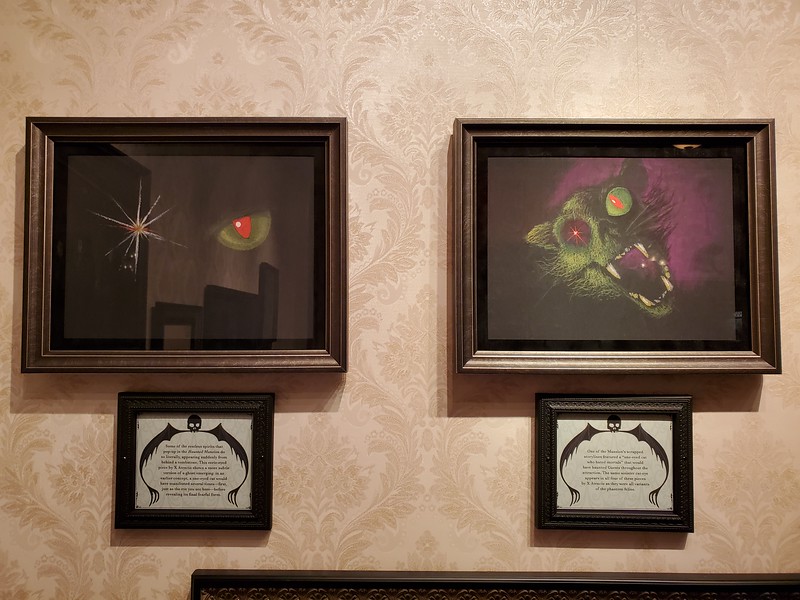 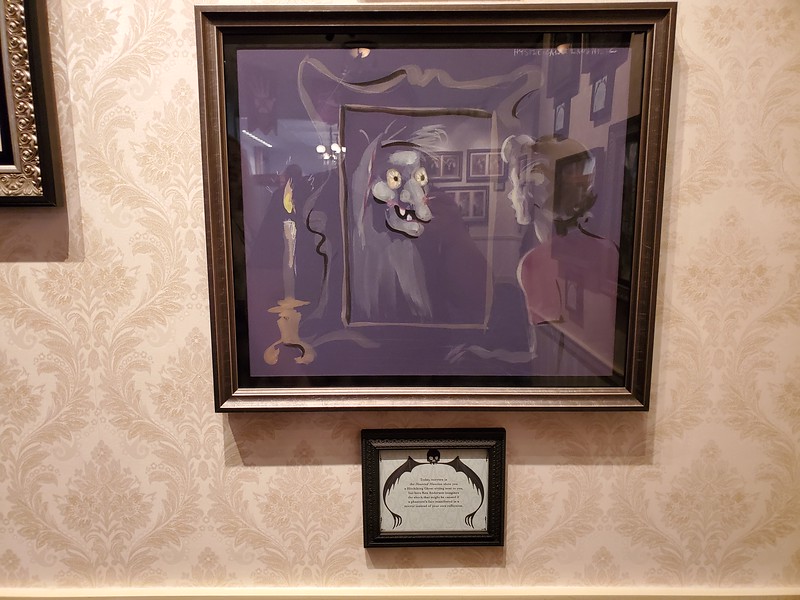 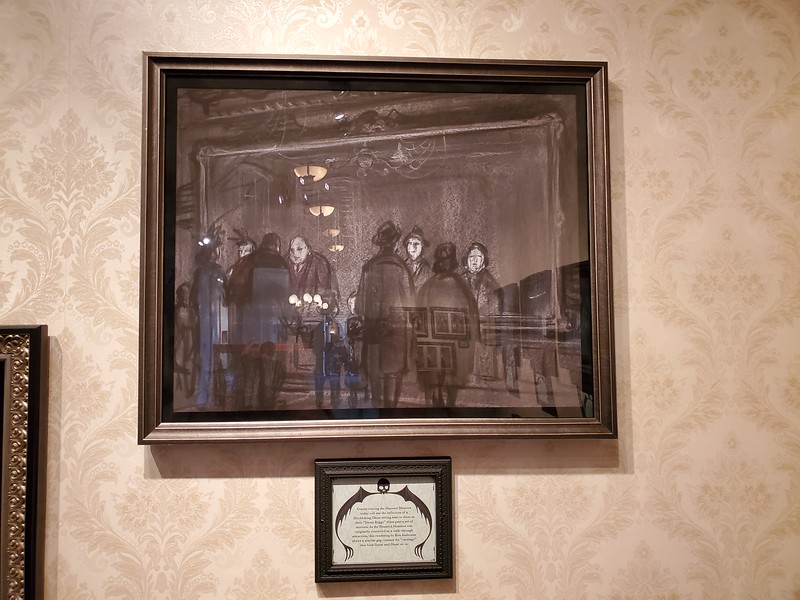 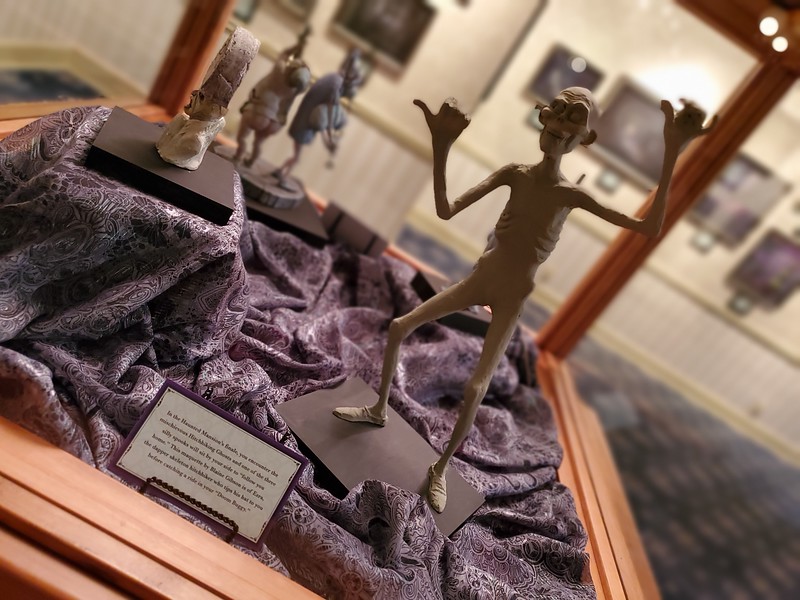 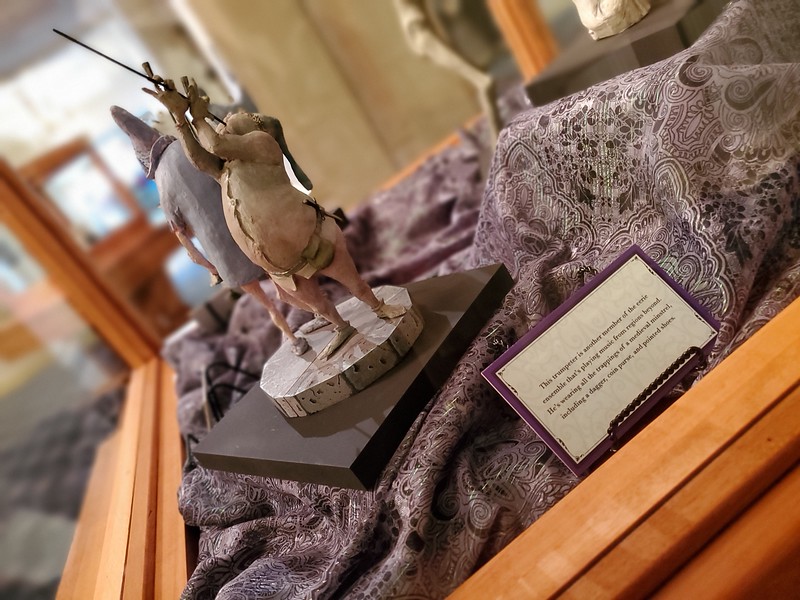 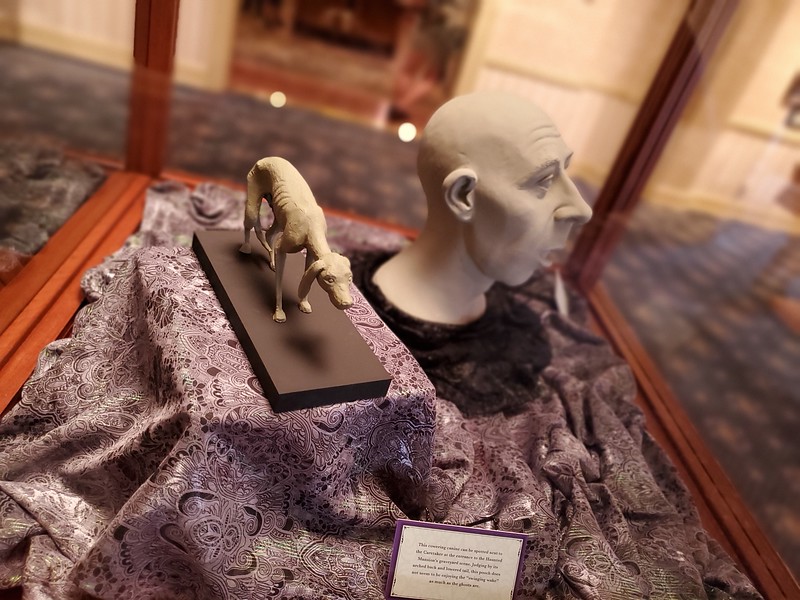 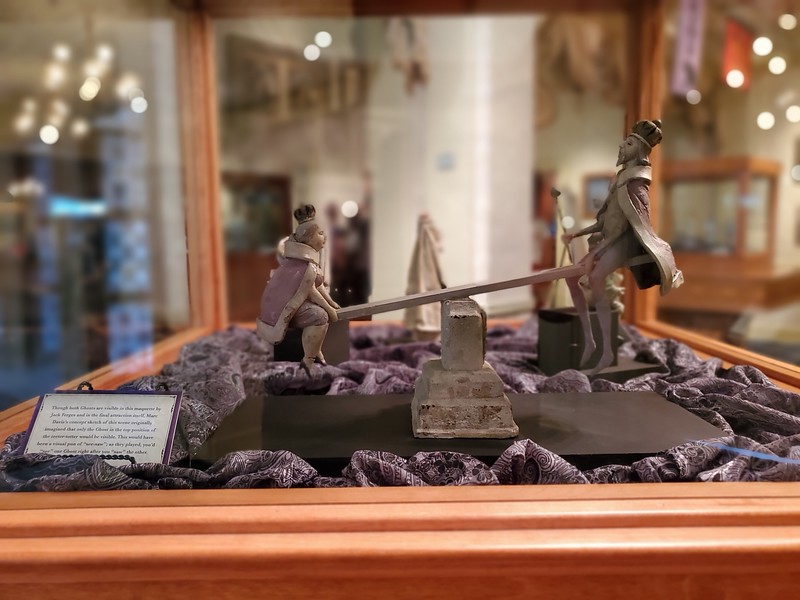 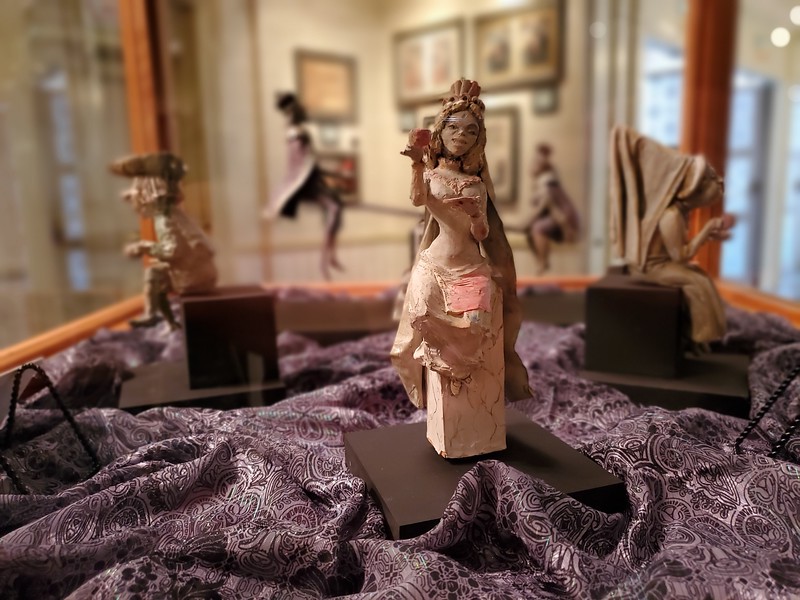 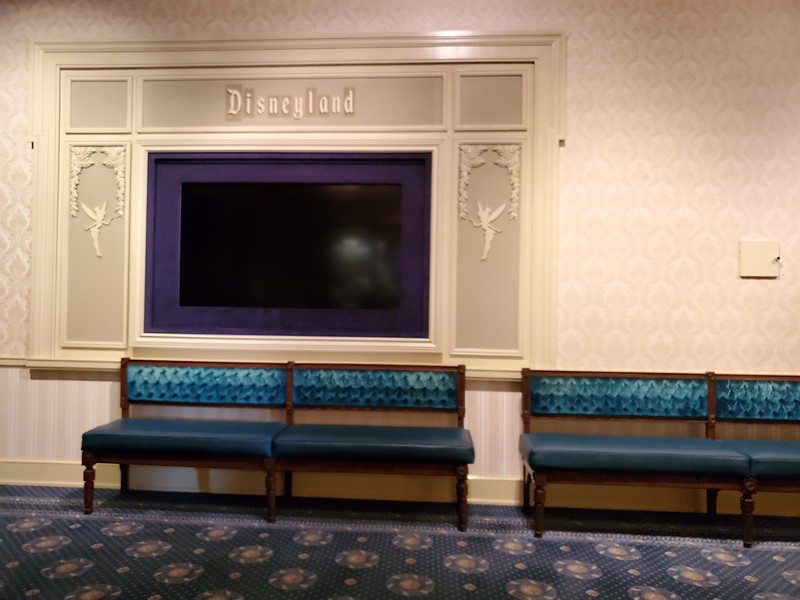 The Disneyland Story was not playing on Saturday. Sounds like a new presentation about the Haunted Mansion will be running here.