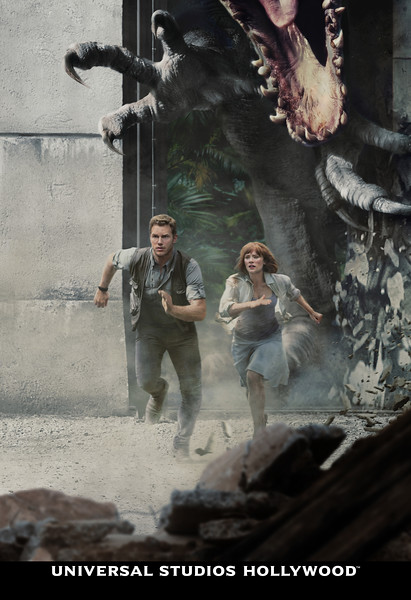 With the debut of Jurassic World—The Ride just around the corner, Universal Studios has confirmed that the landmark re-do of the attraction will also feature Chris Pratt, Bryce Dallas Howard and BD Wong who will reprise their roles as Owen Grady, Claire Dearing and Dr. Henry Wu!

This spectacular new ride promises original storyline that will take guests on a breathtaking excursion through the theme park as depicted in JURASSIC WORLD.

As part of original content created exclusively for the new ride, Owen, Claire and Dr. Wu will shed light on their interactions with the dinosaurs along with facts and information about the imposing prehistoric creatures that first roamed the earth more than 65 million years ago. This marks the first time the cast will appear as their iconic characters outside of the JURASSIC WORLD films for a theme park attraction.

The attraction is a lot more indoors than it was before but several scenes in the attraction will be intuitive to help match the actual day that guests are experiencing in the park. For instance, the new  Mosasaurus Aquarium Observatory will feature a series of lighting enhancements allowing the aquarium to intuitively shift from day to night, as well as visual changes to the environment during inclement weather.

Universal Creative collaborated with Industrial Light & Magic (ILM) to bring the Mosasaurus to life and to capture the realism of her underwater environment using a combination of spectacular visual effects and cutting-edge technologies, including the use of motion parallax, a technique that shifts the guest’s perspective of the Mosasaurus as she moves throughout the tank. Appearing to span over 60 feet in length and tipping the scales at over 30K pounds through stunning state-of-the-art visual effects, the Mosasaurus is a sight to behold as she moves just inches away from guests throughout her glass enclosure filled with the equivalent of 3.5 million gallons of water.

PICTORIAL: Back to Batuu, Soarin’, and Disneyland Forever plus Emotional Whirlwind, Pixar Pals and more! 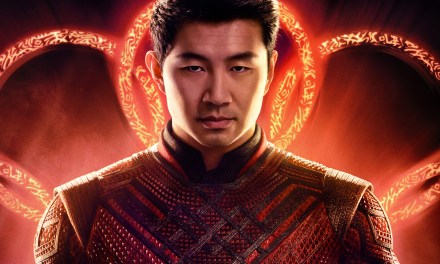 WATCH: SHANG-CHI AND THE LEGEND OF THE TEN RINGS offers teaser trailer, poster ahead of Sep. 9 debut