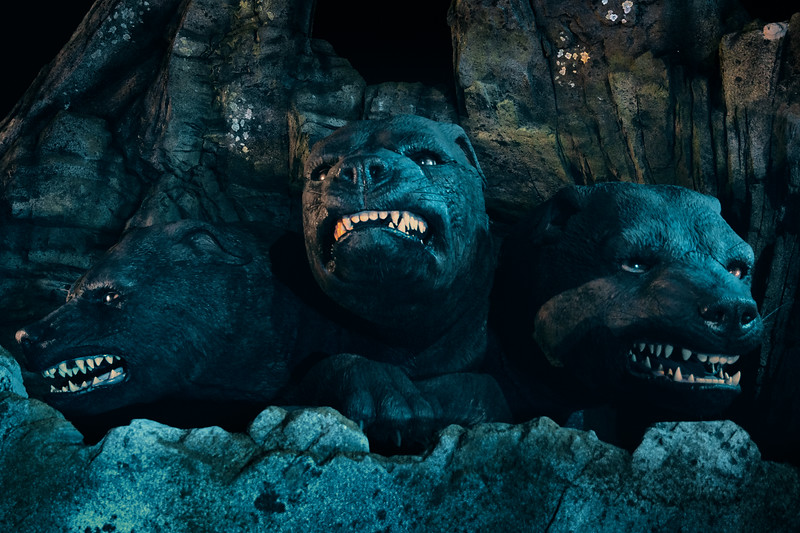 Universal Orlando Resort is unleashing looks every day this week (through April 19) at the inhabitants that will be featured in Hagrid’s Magical Creatures Motorbike Adventure. We’ll update this post as more info becomes available.

Fluffy is a giant three-headed dog that’s known for being the trusted guard dog of the Sorcerer’s Stone.Proceed with caution – he’s a guard dog first and foremost. And, as many of you know, Fluffy has a weakness – he falls asleep to the sound of music. In this new adventure, Fluffy weighs 8,000 Ibs., which is roughly as big as two standard Muggle cars. 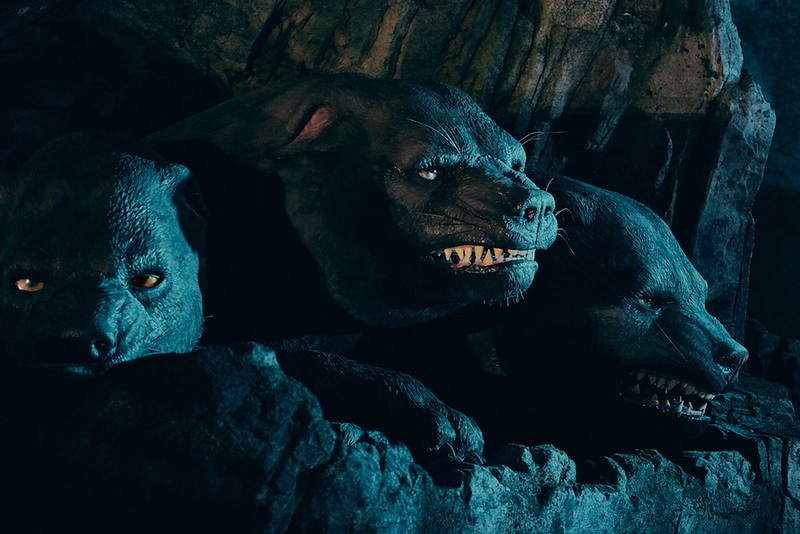 Cornish pixies are electric blue tricksters who love to create mischief – often at the expense of others. You’ll see these troublesome creatures wreaking havoc on an infamous blue car… and in places you may not expect. They’re about 13 inches tall and you’ll find more than 20 pixies throughout your adventure. Happy hunting!

Devil’s Snare flourishes in damp, dark environments and it has a strong dislike of light and fire – remember that for your journey! You may even find yourself entangled in a thicket of this dangerous plant but remember to remain calm! If you don’t, you may end up entangled in hundreds of its vines…

A Centaur is a magical creature with a human head, torso and arms, joined to a horse’s body. Look out for this mysterious archer in the distance ready to strike. He stands at 8 ft. tall, which would probably make him a great athlete in the Muggle world.

For the first time ever, you’ll be able to come face-to-face (or face-to-rear) with a Blast-Ended Skrewt. Described as a cross between scorpions and elongated crabs, Skrewts aren’t afraid to attack other Skrewts they encounter and have incredibly strong armor that can’t be penetrated by spells – proving to be a challenge for Hagrid since they hatched. Skrewts create actual fire from their ‘blasting-ends,’ igniting at random intervals – so be wary during your encounter. Even if you’re far enough to avoid their fire, watch out as you may still catch a whiff of their powerful scent… known to smell like rotting fish

You’ll encounter Blast-Ended Skrewts up to 8 feet long with tails up to ten-feet high and topped with a massive stinger. As you may have read in the book, Hagrid created these unique creatures by crossbreeding Fire Crabs and Manticores – fierce creatures in their own right. 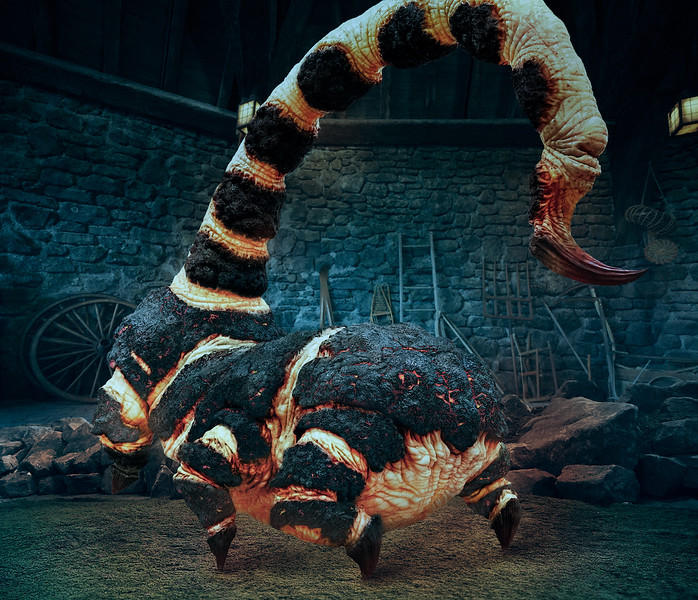