Another issue of the fabulous Disney twenty-three magazine is coming and for Spring 2021 it will don a full wrap-around cover featuring Disney’s upcoming RAYA AND THE LAST DRAGON!

Other stories to look out for include peeks at FALCON AND THE WINTER SOLDIER plus a chat with Cynthia Erivo on GENIUS: ARETHA, Joe Rohde on his time with Imagineering, Ron Howard on working with Disney, John Stamos on upcoming BIG SHOT series, and much much more!

A stunning fine art print of RAYA AND THE LAST DRAGON concept artwork created by Disney animator and artist Paul Felix will be available exclusively to D23 Gold Members on shopDisney starting March 8, 2021 in a limited edition of 500.

Also included in the Spring 2021 issue of Disney twenty-three:

Disney twenty-three, which is delivered directly to fans’ doorsteps, is offered exclusively to D23 Gold and Gold Duo Members as a benefit of their membership. The latest issue will begin arriving before the end of February.

School grants, Disneyland tickets and more for OC students who make a difference with new program 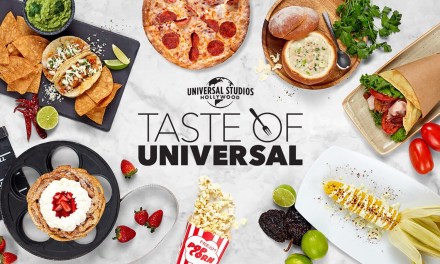