RALPH BREAKS THE INTERNET stormed box offices last year and now he’s looking to break your home viewing screens too with the upcoming release of the film on Digitally in HD, 4K Ultra HD™  and Movies Anywhere and on  and on 4K Ultra HD and Blu-ray™.

* Bonus features may vary by retailer. 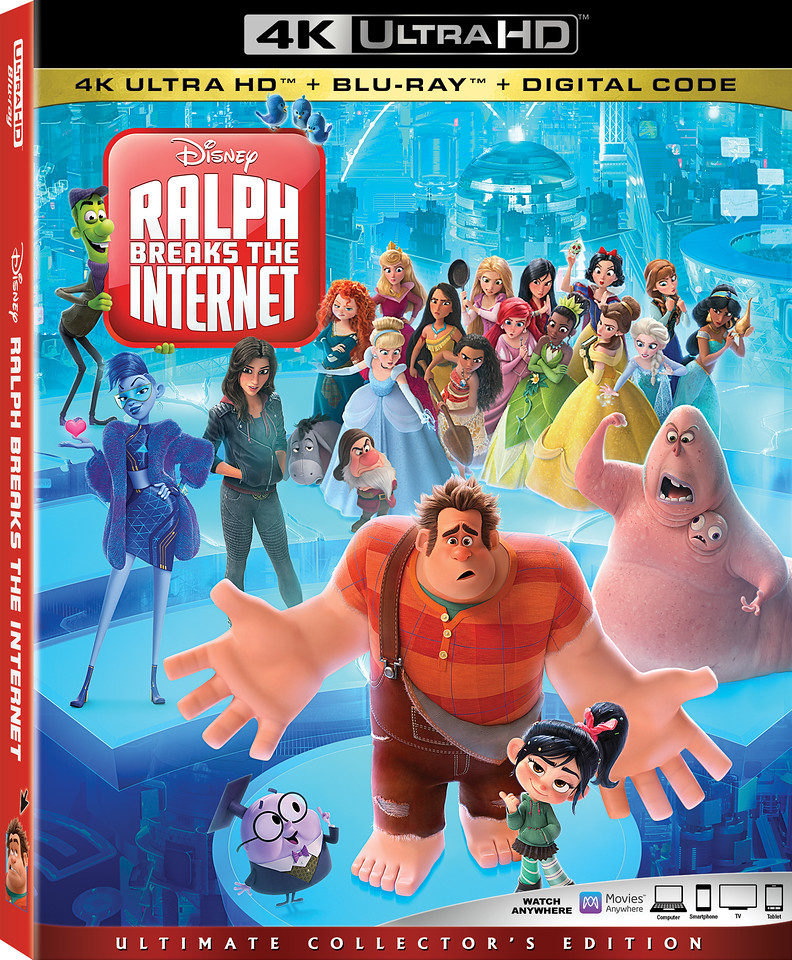