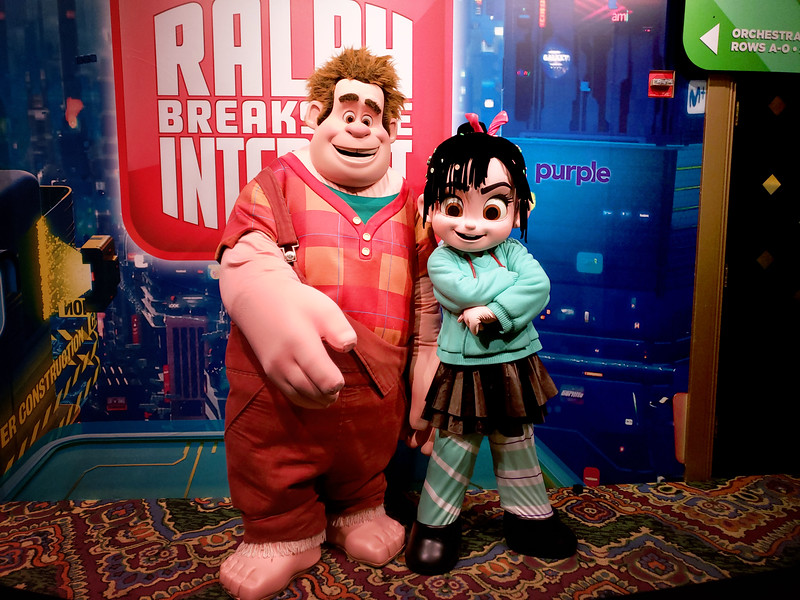 There’s truly no better place to see a Disney movie than at the El Capitan Theatre in Hollywood and if you’re planning to see RALPH BREAKS THE INTERNET soon then you’ll want to head over to the historic movie palace in Hollywood before December 16!

We were invited to come check out everything the theater had to offer for this limited engagement and got some one on one time with the Ralph and Vanellope before being treated to a fun light show before the movie started. The theatre lobby itself has been transformed to resemble the internet depicted in the film and there’s even a Sugar Rush game cabinet but… just like in the movie, it’s broken!

There’s no special exhibit downstairs for this picture which is a little bit of a bummer but since it’s not a live action piece there’s not a whole lot of physical props that could really be shared. Still we were sad to see that element missing for this feature. Of course, the crystal clear presentation of the film was as magnificent as ever and the Studio Store next door has a small smattering of purchaseables. 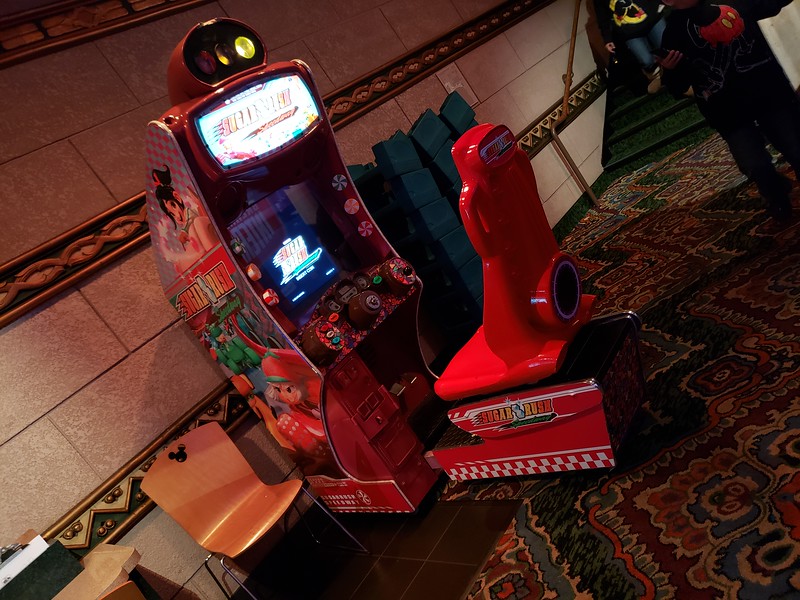 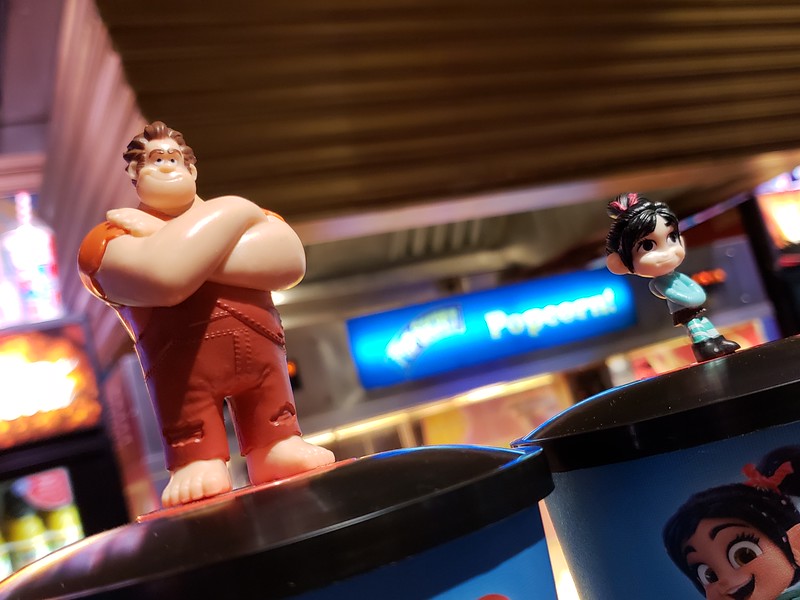 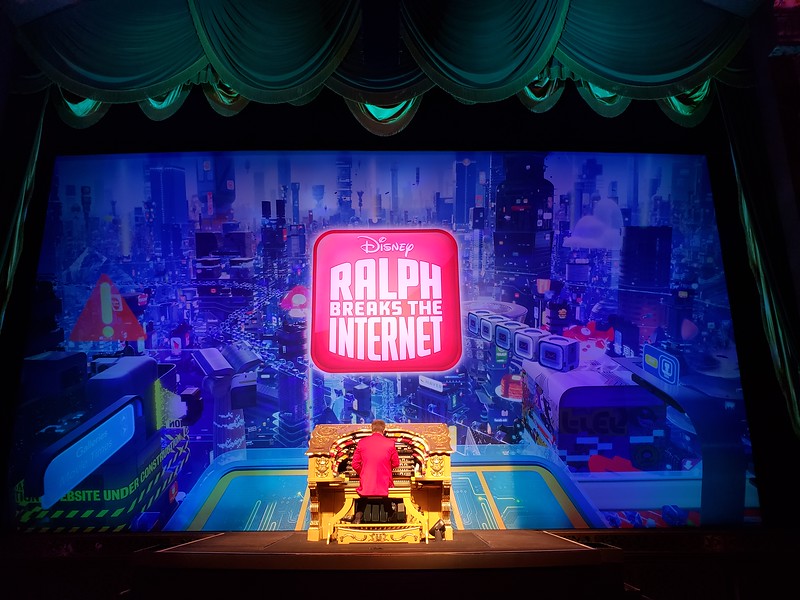 Theatre organist Rob Richards warms up the crowds at most performances. 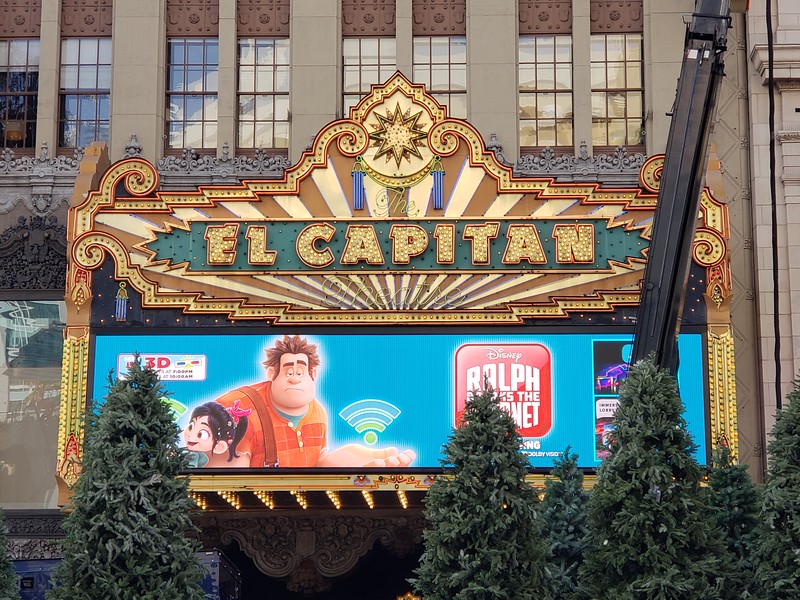 The taping of the Hollywood Christmas Parade had the marquee a little obstructed on our visit.