SHARE YOUR EARS is back once again in support of Make-A-Wish. All you have to do is… well share your ears on social media! From now through November 17, 2018, Disney will donate US $5, up to a total of US $2 million, to Make-A-Wish for every public photo posted showing off “Mickey Mouse ears”—or any creative “ears”— on Facebook, Instagram or Twitter using the hashtag #ShareYourEars.

Disney has helped grant more than 130,000 wishes during its 40-year partnership with Make-A-Wish, including one out of every two wishes in the United States. Chapek also recently joined the Make-A-Wish America board of directors.

The 2018 SHARE YOUR EARS campaign kicked off last night during Mickey’s 90th Spectacular on ABC with a segment from Robin Roberts, award-winning broadcaster and co-anchor of ABC’s Good Morning America, on the significance of wish granting. The elegant affair featured star-studded musical performances and moving tributes in celebration of Mickey’s 90th anniversary.

SHARE YOUR EARS is part of the Disney Team of Heroes philanthropic initiative and outreach program to deliver comfort and inspiration to families around the world. In March 2018, The Walt Disney Company made a five-year, US $100 million commitment to reinvent the patient and family experience in children’s hospitals and is working with children’s wish-granting organizations around the world to fulfill wishes for children facing critical illnesses. 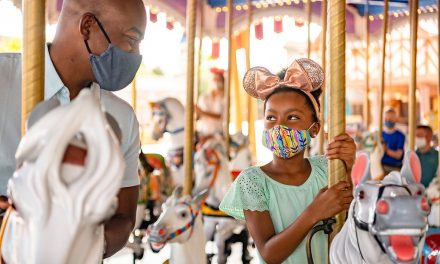