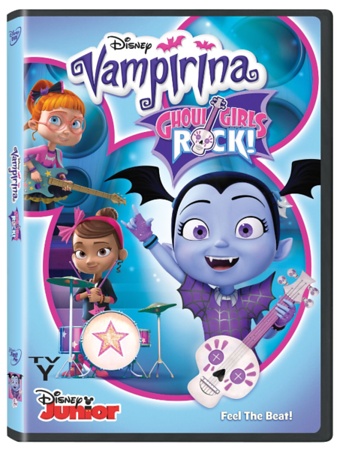 Disney’s Vampirina: Ghoul Girls Rock is sure to be a hit with its creative plot lines and toe-tapping music videos. Follow Vee (Vampirina), Bridget and Poppy as they learn that even though we may look different from each other we all want to be accepted and enjoy life to the fullest. And one way that they accomplish this is starting a band that showcases each girls individual strengths. And the BONUS shorts are the music videos of the girls songs!

This adorable band of girls comes together throughout the episodes to help Vee feel like she belongs in Pennsylvania. And in turn, they are exposed to her life in Transylvania and her entertaining family and friends. One of my favorite characters is Gregoria, the gargoyle, played by Wanda Sykes. Which you know means there will be plenty of humor for all!

My family and I have been watching the show since it was released last October (2017). At first I wasn’t sure it would make it past Halloween since it seemed so seasonal specific at the time. But we became completely hooked and are so excited they will be having a third season.

This DVD, Vampirina: Ghoul Girls Rock has been my kids favorite collection though! The BONUS Music Video Shorts are awesome! My living room temporarily turned into a serious dance floor and the kids wanted the songs played over and over again. They declared it a complete hit and I think your kids will love them too! 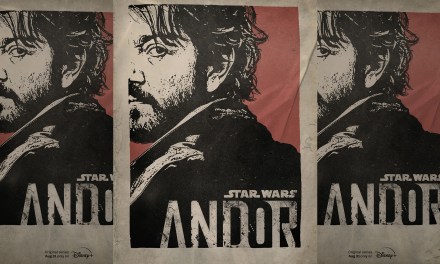