Summer is here and even though Pixar Pier has officially opened, there’s still a lot going on. From finishing touches on Pixar Pier to major construction on Star Wars: Galaxy’s Edge the parks are hopping with activity. OUTSIDE of the parks Disney is building a massive new parking structure and preparing for a brand new hotel that will demolish a significant chunk of the shopping district Downtown Disney which itself is also getting some major work done.

We’ll have a nice little merch run for you at the end too in this quickie but goodie pictorial update. ENJOY!

Pixar Pier is officially open and we’ve got your EXTENSIVE look inside the newly-imagined take on the classic boardwalk. 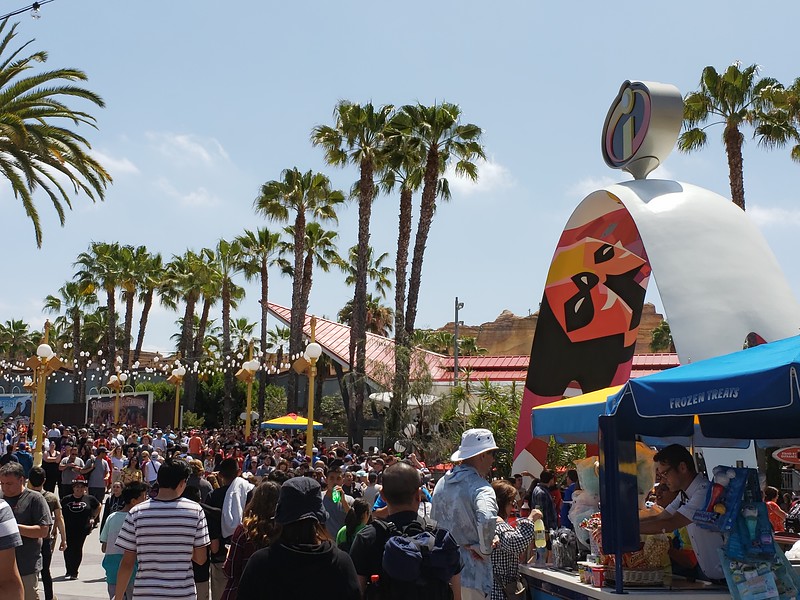 The mornings seem to be the busiest for Pixar Pier after which the wait times and crowds seem to level out to normal levels.

A 35-minute wait in the morning

Within about an hour it went up to 70 minutes.

Fastpass for Incredicoaster and Toy Story Midway Mania are both found under the same roof.

Mini Zurg has arrived at the Poultry Palace.

New artwork on the side of the Poultry Palace. 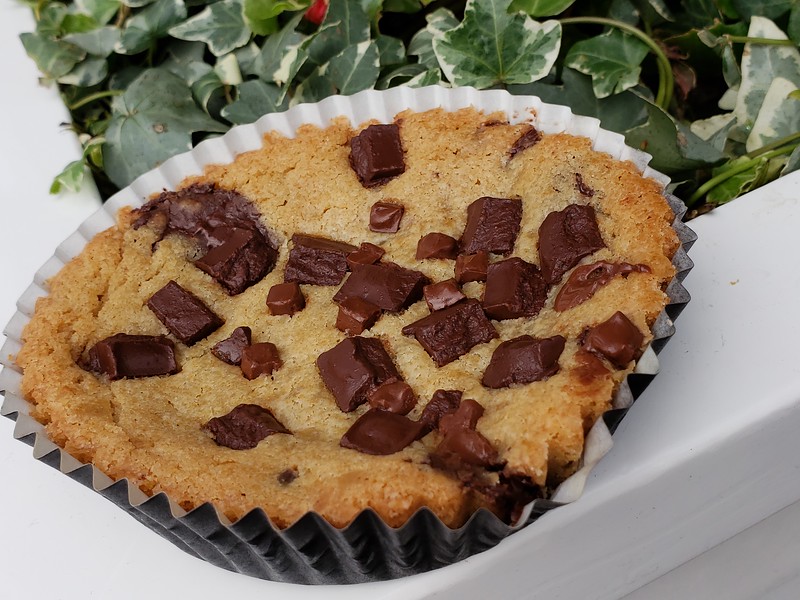 This requires careful coordination. Near the Incredicoaster, purchase Jack-Jack’s Cookie Num Num ($6 even) then take it up to Adorable Snowman’s Frosted Treats and purchase a small vanilla cone ($4.08) and don’t forget to grab a spoon. Then enjoy! 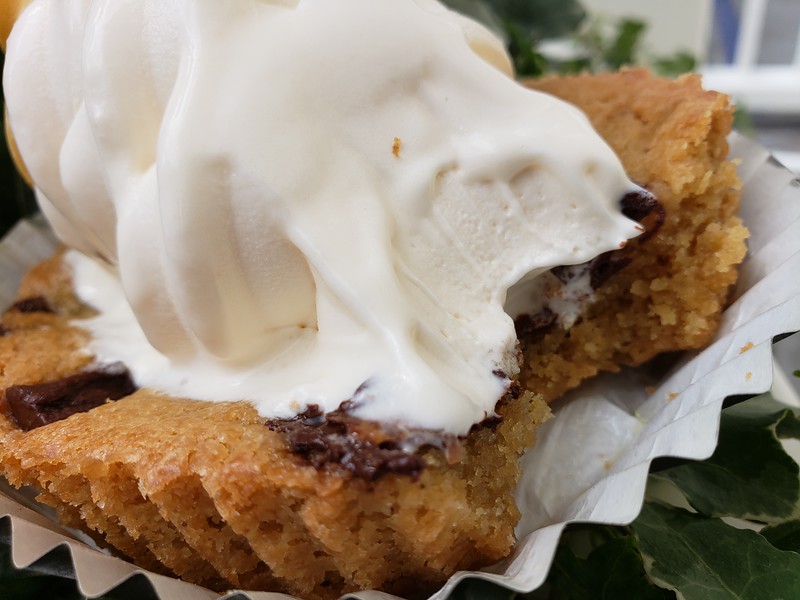 But that’s not our only Pixar Pier Food Hack…

Pro Tip! Take your Poultry Palace chicken over to Angry Dogs and you can douse them in Anger's Raging Buffalo Hot Sauce. #PixarPier🎡 pic.twitter.com/rORsVATwQ5 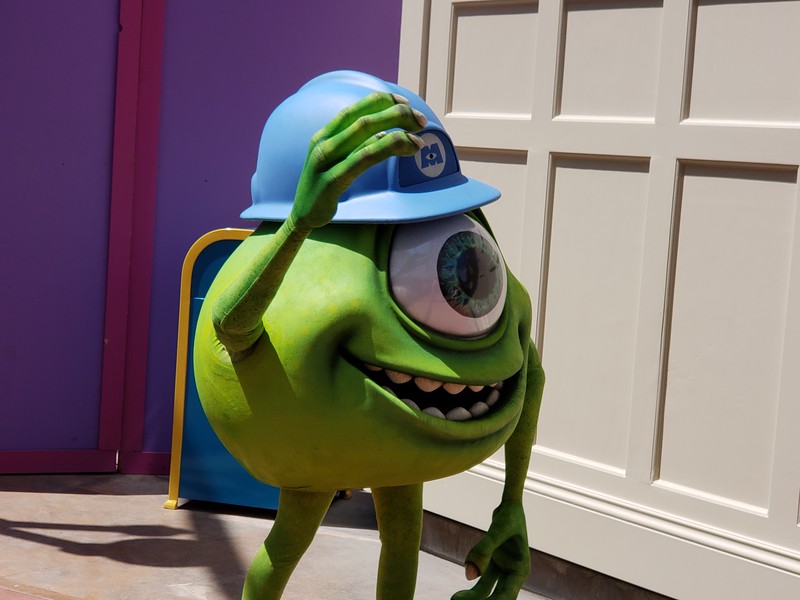 You never know who you’ll run into at Pixar Pier! 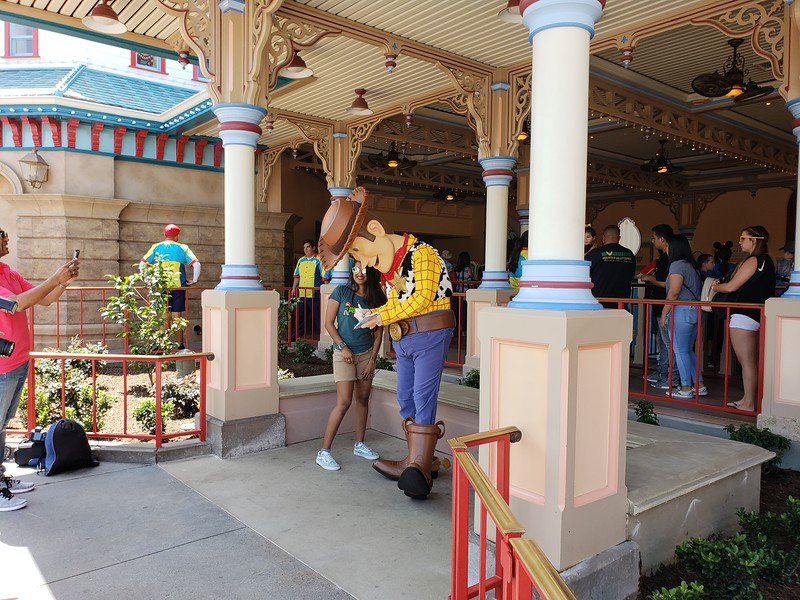 Pixarmonic Orchestra are shoehorned here and it’s quite awful. Whereas before they were in an area with plenty of shade and seating, they’re now constrained to an awkward space on a walkway with virtually no shade for them or onlookers. While good on paper, this change for the show seems to be a downgrade for what is a very entertaining and unique entertainment offering. Hopefully they’ll be moving back over to the Paradise Gardens Stage very very soon.

Still missing some neon on the Lamplight Lounge marquee.

Lines near opening for the upstairs lounge.

Inside Out Emotional Whirlwind

Inside Out Headquarters in Pixar Pier will feature a brand new ride, the Inside Out Emotional Whirlwind. Concept art seems to confirm that the Flik’s Flyers attraction from “a bug’s land” — which is set to close permanently this fall — will be repurposed on the site of the former Maliboomer attraction with a res-kin to bring it into the world of INSIDE OUT.

June bloom across from the defunct Bug’s Life Theater.

Tropical Hideaway is still quite hidden for now. 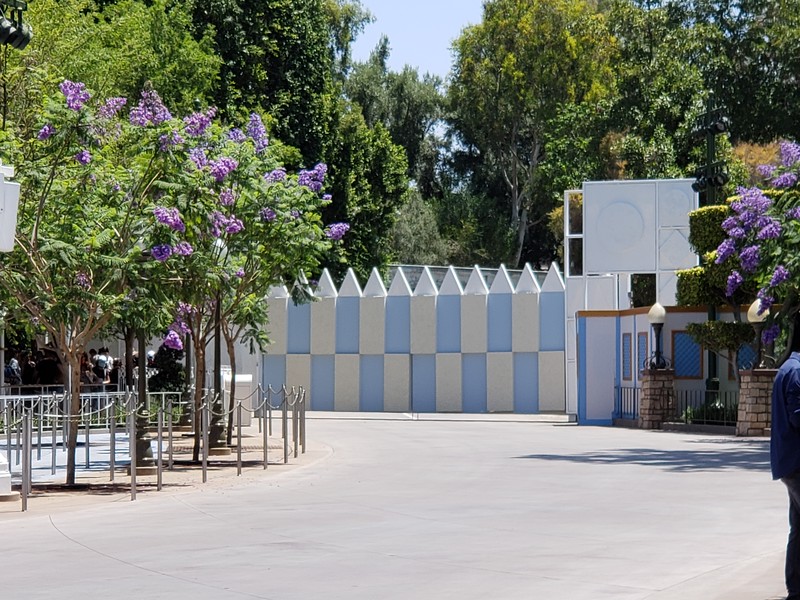 Small World parade gate seems to be coming along ever so slowly.

Curious as to the modifications here!

Still haven’t happened upon Redd in the parks but we did run into this scallawag. 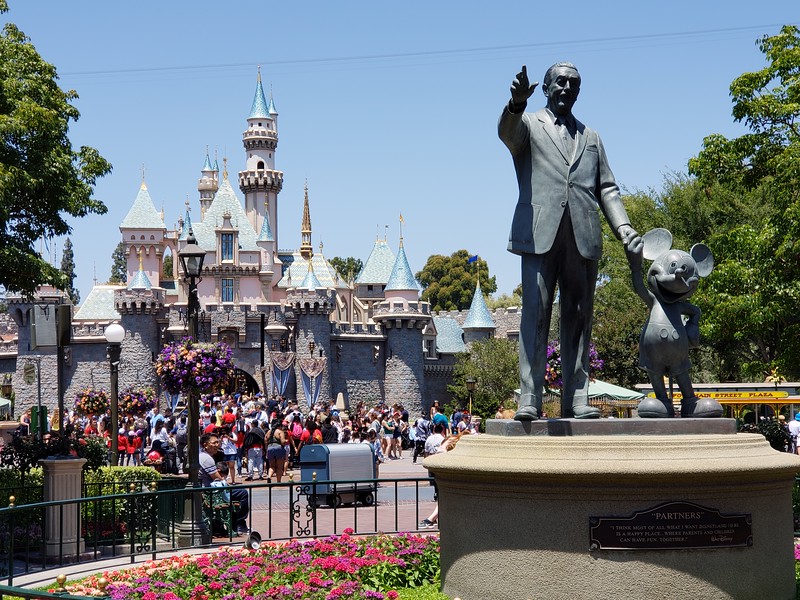 Still in need of some TLC.

I call this the Pumpkin Spice Latte of Disneyland photography.

You got it, dude.

The fully completed store should re-open this fall.

Everything west of the monorail in Downtown Disney is now closed. Bulldozers this summer will soon raze this area to make way for Disney’s new hotel.

Virtually all of Downtown Disney is getting updated with new looks and new tenants.

Napolini is now closed for its refurbishment as part of the big reworking of it and Naples.

The space above Salt & Straw will remain part of Naples. The new design will have a modern, European feel emphasizing clean lines and Italian-inspired patterns. 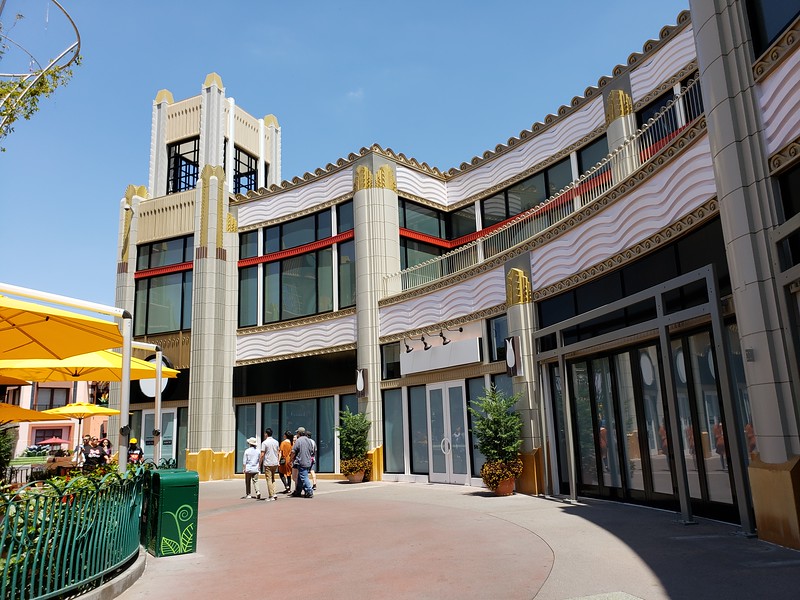 Ballast Point and Black Craft will be neighbors soon.

Decided — and quickly regretted (as always) — to park at the Toy Story Parking Lot.

Looks like all the signage was refreshed with the same artwork.

Rejoice, rejoice! A new YOU ARE HERE collection Starbucks mug has been released at Disneyland featuring New Orleans Square, Pirates of the Caribbean and Haunted Mansion! 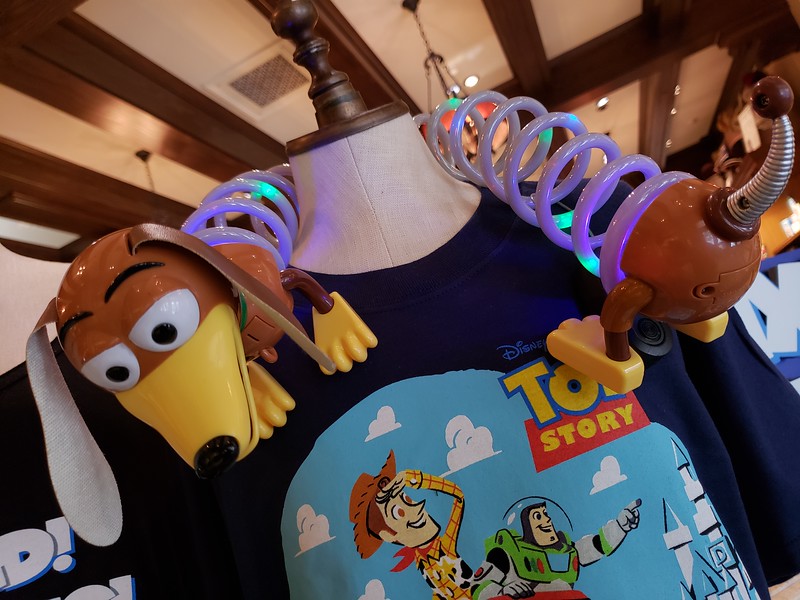 These cute little guys arrived late to the party and were not available at the press merch preview last week. Light-up Slinky Dog will set you back $30 each.

Pixar Dooney and Bourkes available behind the counter at Knick’s Knacks.

Didn’t see these around last week either, Pixar specific autograph book and pen!

Nemo and Dory scrunchies… why not?

Incredibles merch still all over the place.

What year is it??

This summer it’s a full-blown Pixar Fest at the Disneyland Resort and every inch of the property is ready for the celebration. A whole bunch of new entertainment, food, shopping, decorations, and more have debuted and are ready to enjoy now though September 3! That means there’s 64 days left to enjoy! 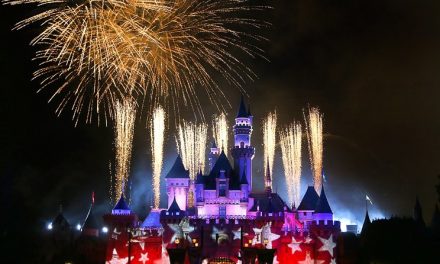 PICTORIAL: You have to visit Santa in this magical forest setting for the #DisneyHolidays!