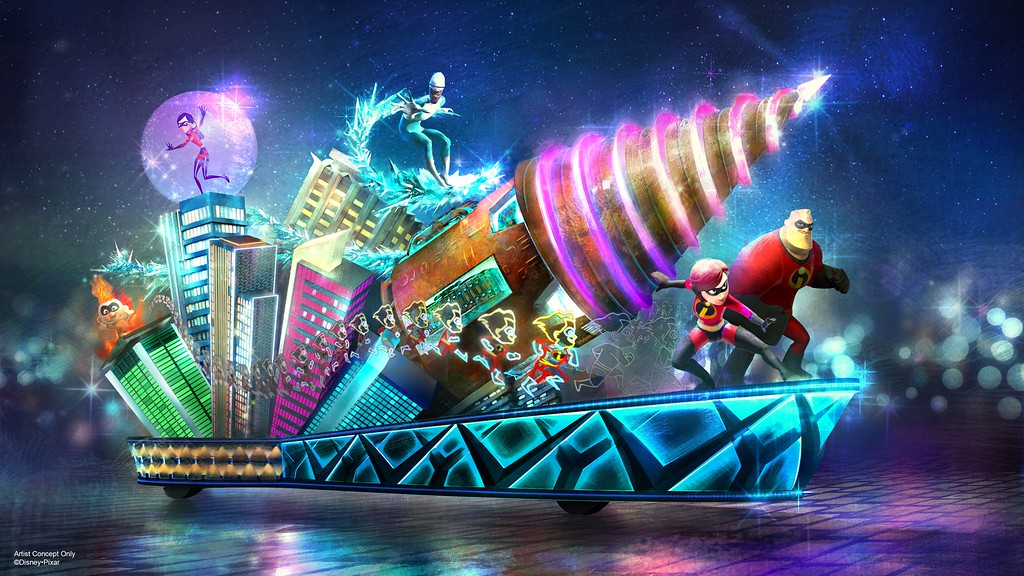 The previously announced INCREDIBLES float coming to PAINT THE NIGHT will be debuting on June 23! That means it will be available just in time for the debut of Pixar Pier at Disney California Adventure, too.

Mr. Incredible, Mrs. Incredible and Frozone showcase their super skills as they take on their latest threat, The Underminer. Mr. and Mrs. Incredibles’ teen daughter Violet, along with their sons Dash and Jack-Jack, also showcase their unique powers in surprising new ways, as shown through dynamic and innovative visual technology. Like other elements in this spectacular parade, the new float comes to life through a series of dazzling LED lights, new music elements and more.

PAINT THE NIGHT recently returned to the Disneyland Resort for Pixar Fest, the limited-time celebration of friendship and beyond, running now through Sept. 3, 2018. PAINT THE NIGHT parade is currently making its way through Disney California Adventure Park with more than 1 million brilliant lights, high-energy music and cutting edge special effects featuring many beloved Disney and Pixar pals.

About the New Float

Pixar Fest is a massive celebration taking place now at the Disneyland Resort through September 3, 2018. 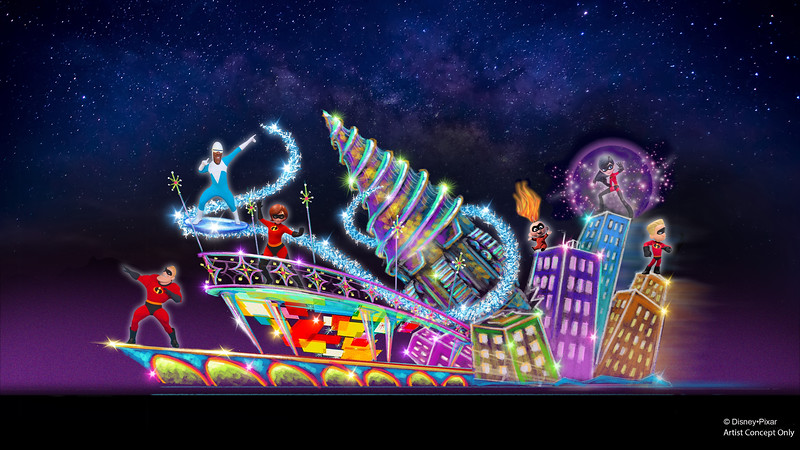 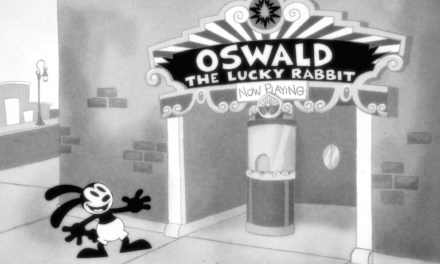 WATCH: New ‘Oswald the Lucky Rabbit’ hand-drawn short is his first with Disney in 94 years!