Disney always goes about hiding little things in their movies and sometimes in their trailers for upcoming movies and RALPH BREAKS THE INTERNET: WRECK-IT-RALPH 2 found plenty of ways to do the same. As we were watching the trailer, we couldn’t help but notice quite a few little gems in the 2-minute trailer.

The Sequel Takes Place 6 Years After the First

You can see the marquee for Litwak’s Family Fun Center Arcade is celebrating SVZY’S 11th birthday. In the first film, that marquee was celebrating her 5th.

You can see on the shelf behind him two commemorative Star Wars plates featuring Yoda and Chewbacca. Also, dig that brand new iMac G3. Those weren’t available until August 1998 so that hones us in a little closer to the movie’s exact time period.

Check out the the eBay listings behind Ralph and Vanellope including Aladdin’s “Magic Lamp” and Vladimir’s “Unicorn Figurine” (which we can assume is made out of ceramic). There’s a frying pan that we at first were going to proclaim as Rapunzel’s but it’s a little too modern.

It seems that aside from all the fake brands created for this internet world that a good number of paid placements are also included such as IMDb, National Geographic, TripAdvisor, Leboncoin, and YouTube Red. Wait, what year is it again?

We saw Bowser from the Super Mario world in the first film, could the giant mushroom in the city be a little hint that we might see a certain Italian plumber make a cameo in this sequel?

RALPH BREAKS THE INTERNET: WRECK-IT-RALPH 2 leaves Litwak’s video arcade behind, venturing into the uncharted, expansive and thrilling world of the internet—which may or may not survive Ralph’s wrecking. Video game bad guy Ralph (voice of John C. Reilly) and fellow misfit Vanellope von Schweetz (voice of Sarah Silverman) must risk it all by traveling to the world wide web in search of a replacement part to save Vanellope’s video game, Sugar Rush. In way over their heads, Ralph and Vanellope rely on the citizens of the internet—the netizens—to help navigate their way, including a webite entrepreneur named Yesss (voice of Taraji P. Henson), who is the head algorithm and the heart and soul of trend-making site “BuzzzTube.” Directed by Rich Moore (“Zootopia,” “Wreck-It Ralph”) and Phil Johnston (co-writer “Wreck-It Ralph,” “Cedar Rapids,” co-writer “Zootopia,”), and produced by Clark Spencer (“Zootopia,” “Wreck-It Ralph,” “Bolt”) 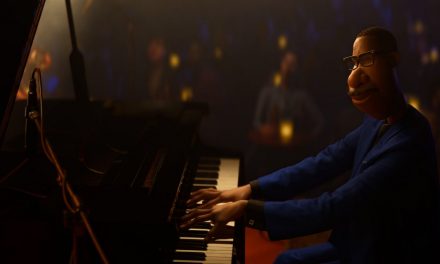