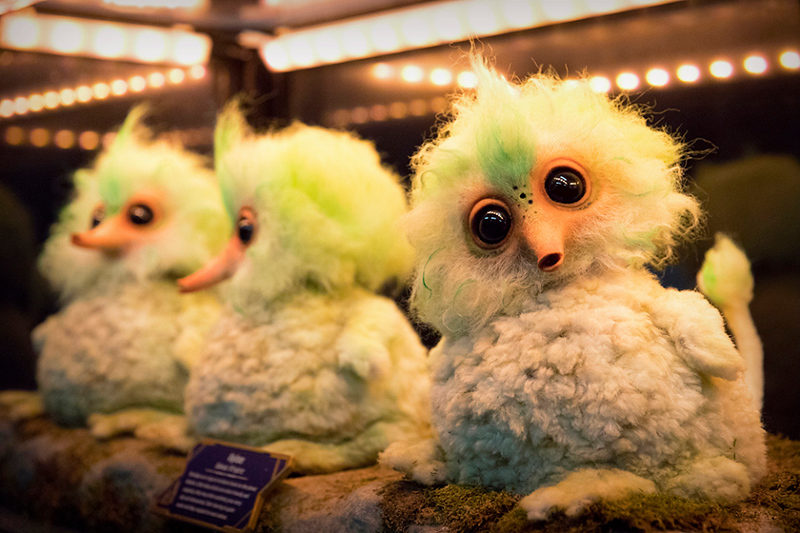 Straight out of left star-field, Disney announced today via the Disney Parks Blog that new creatures are now inhabiting Taneleer Tivan’s collection at Guardians of the Galaxy – Mission: BREAKOUT.

A flock of bird-like creatures called Vyloos — native to the planet Berhert, as seen in GUARDIANS OF THE GALAXY VOL. 2 — are said to be very responsive, friendly and outgoing – responding to noises and movement – but they can also suddenly become extremely shy and introverted.

According to Disney, “They may look adorable, but beware! These little birds have been known to defend themselves when threatened, so the Tivan Group has assured us that they will be kept fully enclosed in their glass display case at all times. As long as the fortress power source remains operational, they will be safely contained.”